Rocking chair designed to alleviate JFK’s chronic back pain auctioned off for $90,000

A rocking chair specially designed to help President John F Kennedy with his chronic back pain has been sold for $90,000 at auction.

The unique piece was used by JFK during his time in the White House to alleviate his excruciating lower back pain.

His physician, Dr Janet Travell, tailored the chair to his exact measurements and medical requirements. 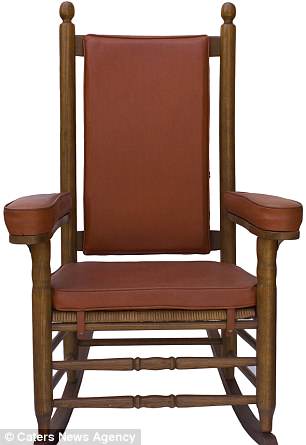 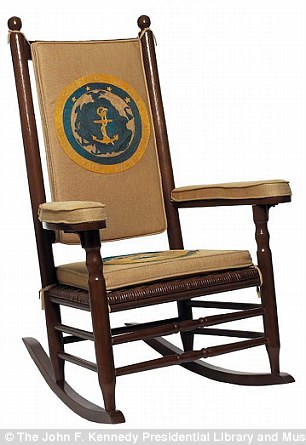 The rocking chair (pictured left and right) was designed to alleviate John F Kennedy’s chronic back pain, which plagued him throughout his college, military and political careers 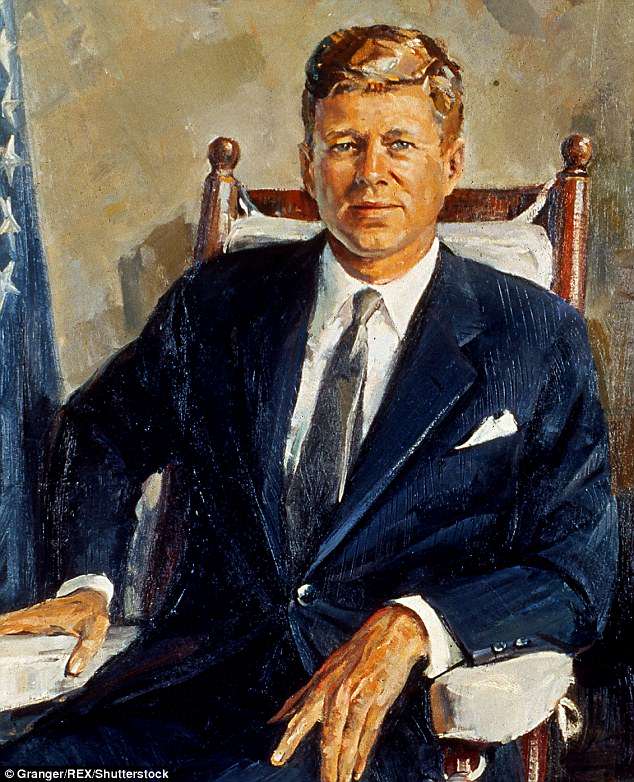 JFK was so fond of his bespoke chair he was painted sitting in it. Pictured: An oil painting by William Franklin Draper following a sketch in 1962

The late-President used the rocking chair to relieve back pain he sustained during World War 2.

He was also regularly administered Novocain injections and vapocoolant sprays, and took up swimming.

He had multiple failed surgeries and  was eventually forced to wear a restrictive back brace.

Attached by upholstery nails to the underside of one arm of the chair is the business card of Larry Arata – who Jackie Kennedy recruited from Hyannis, Massachusetts to work as the White House upholsterer. 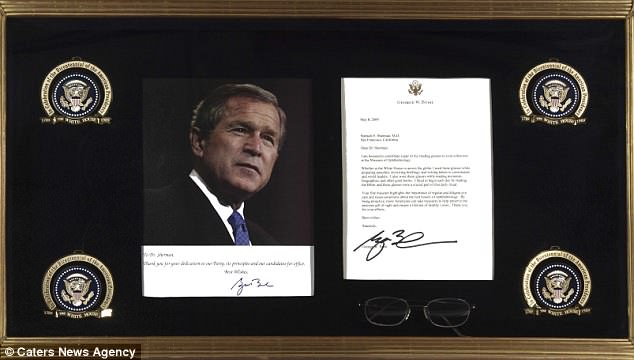 George Bush Jr, who served as the 43rd President of the US, used a pair of eyeglasses which were sold at the auction last week 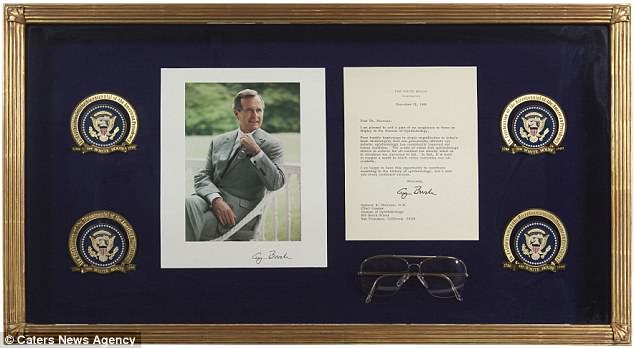 George Bush Sr, the 41 President, also used a pair of eyeglasses which went up for sale at LA-based Nate D Sanders 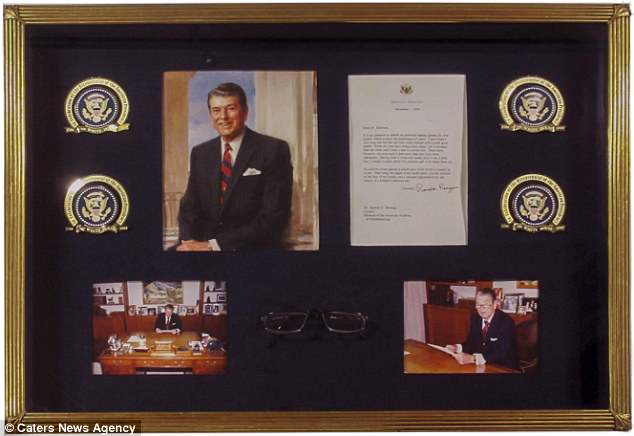 Republican Ronald Reagan, who passed away in 2004, used the pair of eyeglasses during his time in the White House 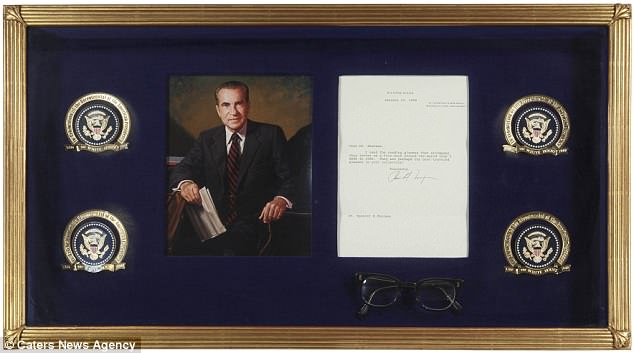 The orange-brown piece was gifted by Jackie Kennedy to New York City Mayor Ed Koch in December 1984 on his 60th birthday – 21 years after her husband was shot and killed.

Sold alongside the chair were nine pairs of eyeglasses belonging to nine presidents.

A flamboyant lace glove worn by the recording artist Prince during his 1984 Purple Rain tour also fold for $26,121 – more than five times its estimate. 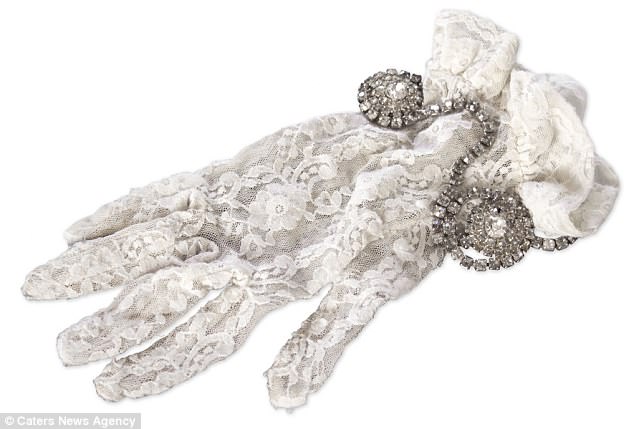 A flamboyant lace glove worn by the recording artist Prince during his 1984 Purple Rain tour sold for an impressive $26,121 during the auction 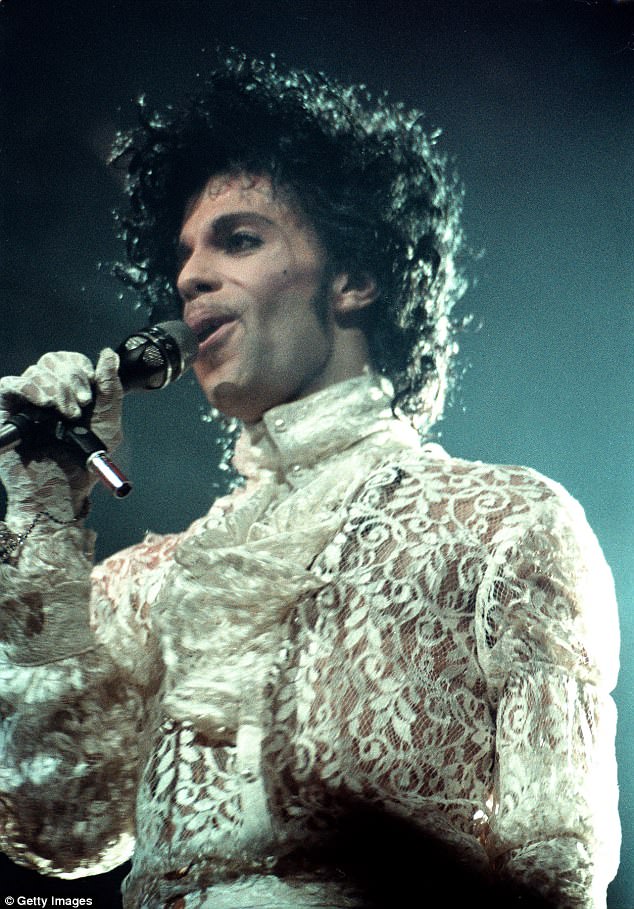 Prince wore the laced gloves on his 1984-85 Purple Rain Tour which sold more than 1.7million tickets across the US and Canada