Roger Federer faced off with a lineswoman on Tuesday after he was penalised for swearing on court during a trilling five-set match at the Australian Open.

During the third game of the third set, Federer’s frustration appeared to get the best of him and cussed on the court after hitting the net on a return shot.

According to commentators, the tennis star let out an ‘R-rated German word.’ 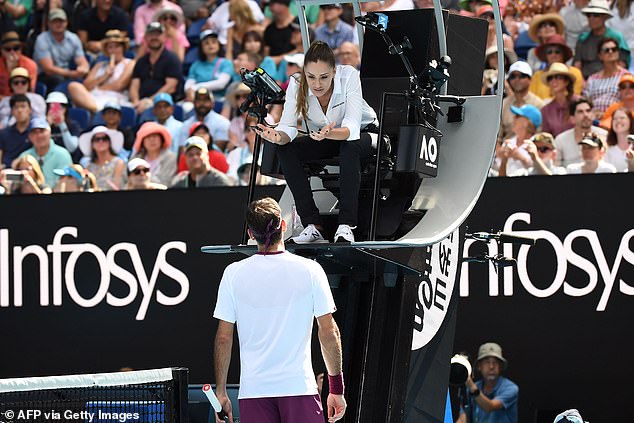 According to commentators, the tennis star had let out an ‘R-rated German word’ and was shocked when Serbian chair umpire Marijana Veljovic called a code violation for an ‘audible obscenity’

Chair umpire Marijana Veljovic called a code violation for an ‘audible obscenity’, which caught the 38-year-old by surprise.

‘What did I say?’ Federer asked, appearing confused as to how she understood him.

Veljovic, who is Serbian, replied: ‘I can’t repeat that,’ before explaining the Swiss lineswoman had heard him swear ‘very clearly.’

A fuming Federer was then seen walking over to confront the lineswoman, before going over to Veljovic again, who stood firmly on her call.

He then requested a medical timeout before returning to the court to hold serve.

The on-court tangle shocked fans, with many saying the outburst was out of character for the world no.3 player. 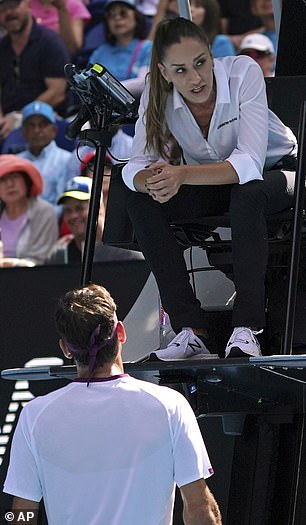 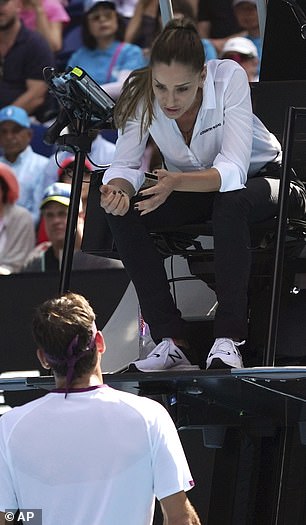 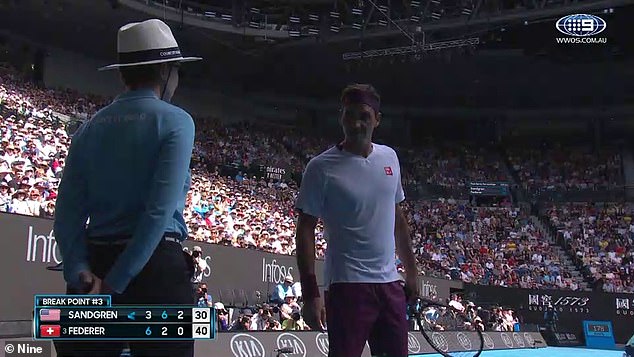 Federer was seen talking to the lineswoman, unimpressed

Fans took to social media to comment on the on-court tangle, which was noticeably out of character for the world no.3 player

‘So uncool for Fed to intimidate the lineswoman like that. He knows what he said,’ one fan tweeted.

‘Tennis gentlemen Roger Federer physically intimidating a female umpire and line judge for following the rules of tennis,’ another said.

‘I need to know if Federer swears instinctively in languages other than his native tongue,’ one person quipped.

Federer saved seven match points in the fourth set and forced his Australian Open quarterfinal against 100th-ranked Sandgren to a fifth.

He completed a remarkable comeback, setting aside his American opponent in the fifth 6-3. 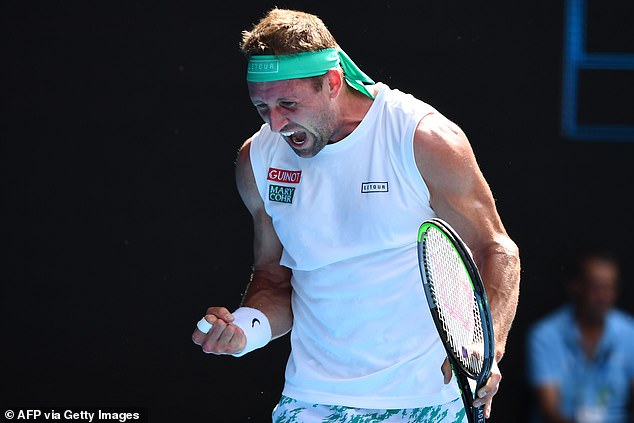