Roger Federer maintained his record of never having lost an Australian Open quarter-final by beating Tomas Berdych in Melbourne for the third consecutive year.

The defending champion was a straight-sets winner over his Czech rival in the quarter-finals in 2016 and the third round last year, and it was the same again here as Federer won 7-6 (7/1) 6-3 6-4 to set up a clash with exciting young Korean Chung Hyeon.

Things might have been different had Berdych converted his fine start into the opening set, as he probably should have. 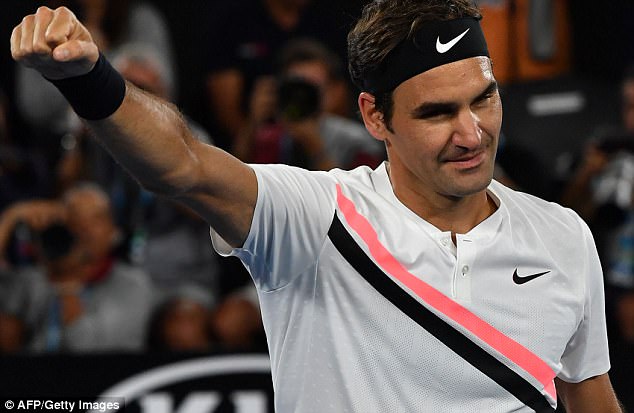 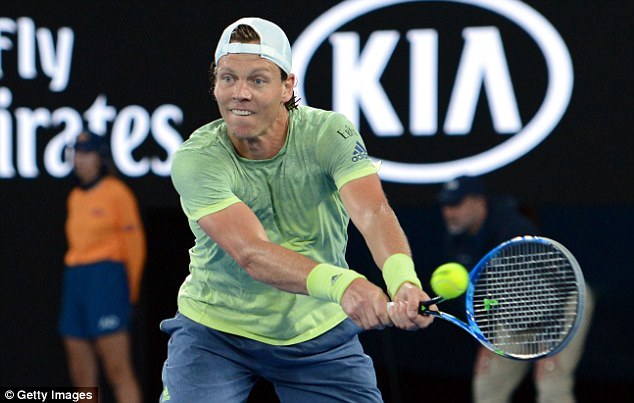 The Czech raced into a 3-0 lead and served for it at 5-3. Federer was unhappy with a Hawk-Eye challenge that was not shown on screen because of a technical malfunction and had a long and testy conversation with the umpire.

But being fired up helped the 36-year-old, who saved a set point, broke back and then saved a second set point in the following game.

Once he raced through the tie-break, there only looked like being one winner and he wrapped up victory after two hours and 14 minutes, maintaining his record of not having dropped a set all tournament.

It is the eighth time he has beaten Berdych out of 10 slam meetings and a ninth consecutive victory overall against the Czech, who has arguably suffered most of all from the dominance of the ‘big four’.

Federer’s career statistics continue to get more remarkable, with 2015 the only time since 2003 that he has failed to reach the last four in Melbourne.

He said of the first set: ‘I hung around, had to get a bit lucky, a bit angry, a bit frustrated maybe but I actually thought the call was good anyway. It’s all good. I’m very happy I got out of that first set, it ended up being the key to the match. Tomas played great. I stole that one a little bit.’ 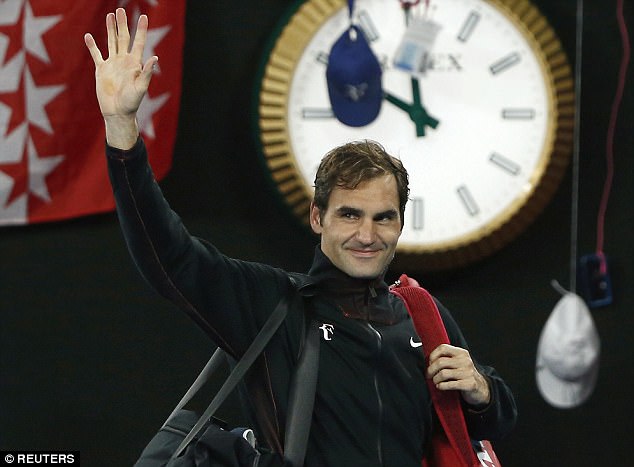 Federer was typically modest after another impressive win, saying: ‘I stole that one a little bit’ 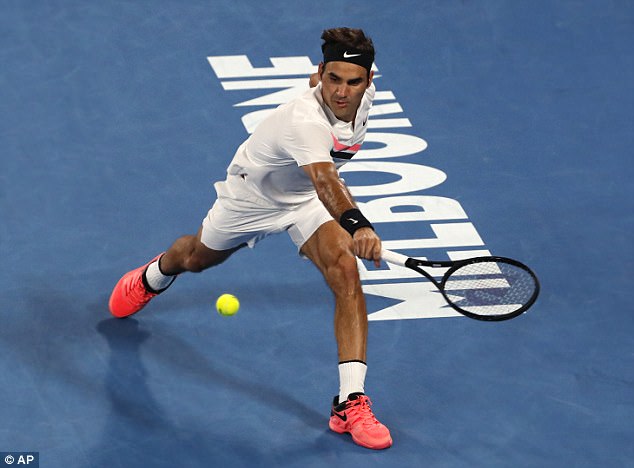 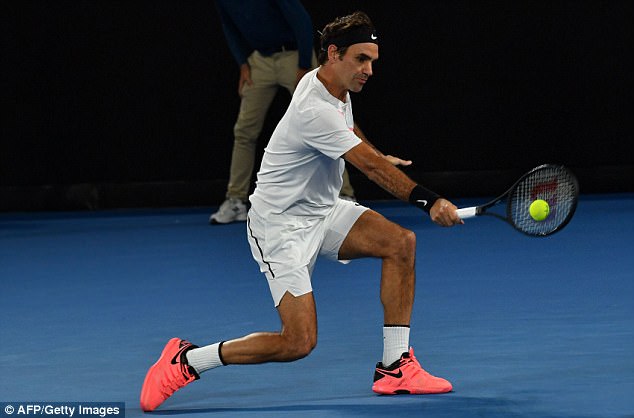 Federer has not dropped a set this tournament – last year, he played many lengthy matches

Federer revealed he sent a message to Rafael Nadal after his retirement on Tuesday, but the second seed has no physical worries following his comfortable passage through the draw.

It was different last year, when Federer was coming back from a long break and played a series of lengthy matches.

He said: ‘In a way I prefer it this way because I wake up in the morning walking normally. The pain’s good sometimes and those five-setters are so worthwhile, you take them with you for a lifetime. My expectations are much different this year.’