Roger Federer made the most of a day off at the Australian Open by meeting Indian cricket captain Virat Kohli.

The Swiss tennis icon enjoyed some down time on Saturday as he prepared for his last-16 tie with Stefanos Tsitsipas of Greece in Melbourne.

After hitting the practice court, Federer spent his afternoon relaxing with Kohli and his wife Anushka Sharma in one of the more luxurious areas of Melbourne Park. 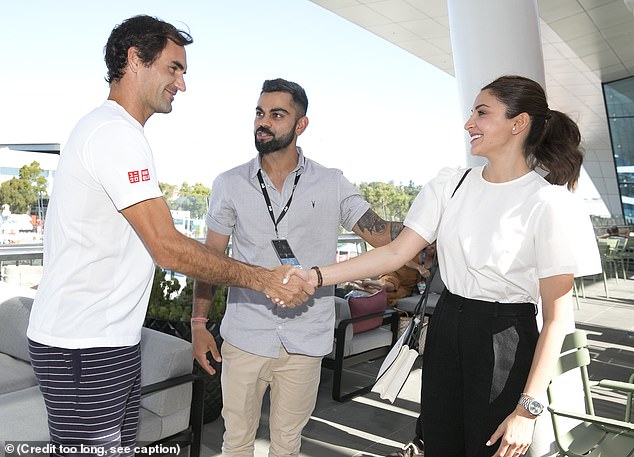 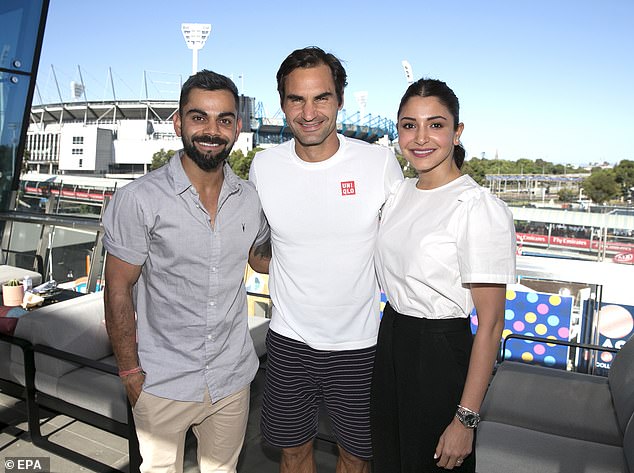 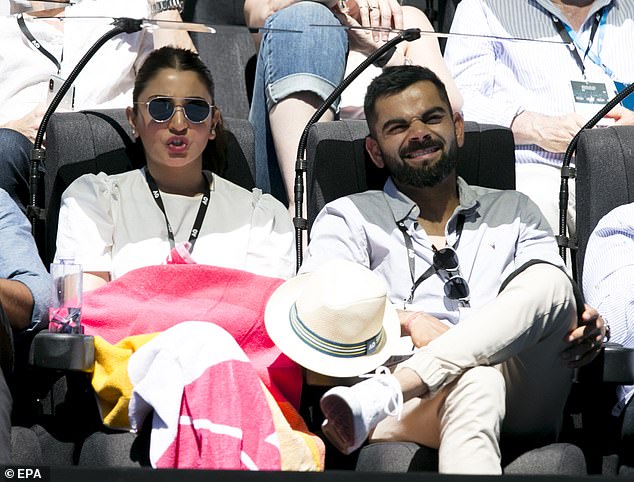 The pair shook hands before Kohli introduced Federer to his wife. The trio were then pictured in discussion before they posed for a series of pictures in the glorious Australian sunshine.

Kohli was at the venue just a day after leading India to another series win over Australia at the nearby Melbourne Cricket Ground. India claimed a 2-1 ODI series win over the hosts after also beating them in Test action earlier this month.

After meeting Federer, Kohli and his wife then took their seats in the VIP section on Rod Laver Arena to watch Novak Djokovic beat Denis Shapovalov in four sets.

Federer is in form right now as he bids to defend the Australian Open title he won 12 months ago but it seems his global reputation is still not enough to get him past security at the tournament. 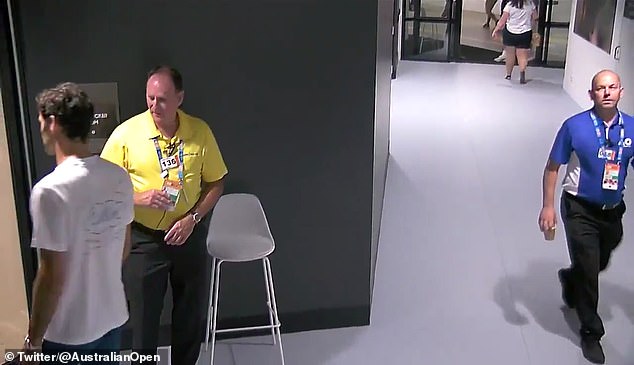 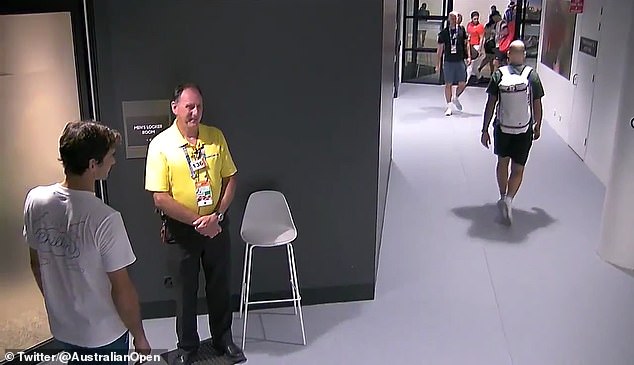 Unsure what to do next, Federer was made to wait until one of his coaching team arrived 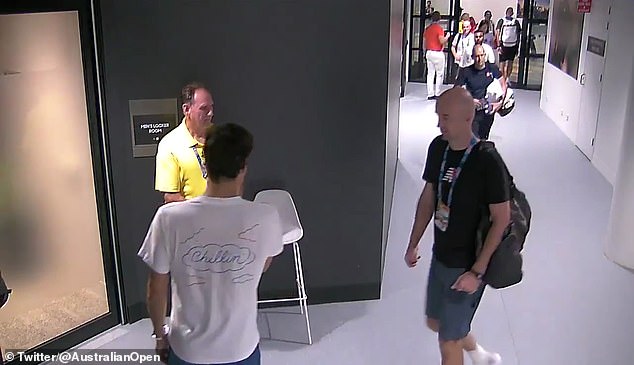 Earlier on Saturday, tennis fans were left astonished at the audacity of a security guard who stopped the six-time Australian Open champion given his notoriety in the sport.

In the video, the official is seen indicating to the Swiss that he was missing his Australian Open accreditation pass and therefore would have to wait outside.

Players, coaches, members of the media and tennis officials have lanyards with that show a name, an organisation, a photo, tournament role and a bar code that can be scanned at security checkpoints.

While many, reflecting with astonishment, felt Federer would be above the stringent protocol given his immense stature in the game, the world No 3 did not argue and respected the site rules.

He waited until he was joined by a members of his team before he could continue with his afternoon as he continues his preparations for his clash with Tsitsipas.