The biggest stars in tennis paid tribute to Andy Murray after in an emotionally-charged montage inside the Melbourne Arena.

During his post-match interview his eyes were diverted to the big screens where Roger Federer, Rafael Nadal and Novak Djokovic were among a host of star names hailing the Scot’s career in the sport. 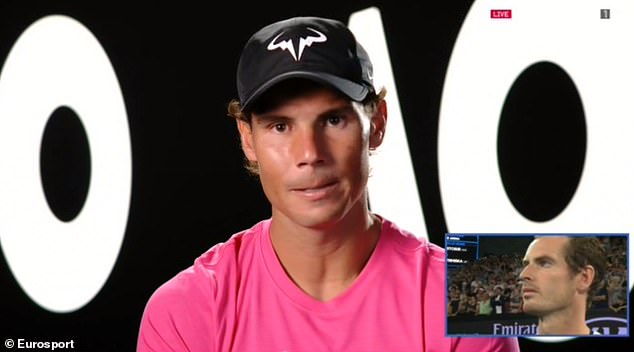 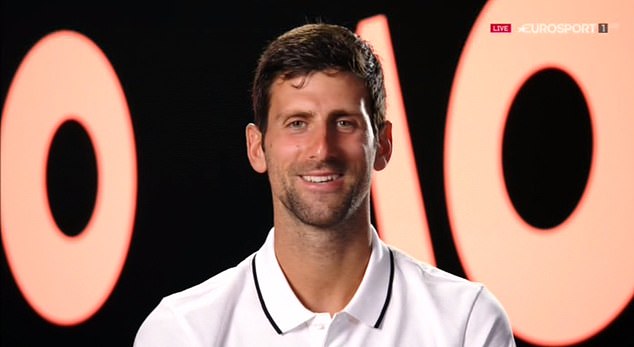 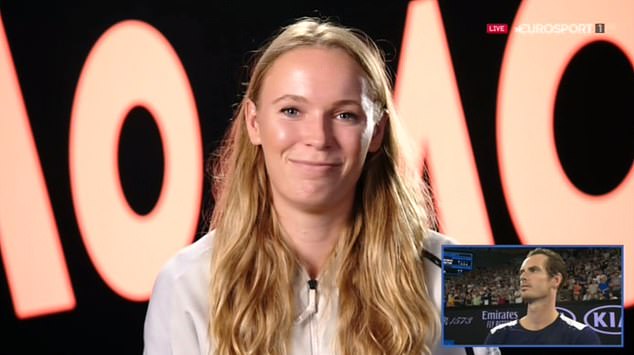 The tributes are kicked off by big-serving American John Isner as he congratulates Murray on a ‘Hall of Fame career’.

Croat Marin Cilic added: ‘It was definitely great to share the court over the years with you.’

Nick Kyrgios, a close friend of Murray’s on the ATP Tour circuit, wanted to praise Murray away from the court, rather than on it like others in the montage. 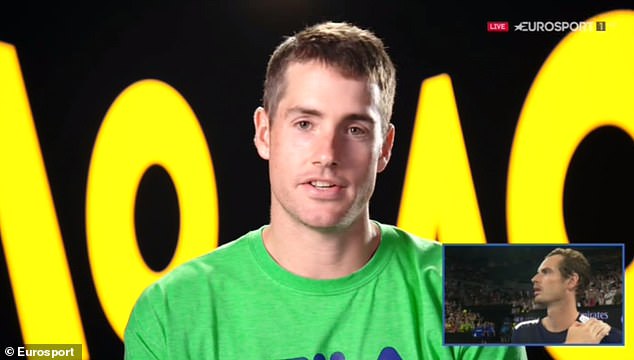 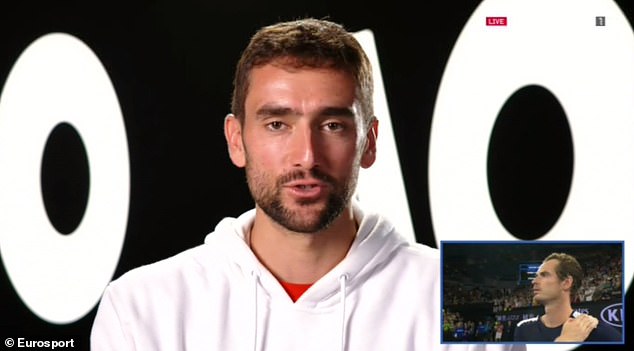 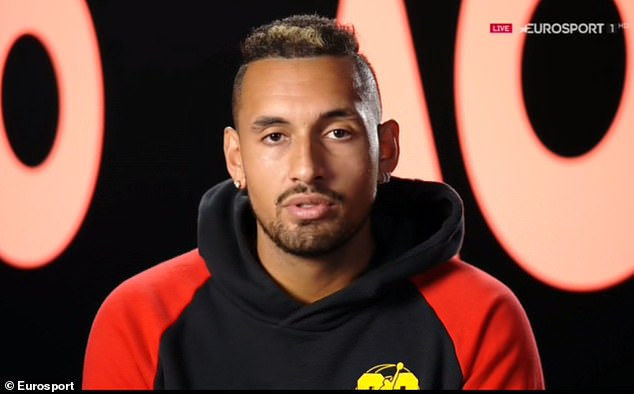 ‘I am very grateful to have shared a friendship with you on the Tour,’ the controversial Australian said.

‘I don’t want to touch base too much on your tennis. We all know you are an absolute legend of the sport and you always will be.’

Reacting to the heartfelt tributes, Murray said: ‘I’ve been very fortunate and unlucky I guess to compete in an era with people like Roger, Rafa and Novak.

‘Incredible respect for them, we have had great battles and matches all around the world that tennis fans will remember.’

Some of Murray’s big battles over the years have been with the other members of what quickly became known as the ‘big four’ in men’s singles: Federer, Nadal and Djokovic.

Nadal, who himself has battled injuries of his own in his career – mainly his knees – added: ‘It is very sad you have to take that position (to retire) but sometimes life is not perfect. I just want to say thanks for all the things you give to our sport.’ 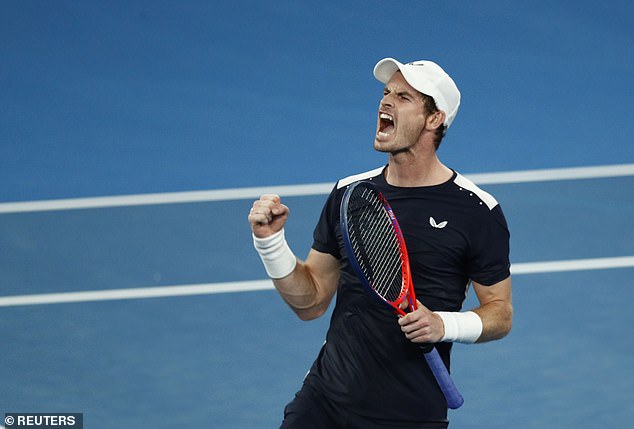 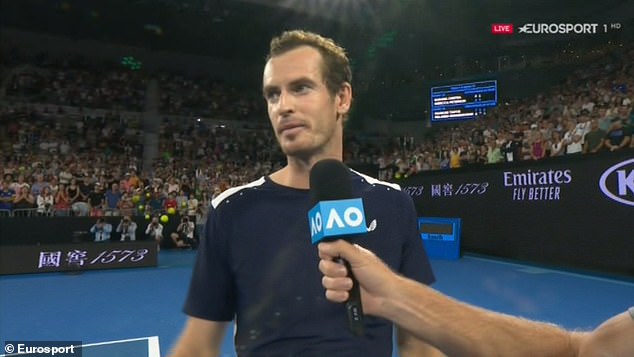 Federer described himself as Murray’s ‘biggest fan’ and feels Murray has achieved more than many will ever get close to when they call time on their careers.

The Swiss ace said: ‘Amazing career buddy. You have done Scotland proud, Britain proud, you are a Sir. Who can say that? Hardly anybody. But you did it as a tennis player.

‘You always have friends in the locker room and you should be very proud of that fact. Just know that I am your biggest fan.’

Djokovic has plenty of history with Murray. Whether that be the fact he was the opponent when Murray claimed his first Grand Slam title in New York or that he lost again to the Scot in 2013 for his first Wimbledon crown.

The Serb slipped in the rankings due to time out injured but has soared back to world No 1 and while that has not happened for Murray and his hip issues, his impact on younger generations has really resonated with his Serbian rival. 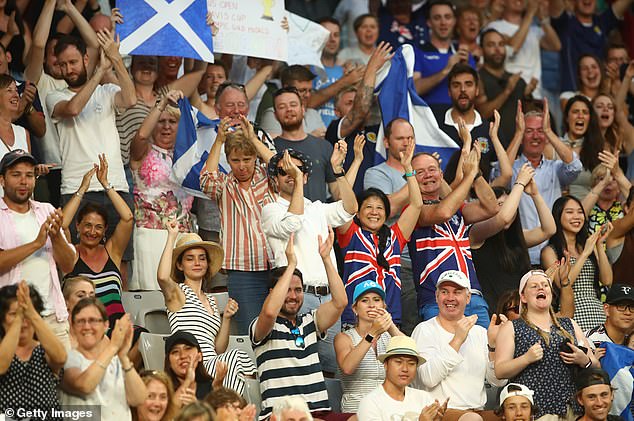 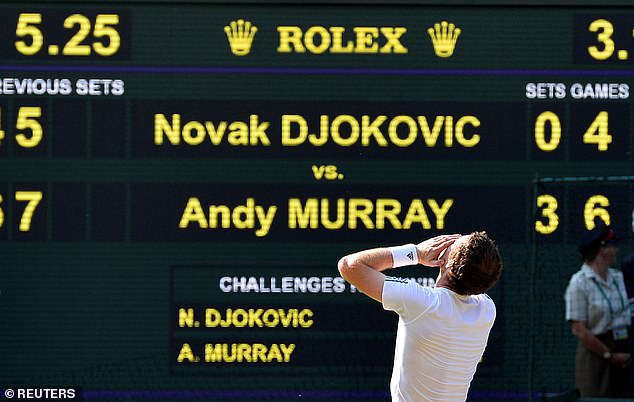 ‘We had quite a journey, both of us,’ he said. ‘We got to play against each other when we were like 12 years old at a small place in France. You kicked by butt pretty badly at that time and who knew we were going to have amazing careers.

‘Thank you for leaving your heart and every last drop of energy on the court and being a true example and inspiring younger generations to play tennis the way you played it.’

Murray has done plenty to fight for the causes of the women’s players and has been rightly lauded by top stars such as Sloane Stephens, Johanna Konta and Caroline Wozniacki over the years.

The latter, the defending champion at the Australian Open, was one to be featured in the video and while she revealed Murray ‘has the best jokes’ she offered him the chance to stay in the sport and share coaching duties with her dad.

‘If you are ever looking for a coaching job there is one available together with my dad!’ said the Dane. 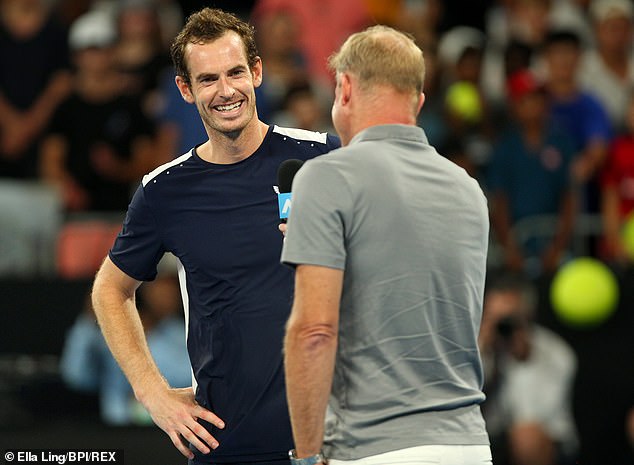 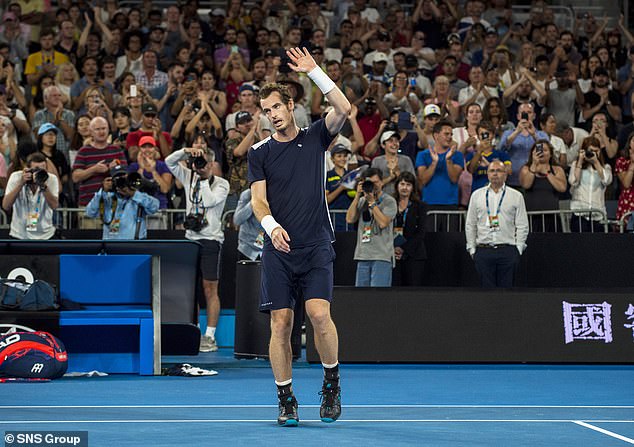