Roger Federer survived another uncomfortable evening to reach the quarter-finals of the Australian Open.

Having been pushed to the brink by John Millman in a late-night classic on Friday, Federer again dropped the opening set to Hungary’s Marton Fucsovics.

Federer admitted the Millman match had affected him, saying: ‘It was a tough start, I thought Marton played clean. After Millman, the guy gave me a beatdown from the baseline, so maybe took away my confidence a bit.

‘I just had to figure it out. I had a good start to the second set and from there it got a little bit easier.’

Federer did not look physically at his best, which was no surprise after his efforts two nights before.

He said: ‘I was able to recover and play a good match so I’m sure I’m going to feel better every day that goes by.’ 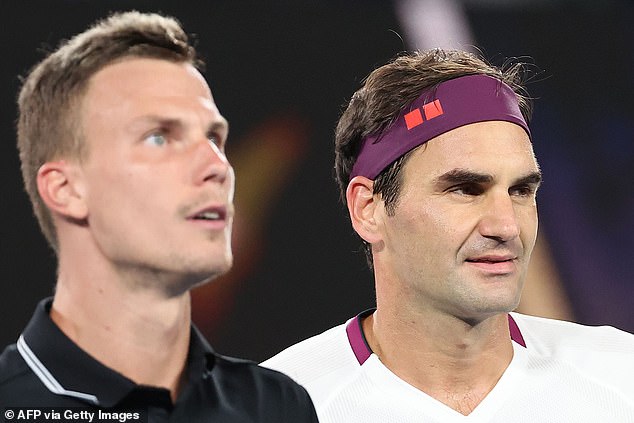 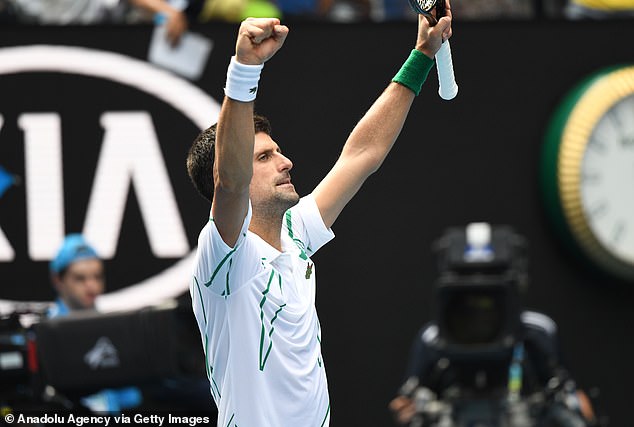 After dropping a set to Jan-Lennard Struff in the opening round, Djokovic has begun to look ever more like the player who has won six of the last nine titles here.

The second seed said: ‘I had a fantastic couple of matches in a row. I felt more confident going through the ball, hitting serves really well.

‘Today was a good test because Diego was in form. I stepped out on the court with a clear game plan. I think I kept things pretty much in control in all three sets.’

Next Djokovic will face resurgent 32nd seed Milos Raonic, who is yet to drop a set and is through to the quarter-finals for the fifth time in six years. 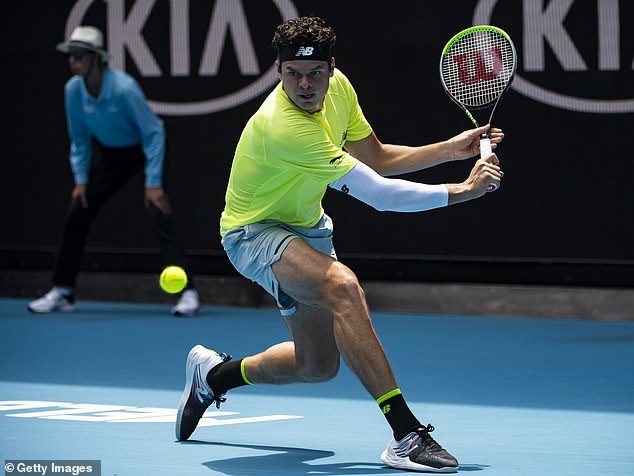 Djokovic will face Milos Raonic in the quarter-final, who beat Marin Cilic in straight sets

Amid all the hype around young Canadians Bianca Andreescu, Denis Shapovalov and Felix Auger-Aliassime, Raonic has felt a little like yesterday’s man, but the 29-year-old insists he is not trying to prove a point.

‘Couldn’t care less,’ he said. ‘I just care about how I’m playing and feel on the court.’

He has won only two sets in nine matches against Djokovic, but a number of the sets have been close.

Federer’s next opponent is American Tennys Sandgren, who is once again playing well above his ranking at a slam. 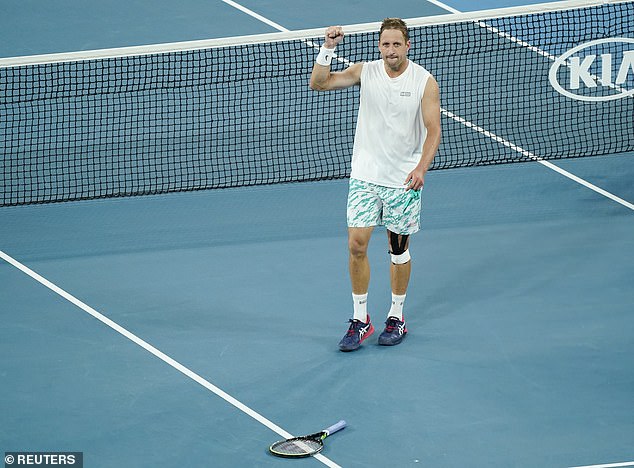 Sandgren’s politics were the focus two years ago but here he was something of a sideshow to the volatile Fognini, who rowed with the umpire and the supervisor, took a long bathroom break and received a point penalty.

Sandgren implied in an on-court discussion that he believed Fognini was allowed to bend the rules, and he explained later: ‘It seemed odd that we probably were already at time between the first and second set, then there was a bathroom break. 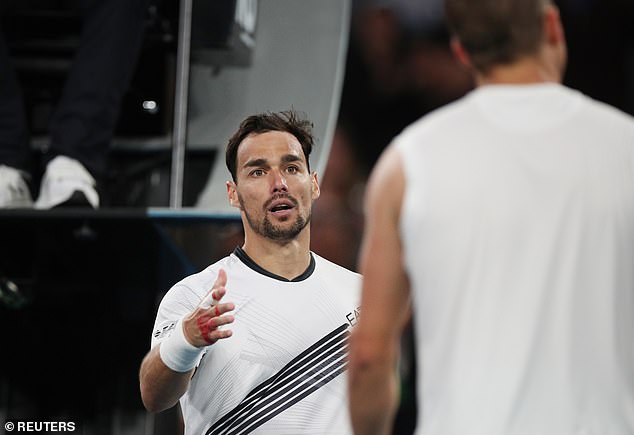 ‘I would have liked to have seen the ref be a little more forceful for what the times actually were.

‘It’s a roller coaster sometimes with him. Sometimes you’re just a passenger with what’s going on.

‘He doesn’t play well, all of a sudden he’s playing amazing, you’re stuck with your hands in your pockets like, ‘Shoot, I’d like to play tennis, too’.’