Before heading back to his native Switzerland, Federer had the customary photoshoot in front of photographers and reporters as he reflected on his success. 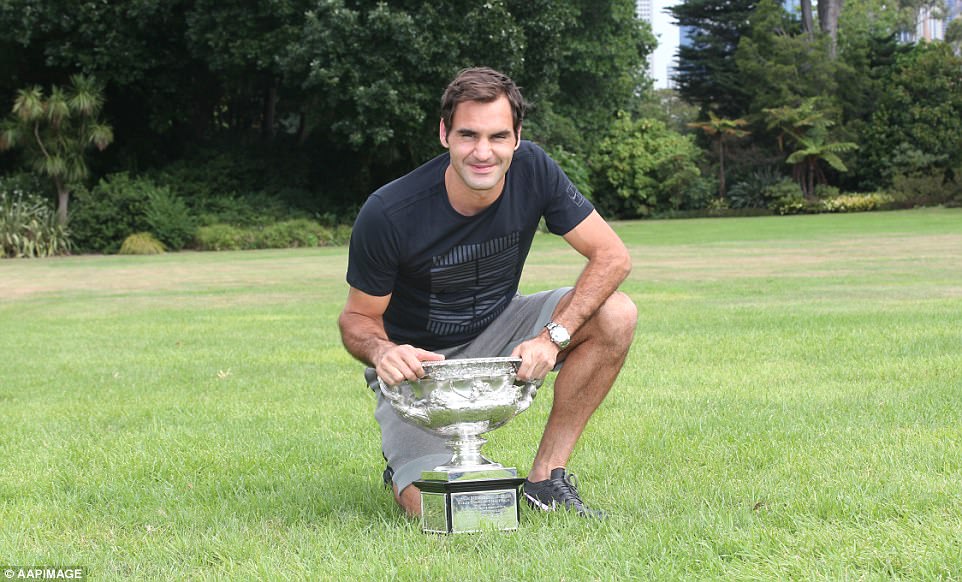 It was his twentieth Grand Slam title of the 36-year-old’s career, and a record-equalling sixth Australian Open 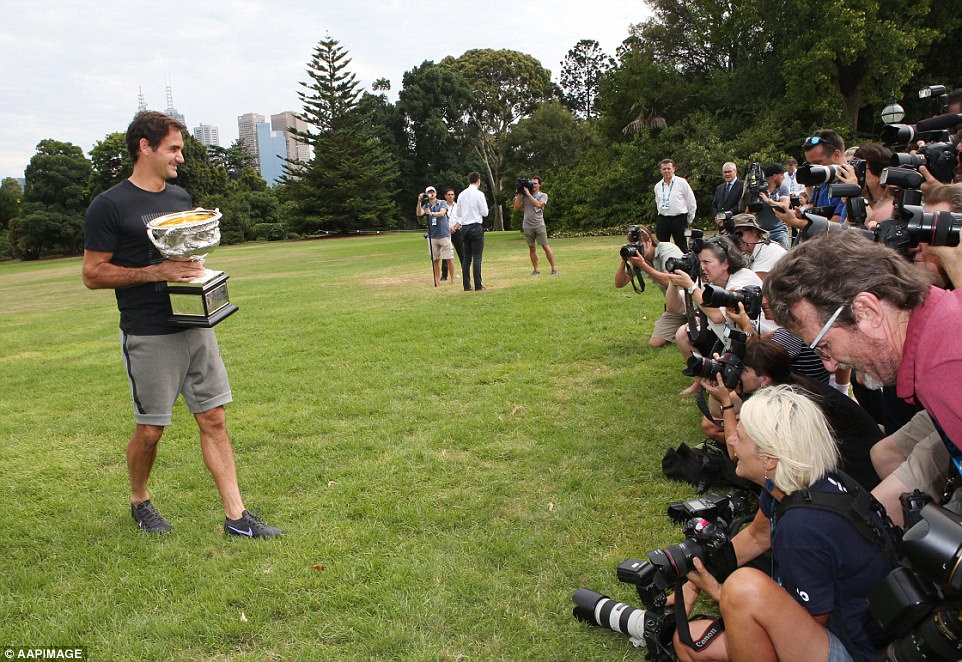 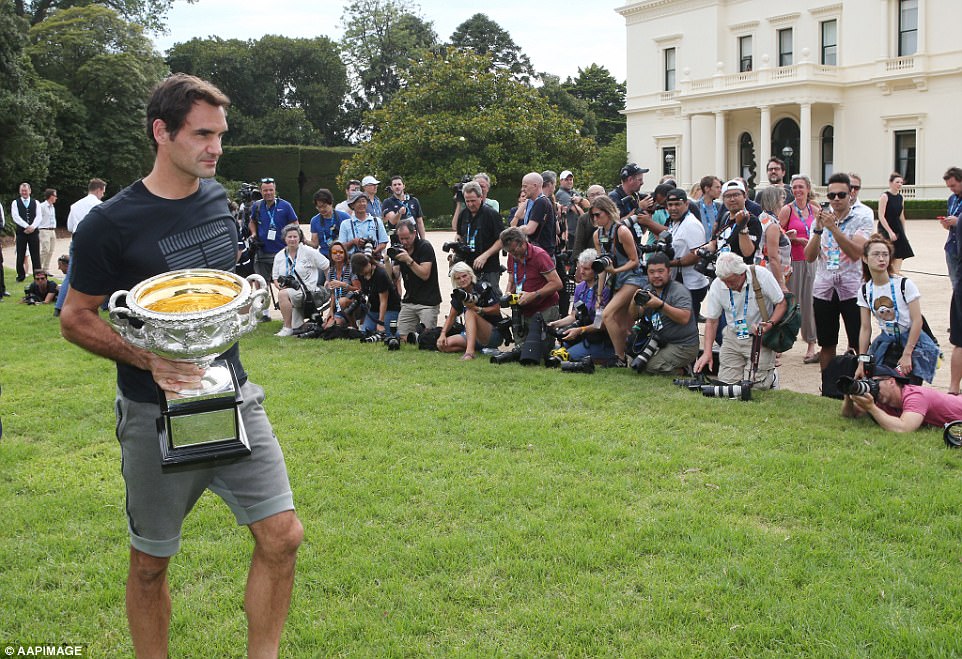 ‘I’ve won three Slams in 12 months,’ he said after the victory over Cilic. ‘I can’t believe it myself.’

Federer admitted on Sunday that nerves had got the better of him as he blew a lead to lose the fourth set.

‘I froze, I got really nervous, my mind was all over the place,’ Federer admitted.

‘During the match I constantly thought about the fact that I could reach 20. I was nervous the whole day, I thought about what would happen if I lost.

‘If I had got broken at the start of the fifth, there would have been no coming back from that.’ 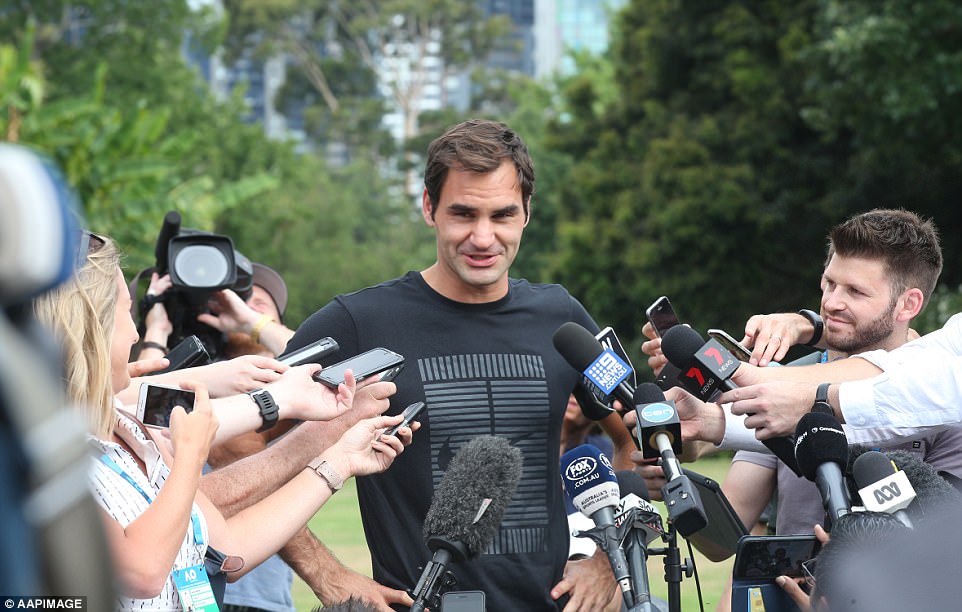 Reporters listen in as Federer reflects on his latest triumph, which had reduced him to tears the evening before 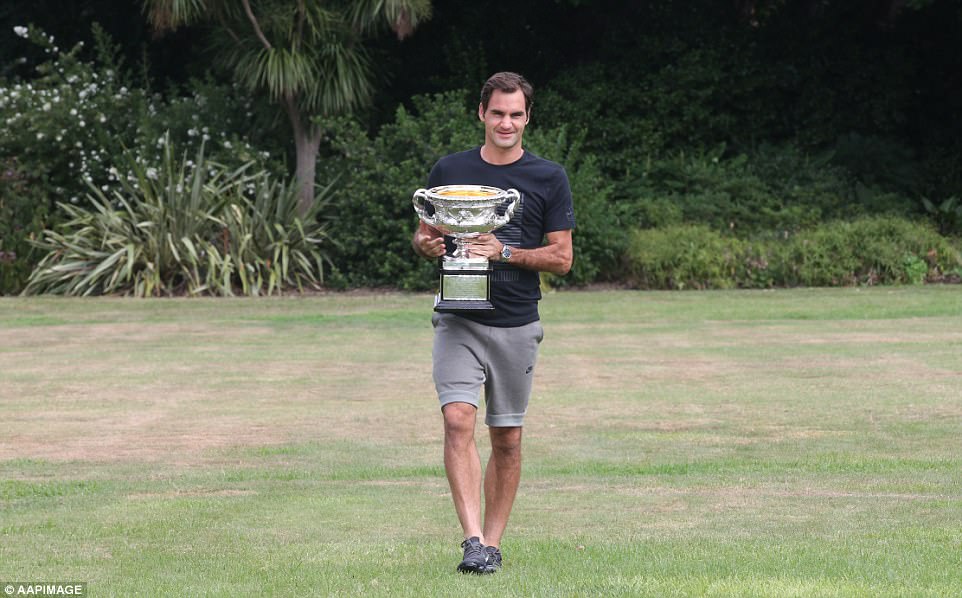 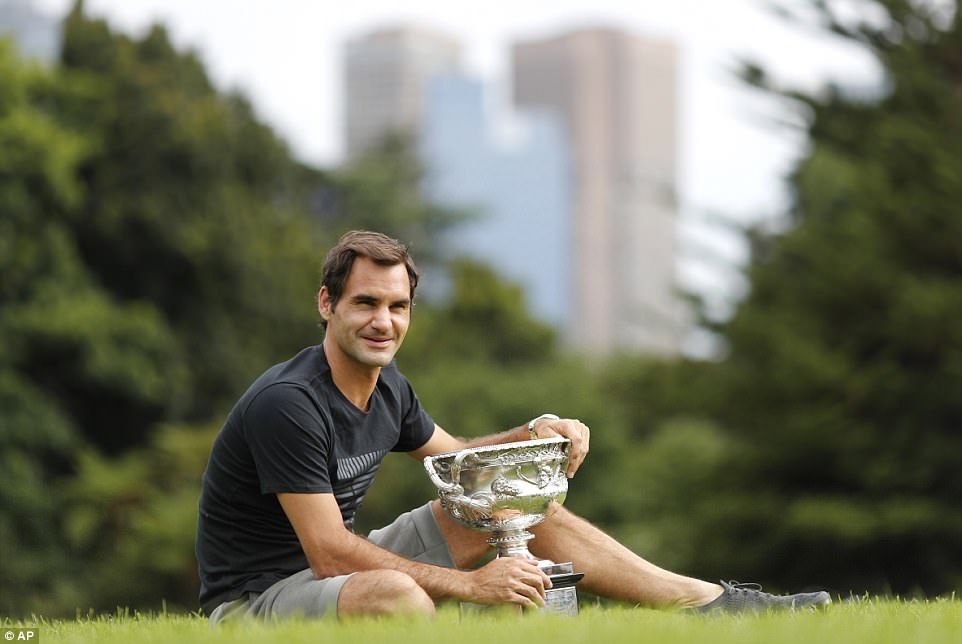 The Swiss won his first Grand Slam in 2004, beating Australian Mark Philippoussis in the final at SW19 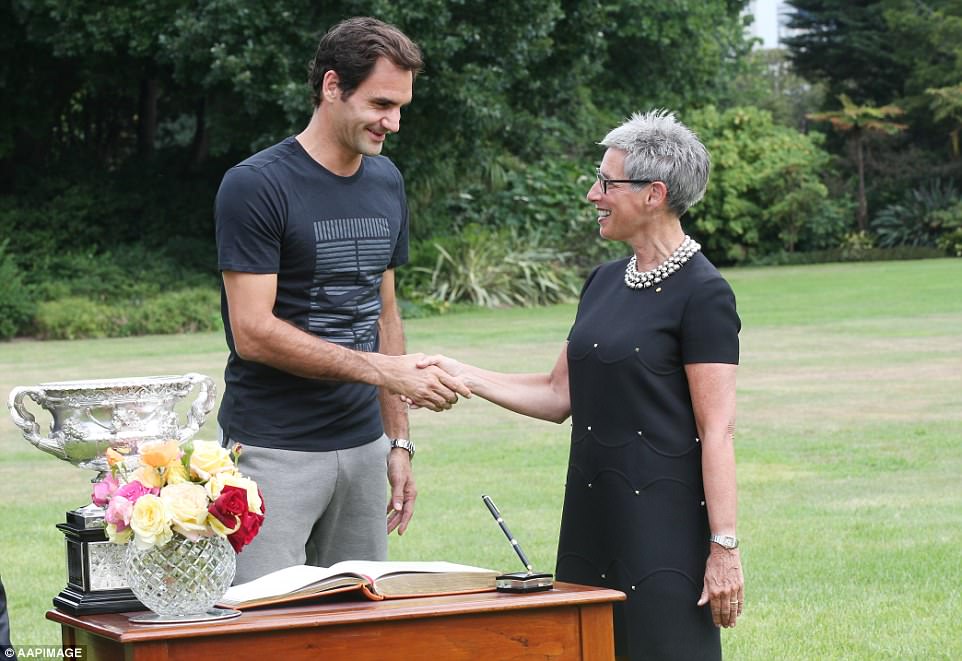 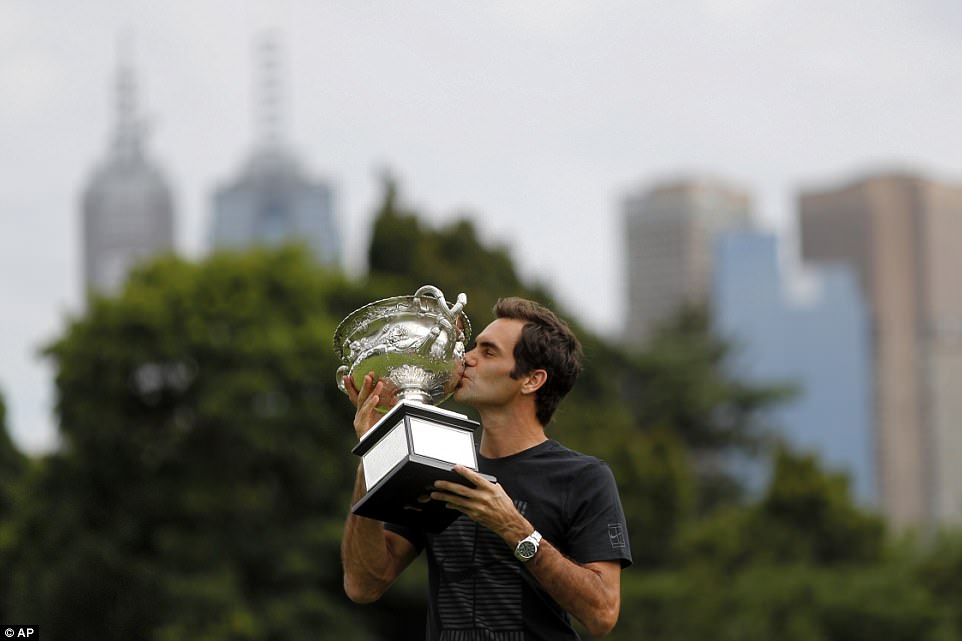 Reunited with the Norman Brookes Challenge Cup for a sixth time, Federer seals his victory with a kiss