Roger Lewis reveals why he decided to start drinking again

Alcohol, I have discovered — or, technically, rediscovered — produces all the effects of intoxication if taken in sufficient quantities.

I used to know this full well, of course. I was the life and soul of very long lunches, lock-ins that went on until dawn, pitchers of Dry Martinis when everyone else was taking tea and eating scones.

I once ran up a bar bill of £700 on a transatlantic crossing aboard the QE2 liner — and I was on my own.

Asked why I consumed so much, my answer was that of actor W.C. Fields: ‘I like it.’ It got to the stage, however, where the grog started to fight back.

Diabetes was diagnosed and I did nothing about it. When the doctor said: ‘Your liver is fatty,’ I replied: ‘If it comes to that, Doctor Twelvetrees, you’re ugly.’

Asked why I consumed so much, my answer was that of actor W.C. Fields: ‘I like it.’ It got to the stage, however, where the grog started to fight back

We laughed. Then I crashed to the ground and nearly died.

I woke up in the Poldark Ward (honestly, it’s real name) in Truro, pinioned with a catheter the size of a garden hose which I swear the NHS had acquired from Homebase. My pancreas had gone bang, the glucose level in my blood was so high they wanted to write about my case history in The Lancet, and every vein and artery was clogged with cholesterol.

Off my head from the morphine pump, I was oblivious. It took months to recover.

I’d lost 3st while on the intravenous drips. I had turned into an old fellow on pills. That was six years ago.

For six years, now, I have been on the water-wagon. That’s well over 2,000 days of cold sobriety and a period when the drinks industry was threatened with recession. Vineyards went bust. Distilleries laid people off.

While many of you mulled over Dry Januaries, my parched spell seemed without end. I took to it effortlessly, in fairness. Total abstinence is easier than temperance or cutting down, because then it only creeps back.

I never missed the alcohol, never had any cravings. People didn’t push drink on me, and I enjoyed choosing and opening bottles for guests — up to a point.

Because what gradually happened was that I turned into a frowning Welsh puritan. The sight of everyone enjoying themselves made me feel left out and irritable. I’d go to parties and I’d feel like I was on the wrong side of the aquarium wall. 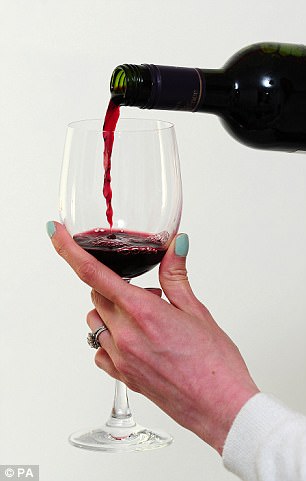 For six years, now, I have been on the water-wagon. That’s well over 2,000 days of cold sobriety and a period when the drinks industry was threatened with recession

Everyone would be getting jolly, swimming about colourfully, as I’d stand there like a sour lemon. My appearances at social occasions were more fleeting than a Hitchcock cameo.

After a couple of years of token turning up, I stopped going out altogether.

Permanent sobriety left me with feelings of discomfort and alienation. This is why I don’t have much sympathy with those pushy sorts who, every New Year, tell us that being off the booze makes them suddenly fitter and faster.

They boast about going on runs, riding bikes, doing Pilates, and achieving other rubbish goals.

In The 28 Day Alcohol-Free Challenge, authors Andy Ramage and Ruari Fairbairns crow that: ‘Life is so rich without alcohol, why bother going back?’

I will tell you why. Because after six years on the sparkling water, I know that the image of perfection that non-boozers try to project is an illusion.

I became nothing but an irritable so-and-so and my sensitivity to feelings of isolation, suspicion, shyness and depression were heightened.

For example, I’d wake up in strange hotels and know exactly why I was there.

My hair fell out — I lost the thick glossy sheen I’d had when my follicles fizzed with ethanol. I’ve needed thicker spectacle lenses. My skin was wrinkled and blotchy, as I now no longer possessed a Santa Claus glow. I was fat because my new addiction was carrot cake.

Of course, too much drink — like too much of anything — is bad for a person. No one wants hepatitis, cirrhosis, gastritis, stomach ulcers or heart disease, insomnia and memory loss . . . the effects of chronic alcoholism.

The key is to keep things in moderation. I am bound to point out that, despite puritan disapproval, nowhere in the Bible is booze censured as a poison. Jesus doesn’t turn water into orange squash, does he?

And in antiquity, Bacchus, god of rolling out the barrel, and who had vine leaves woven in his hair, is the son of Jupiter, the mighty sovereign, who flung thunderbolts about when in a mood, perhaps because the Olympus corkscrew had been mislaid. 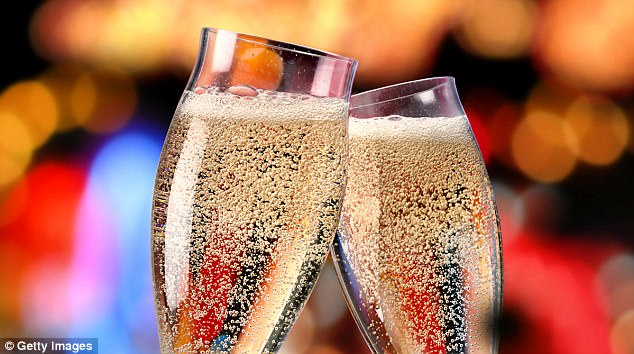 I never missed the alcohol, never had any cravings. People didn’t push drink on me, and I enjoyed choosing and opening bottles for guests — up to a point

Rat Pack actor Dean Martin wasn’t wrong when he said the saddest thing about the teetotaller is that, when they wake up, that’s the best they’ll feel all day.

Indeed, for six years without drink, I never felt vibrant, clear-eyed, bouncy, less crabby — all those things the Dry January mob promise — it was only when I started to have a sip, a glug, a glass again, as I have now done, yes indeedy-doody, that everything fell into place.

What happened is that, at the end of last year, I had sciatica. Agonising, shooting and throbbing pains in the small of my back, across the buttocks and down the back of the legs.

Dr Twelvetrees thought my prostate might have been inflamed, so I endured blood-tests and indignities. I was prescribed ‘relaxant’ pills that turned out to be Valium. I thought, if it is a relaxant I need, why not a little red wine? I was in that much pain, I didn’t care if my pancreas objected and I became instantly demised.

I felt better immediately. Drink activated my brain’s pleasure pathways, transfusing the system with dopamine and serotonin, and I was elated.

I felt I was re-joining the human race, after a long time in exile.

I went to a few office parties, and I loved the warm glow — the edges blurred a bit. I relished the well-being and fellowship. I had fluency and energy in conversation.

I was back to being generous, wise, cheerful, and dancing jigs.

At least I assume so — but who cares whether or not I wanted to marshal the queue to photocopy bottoms? The fact is the tension and anxiety involved in contemporary adult life could now be ameliorated. 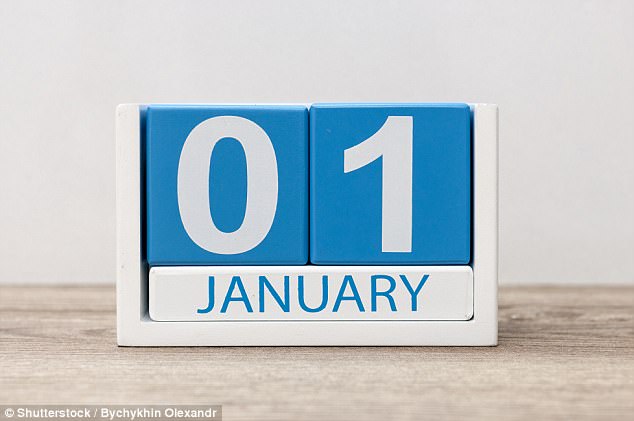 While many of you mulled over Dry Januaries, my parched spell seemed without end. I took to it effortlessly, in fairness. Total abstinence is easier than temperance or cutting down

Now 57, I have decided I’d rather have a shorter merry life than be a 90-year-old long streak of misery. Except kept in proportion, drink, with luck, may even promote a long life.

Ronald Searle, who illustrated my last book — that was back in 2011, and I haven’t felt much like writing any new books during the wilderness years — lived until his 90s by drinking a magnum of pink champagne each and every day.

My pal Dame Olivia de Havilland is 101 and drinks a glass of Veuve Clicquot each evening. The Queen Mother was notoriously pickled.

As a writer, the trick will be not to fall into the trap of Hemingway, Tennessee Williams, Patricia Highsmith, Truman Capote, and my countryman Dylan Thomas and allow the drink to take over.

Comedian Peter Cook was so desperate, he drank Listerine for the alcohol content. F. Scott Fitzgerald thought the way to sober up was to drive an open-top car very fast in the rain.

My regime is to stick to very good claret, such as magnums of Calvet Bordeaux from Aldi.

I’d forgotten how bonkers wine write-ups are — I’ve been enjoying wine ‘with a spicy nose of coffee, caramel and hints of jam’.

I drank over Christmas, when I spent four days in a self-catering chalet at Butlin’s in Minehead.

It’s not so much a crutch — more of a mobility scooter. I’m up to about half a bottle a week.

A slippery slope? I hope not, for at last confusion, disappointment, priggishness and boredom, are in abeyance.

I have a sense of belonging. I want to publish books again.

Fingers crossed, my favourite words in the English language are again going to be: ‘Knock that back and let’s have another!’