According to The Wall Street Journal, Stone asked New York radio host Randy Credico in a September 18, 2016, email if he could reach out to Assange.

Stone reportedly wanted information that dated back to 2011 when Clinton was blamed for a failed Libyan peace deal while she was serving as secretary of state. 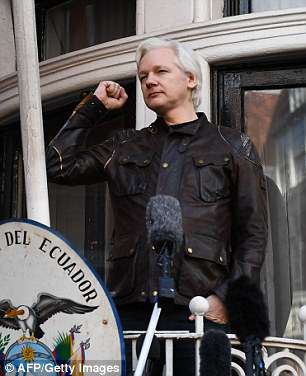 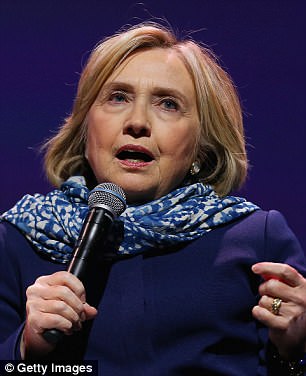 According to The Wall Street Journal, Stone asked New York radio host Randy Credico in a September 18, 2016, email if he could reach out to Assange (left) about Clinton (right)

Credico wrote back to Stone that whatever emails the WikiLeaks founder had obtained were on the anti-secrecy organization’s website.

‘Why do we assume WikiLeaks has released everything they have???’ Stone wrote back.

Credico replied that he can’t ask Assange for ‘favors every other day’.

Stone said Thursday that he never received any emails from Credico or WikiLeaks.

This revelation raises questions about Stone’s congressional testimony last year, in which he said he had ‘merely wanted confirmation’ from Credico that Assange had information on Clinton.

On Monday, Stone said he was ‘prepared’ in case he is indicted by Special Counsel Robert Mueller.

‘I am prepared should that be the case,’ Stone told NBC’s Meet The Press.

‘But I think it just demonstrates, again, this was supposed to be about Russian collusion, and it appears to be an effort to silence or punish the president’s supporters and his advocates.’

Stone said that since Mueller has found ‘no evidence whatsoever of Russian collusion,’ he may try to pin him on other unrelated crimes.

‘It is not inconceivable now that Mr. Mueller and his team may seek to conjure up some extraneous crime pertaining to my business, or maybe not even pertaining to the 2016 election,’ Stone said. 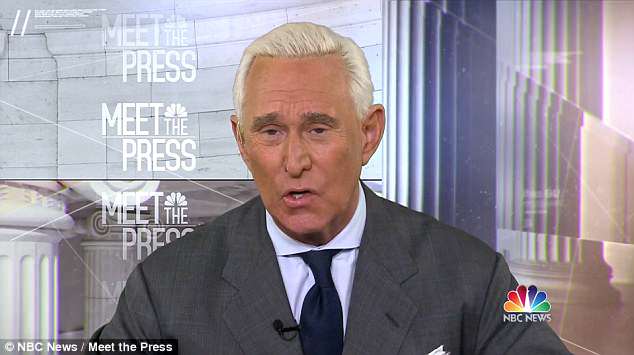 ‘I would chalk this up to an effort to silence me.’

Stone said that neither he nor his lawyer have been contacted by Mueller.

He said he doesn’t know if the special counsel considers him ‘an interesting person or a person of interest.’

While Stone has yet to be called for an interview, he said that eight of his current and former associates have been ‘terrorized’ by the investigation.

Stone has denied any role in colluding with Russia or WikiLeaks, which published a trove of emails from Democratic Party officials that were hacked during the 2016 campaign.

He said he ‘had no advance notice of the content, source, or the exact disclosure time of the Wikileaks disclosures.’

Rep Adam Schiff, the top Democrat on the House Intelligence Committee, says Stone is a liar.

‘Roger Stone is known for a lot of things, candor isn’t really one of them,’ Schiff told Meet the Press.

‘Either his testimony before our committee was untrue, our his public statements are untrue. 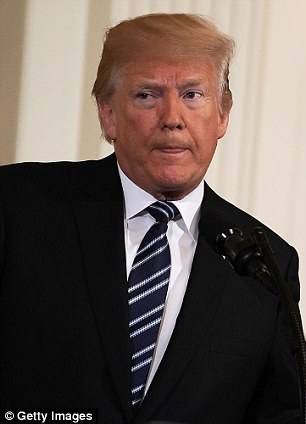 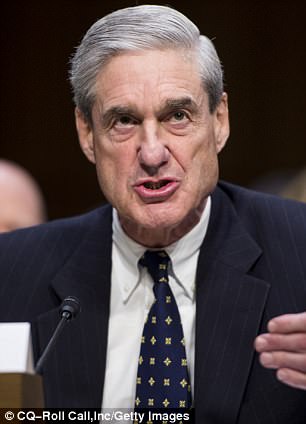 Stone, a longtime adviser to Trump (left), said that since Mueller (right) has found ‘no evidence whatsoever of Russian collusion,’ he may try to pin him on other unrelated crimes

‘Both cannot be fact because they’re inconsistent with each other. We were never allowed to find out which was the case in our committee.’

The House Intelligence Committee, which is led by the Republicans, closed its investigation into Russian meddling in the 2016 election.

Last week, Mueller issued two subpoenas to a social media expert who worked for Stone during the 2016 presidential election campaign.

The subpoenas were delivered to lawyers representing Jason Sullivan, a social media and Twitter specialist Stone hired to work for an independent political action committee he set up to support Trump, Knut Johnson, a lawyer for Sullivan, told Reuters.

The subpoenas suggest that Mueller, who is probing Russian meddling in the 2016 US presidential election, is focusing in part on Stone and whether he might have had advance knowledge of material allegedly hacked by Russian intelligence and sent to Assange, who published it.

Stone appeared before the US House of Representatives Intelligence Committee last September and denied allegations of collusion between the president’s associates and Russia during the election.

‘I am aware of no evidence whatsoever of collusion by the Russian state or anyone in the Trump campaign,’ Stone told reporters at the time.

According to sources familiar with the ongoing investigation, Mueller also has been probing whether anyone associated with the Trump campaign may have helped Assange or the Russians time or target the release of hacked emails and other social media promoting Trump or critical of Clinton.

A spokesman for Mueller declined to comment. Russia has denied interfering in the election.

President Trump has repeatedly denied his campaign colluded with Russia.

‘Welcome To The Age of Weaponized Social Media,’ said a strategy document Sullivan prepared for Stone and seen by Reuters. He described a ‘system’ he devised for creating Twitter ‘swarms’ as ‘an army of sophisticated, hyper-targeted direct tweet automation systems driven by outcomes-based strategies derived from REAL-TIME actionable insights.’

For example, at 6.43am local time on Election Day in 2016, Trump tweeted: ‘TODAY WE MAKE AMERICAN GREAT AGAIN.’

Trump’s message soon was retweeted more than 343,000 times, and in an interview last year, Sullivan told Reuters that the swarm helped overcome a surge in pro-Clinton social media postings and boost voter turnout for Trump.

Stone repeated his public denials that he had an inside track to WikiLeaks or others who hacked or published Democratic Party and Clinton-related emails and said no one from Mueller’s team has tried to contact him.