Australia’s most notorious wildlife offender who killed a donkey, exotic birds and a camel and illegally sold animal parts online has avoided deportation.

Darwin taxidermist Keerthi Raja Eswaran, 36, was jailed last year after he was caught trading protected wildlife specimens on eBay – breaching a suspended sentence given in 2017.

The Indian national’s activities first came to the attention of authorities in December 2016 after he shot and killed a donkey and protected birds including brolga and wedge tail eagles.

Pictured: Animal remains seized from Darwin taxidermist Keerthi Raja Eswaran’s home in Driver, south-east of Darwin. He has been saved from deportation despite becoming Australia’s most prolific wildlife offender 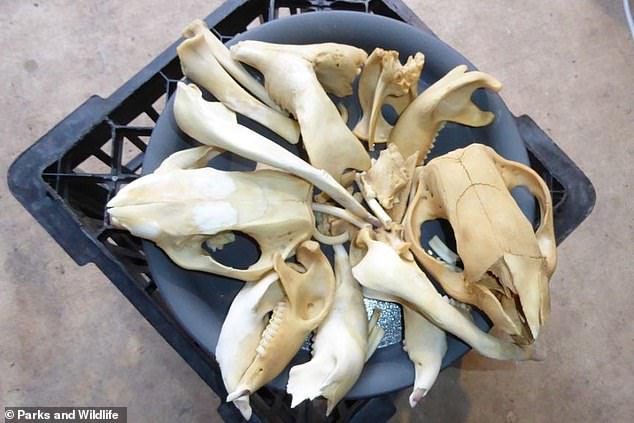 The tribunal ruled he should not be deported because he had a young son who was born in Australia Pictured: Skulls and bones found by rangers 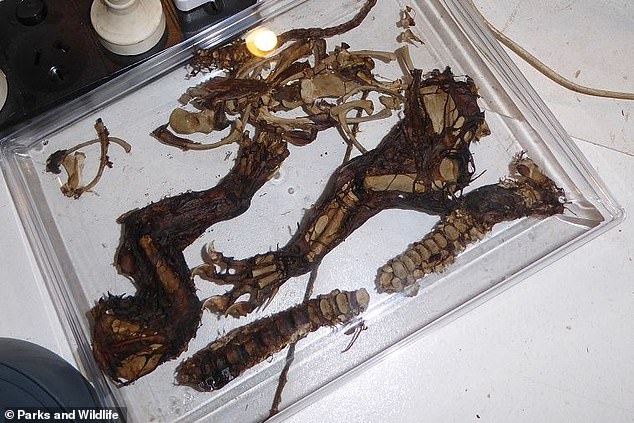 Eswaran, 35, was jailed last year after he was caught trading exotic animal specimens on eBay. Pictured are more of the animal parts seized during a raid on his home

After being given a 23-month jail sentence in May 2019 – suspended after 13 months – Eswaran’s visa was cancelled on character grounds in November.

But he appealed the ruling to the Administrative Appeals Tribunal of Australia ahead of his scheduled release in June.

Granting him the right to stay in the country, tribunal member Rebecca Bellamy ruled he should not be deported because he had a three-year-old son who was born in Australia.

‘I am satisfied that he would play a positive parental role in [his son’s] life if he remained in Australia,’ Ms Bellamy said.

Eswaran had argued in his application he would be shunned by his community were he to be forced to return to India and his family ‘would face the same fate’ if he lived with them.

The tribunal referred to an agreed statement of facts mentioning how Eswaran shot a donkey during a trip across the Northern Territory with three other people in December 2016, ‘cut off its head and left it there to collect at a later time’. 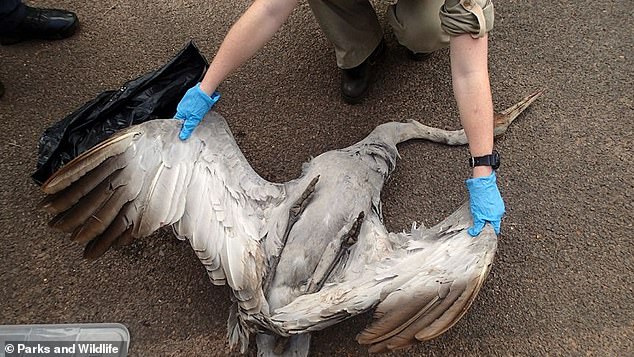 A day later, the group travelled to the Docker River in the NT’s south-west where Eswaran fired several rounds at a group of camels – killing three of them before removing their heads and putting it on the roof of his vehicle.

Ms Bellamy said there was ‘no doubt’ the Indian national had failed to meet the character test foreign nationals must pass to retain their visa.

But she accepted Eswaran’s claim he did not kill four cats he adopted from animal shelters in 2013. 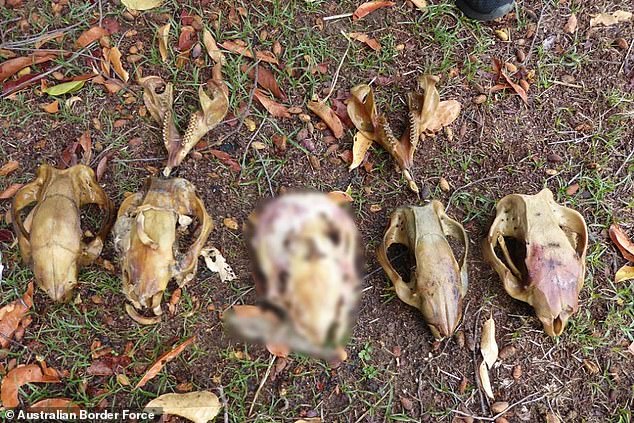 Skulls seized by rangers pictured. Agreed facts said Eswaran shot a donkey, ‘cut off its head and left it there to collect at a later time’ 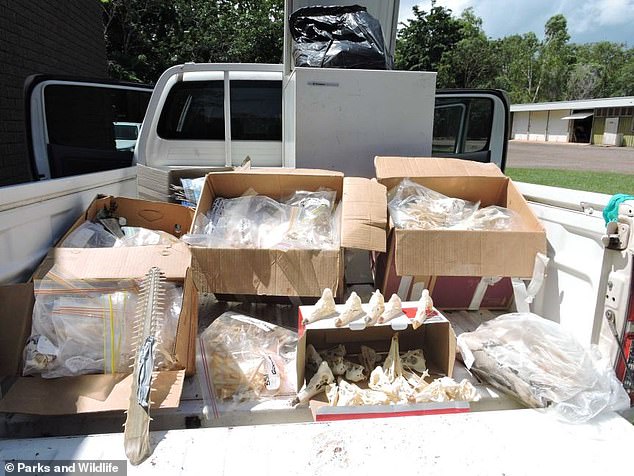 He said he had put the cats in a cage for three to four days before going overseas.

He added he was told his neighbour’s dog had broken into the cage and taken the animals.

In his request to reinstate his visa, Eswaran said his offence were based on his ‘mistake’ of collecting and selling roadkill specimens without holding the correct permit.

He also claimed he took the blame for the trip to the national park because the other three people who were with him were refugees and he wanted to save them from being deported. 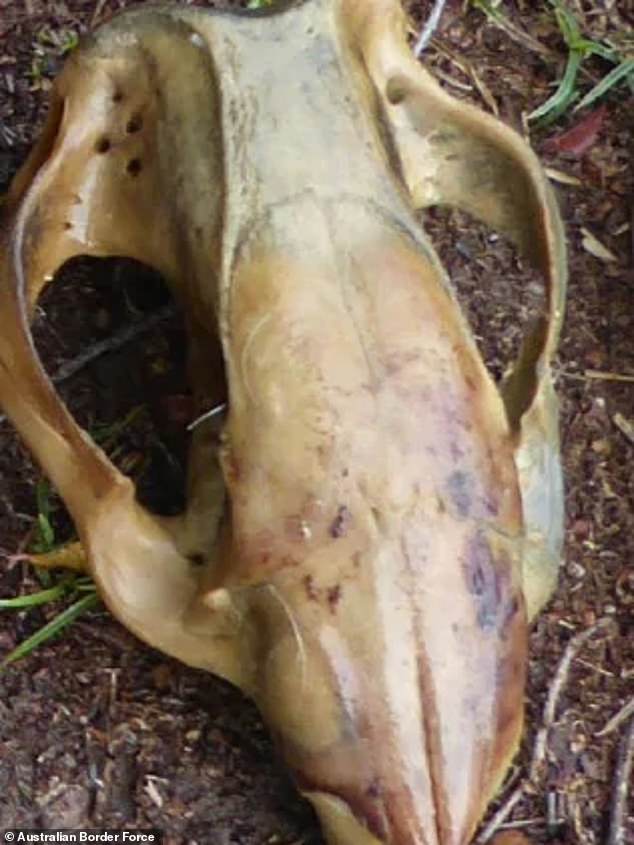 Pictured: A close-up of one of the skulls seized from his home. Eswaran’s visa was cancelled on character grounds in November

A psychologist who submitted evidence to the tribunal said he believed Eswaran had a form of ‘high-functoning autism’ characterised by ‘risk-taking and impulsiveness’.

‘I would like to take full responsibility for my offending and I honestly wish that it had never happened,’ Erswaran said.

‘He failed to mention that several of the birds and animals that he had collected had been shot,’ the tribunal ruling continued.