A ‘rogue doctor’ allegedly caused 500 cases of HIV in Pakistan after using a contaminated needle.

Health authorities were forced to screen more than 14,000 people in the district of Larkana over the past month – with more than 400 children testing positive for the disease.

Dr Sikandar Memon, the regional coordinator of the Aids Control Programme, told the country’s Dawn newspaper that another 29 patients tested positive in the most recent round of blood screening on Wednesday at the main hospital in Rato Dero.

Officials have accused a doctor of causing the epidemic after repeatedly using a single contaminated syringe.

Dr Muzaffar Ghangharo, who officials said is himself living with HIV, has been in police custody since the outbreak began in April but denies the allegations.

‘We are working on war footing to examine the suspects as well as those wishing to get themselves tested after a large number of cases were reported from Larkana and other districts,’ Dr Memon said.

Anger and fear continue to swell in the desperately poor village hit hard by the epidemic, which authorities say could also be linked to gross negligence in the wider medical community.

‘They are coming by the dozens,’ says a doctor at the makeshift clinic, beset by a lack of equipment and personnel to treat the surging number of patients. 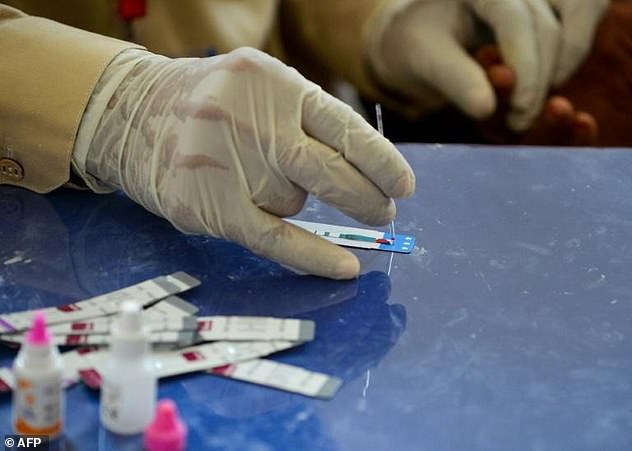 Nisar Ahmed arrived at the clinic in a furious search for medicine after his one-year-old daughter tested positive three days earlier.

‘I curse [the doctor] who has caused all these children to be infected,’ he says angrily.

Nearby Imam Zadi accompanied five of her children to be examined after her grandson tested positive.

‘The entire family is so upset,’ she said.

Others worry their children’s futures have been irreparably harmed after contracting HIV, especially in a country whose masses of rural poor have little understanding of the disease or access to treatment. 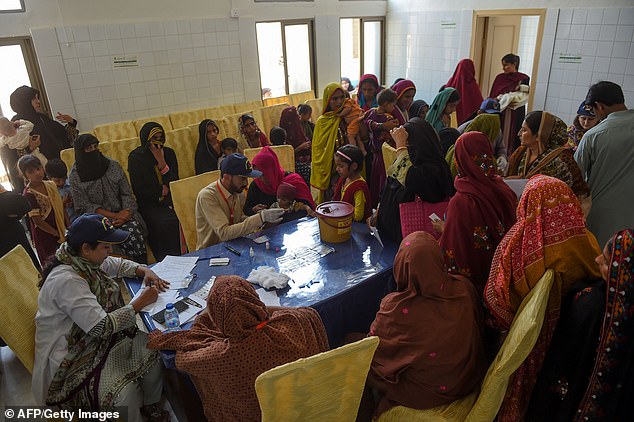 ‘Who is she going to play with? And when she’s grown up, who would want to marry her?’ asks a tearful mother from a nearby village, who asked not to named, of her four-year-old daughter who just tested positive.

Pakistan was long considered a low prevalence country for HIV, but the disease is expanding at an alarming rate, particularly among intravenous drug users and sex workers.

With about 20,000 new HIV infections reported in 2017 alone, Pakistan currently has the second fastest growing HIV rates across Asia, according to the UN.

‘According to some government reports, around 600,000 quack doctors are operating across the country and around 270,000 are practicing in the province of Sindh,’ said UNAIDS in a statement. 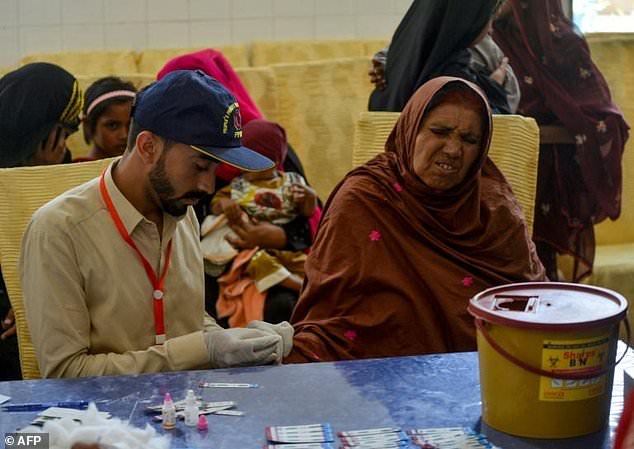 Health officials say more than 400 people, many of them children, have tested HIV positive in recent weeks as experts warn of a surge in infection rates across Pakistan