Undertakers in Brisbane have called for the state government to introduce a regulation system to prevent rogue amateurs from gaining funeral business.

It is also claimed funeral directors have been taking tiny government contracts to work at emergencies to secure funerals and driving bodies hundreds of kilometres to save money, the Courier Mail reports.

But the problem is thought to spread further afield than Queensland with rogues believed to be operating in New South Wales as well.

The Queensland government has not committed to launching a formal inquiry into the alleged rogue practices and bidding scandal.

He labelled the government ‘cheapskates’ for contracting undertakers to take bodies away from crime scenes or road accidents to the mortuary for just a cent.

‘It starts with regulation. The government has to get involved,’ Mr Brown told Daily Mail Australia.

‘The ambulance chasing is to do with a police contract. When you hear on the radio that someone has died, they’ve got to call the government contractor and they [undertakers] bid for that contract. 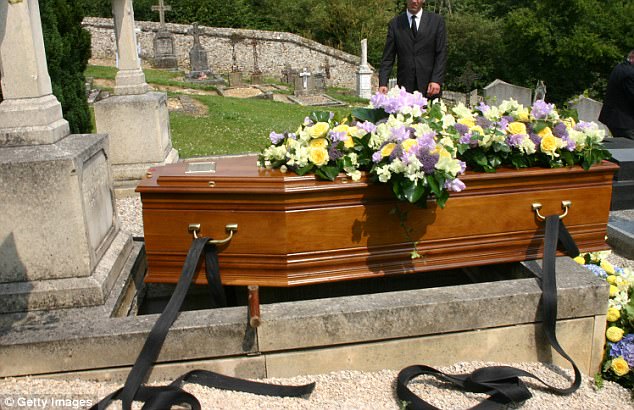 ‘The police are there and call the government undertaker for that zone to retrieve the body.

‘They get the name of the family and can tout. They just don’t care, they’re backyarders.

‘The government says it was fixed up in 2012 but it still goes on.

‘You’re dealing with people’s emotions. It’s more than getting a body and cremating it.

‘If we could get the government to regulate something then a family can say show me your licence.

‘In NSW it’s the same. People have been phoning me saying good on you for speaking about it.

‘A funeral director is not licensed or anything but but we are registered through the city or shire council,’ Mr Brown added.

But anyone can bid for a contract to become a government undertaker.

At least three contracts have been issued for as little as one cent, according to a Courier Mail investigation.

It also reports the Queensland Funeral Directors Association will meet with both the state’s shadow attorney general and Office of Fair Trading this week.

‘You just order the paperwork online and send your tender in. You don’t have to be registered,’ he said.

‘That’s probably why the government won’t do anything because it’s going to cost them too much to manage. They are robbing Peter to pay Paul.

‘The way it should be done is you apply for the contract you should have some credibility.

‘If you are a credible funeral director going for those contracts it would be better than having a rogue one doing it.

‘Otherwise how do you know they are doing it the right way.’

The Justice department has been approached for comment by Daily Mail Australia.