Rogue gipsy builders jailed for a total of 12 years

Four rogue gipsy builders, whose pensioner victims died penniless when they were conned out of £138,000 for shoddy work, have been jailed for a total of 12 years.

They used cold-calling tactics on vulnerable homeowners to ‘fix their roofs’, before ordering them to pay extra for ‘negligible’ work.

Five of their victims died during a Trading Standards probe, including one elderly man who was stripped of his life-savings by the scam. 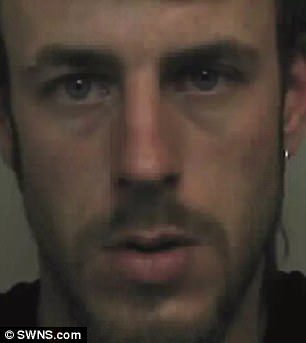 Charles Michael Hugh Doherty (left) was involved with the group for around three months and was handed 27 months in prison. Michael Rooksby (right) is currently serving time in jail and refused to show up at court for sentencing

The travellers created various flyers advertising local tradesmen with various business names in a bid to hide their identity.

They would then approach pensioners and give a quote for a small job and once work began the price would escalate.

The group, based in Irchester, Northamptonshire, targeted a total of 24 pensioners – aged between 71-93, across the Midlands, Norfolk, Cambridgeshire, and Leicestershire.

Yesterday, the callous conmen were jailed for a total of over 12 years at Northampton Crown Court.

Sentencing, Judge Roger Tregilgas-Davey said: ‘This involved cold-calling elderly, vulnerable people at their homes deliberately to take advantage of them.

‘Some of them had memory problems, mobility problems or Alzheimer’s. Their ages ranged from 71 to 93.

‘You charged extortionate prices for work that often just made the situation worse or was never needed.

The court heard how the four men would follow a four-step process when targeting their victims.

The group would cold-call at their house and offer to fix a minor problem on the roof.

They would charge a small fee for the work – but then spot more serious problems that would need extensive repairs, often demanding thousands of pounds in cash. 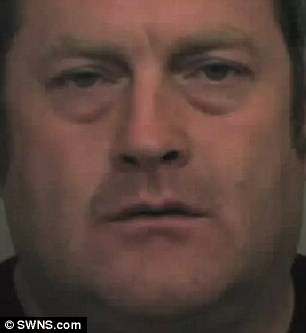 Lee, who provided the group with vehicles, was jailed for three years and four months

But none of these problems existed. The court heard how they would then begin ‘tapping the well’ – making repeat visits to the house to charge them more money.

One victim was an 82-year-old man from Northampton, who they ‘tapped’ for over £30,000 in three visits to his home.

When he tried to make a fourth withdrawal of £13,000, his bank told him he had insufficient funds.

They had left him penniless and taken all his life savings.

Fearing for his safety, his family put him in a care home where he later died of cancer during the investigation.

A victim impact statement from his daughter, which was read out in court, said: ‘Dad was fiercely independant. He didn’t want to leave his home.

‘He was deprived of what would have been the last few months in his home. He couldn’t say goodbye to his friends or neighbours.

‘He couldn’t believe he had been so stupid. He was not a wealthy man.’

Trading standards caught and convicted the four men using fingerprint evidence from the flyers as well as eyewitness and home CCTV footage.

They all pleaded guilty to fraud charges. Lee, who provided the group with vehicles, was jailed for three years and four months. 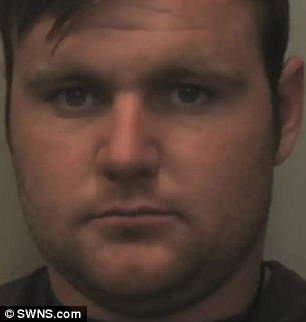 Charles Michael Hugh Doherty has convictions for similar schemes and helped swindle £75,000 for their victims in total losses. He was sentenced to four years and 10 months.

Charles Doherty was involved with the group for around three months and was handed 27 months in prison.

Michael Rooksby is currently serving time in jail and refused to show up at court for sentencing.

He had three years and 11 months added to his sentence.

Councillor André Gonzalez de Savage, Northamptonshire County Council cabinet member for public protection, strategic infrastructure and economic growth said after the case: ‘These rogue traders would deliberately target the homes of elderly and vulnerable people with the primary aim of defrauding them by tricking them into paying for unnecessary, poor quality and overpriced home repairs.

‘Our advice to homeowners is never to pay for goods or services from a doorstep trader.’