A rollerblading Vogue male model’s high speed crash into a female pedestrian left the investments expert with a fractured skull and her lucrative career in tatters.

French-born Patrick Nodanche, 28, of Leytonstone, east London, received a suspended prison sentence and has been banned from rollerblading in the West End.

She suffered a fractured skull, bleeding on the brain as well as cuts and bruises, particularly to her forehead and scalp and spent eight days in hospital and needed specialist home care.

Nodanche, who is represented by modelling agencies in London, New York, Milan and other major cities around the world pleaded guilty to inflicting grievous bodily harm on October 27, last year.

Six months after the incident she had still not returned to work for the mining company and was suffering from tinnitus and had difficulty concentrating.

The former Goldman Sachs specialist had to abandon her six-figure job when it relocated to Singapore because her injuries make long-distance travel impossible. 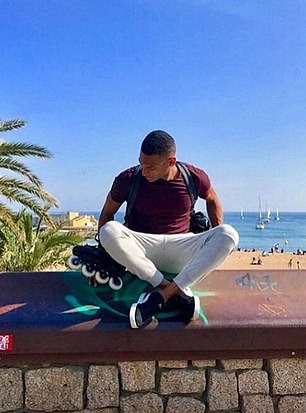 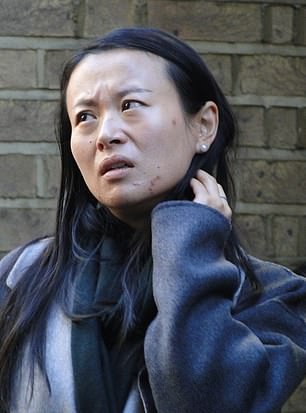 Patrick Nodanche (left, with rollerblades) ploughed into Jean Hu (right) whose career suffered a hammer blow due to her injuries

Jide Lanlehin, defending the model, told Southwark Crown Court: ‘He is very distraught and distressed about it. Officers on the day recorded his concerns and he administered first aid.

‘It was a split-second decision. The light was on amber and the road seemed clear, but a person stepped out and there was a collision.

‘He travelled in the ambulance with her out of concern for her well-being and remains concerned for the plight of the complainant.’ 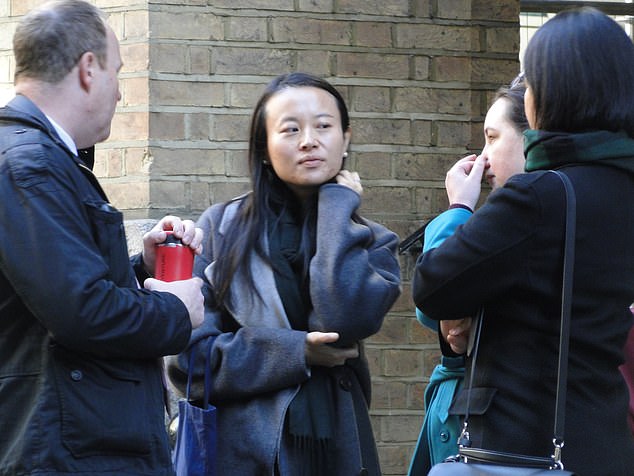 Prosecutor Mr. Steven Mould said: ‘This is a very unusual case. Ms Hu left work and was crossing the road a little bit away from the pedestrian crossing and Mr. Nodanche was on rollerblades on the road.

‘He hit Ms Hu and caused injury, inflicting a fractured skull and a haemorrhage.

‘He did not intend to cause injury and the offence is based on recklessness rather than intent.

‘There are continuing issues with Ms Hu, but the physical aspects in the main have been resolved.

‘Clearly there are issues that continue, phycological consequences in relation to this. She gets tired very easily and suffers with fatigue.’

Is it legal to rollerblade on UK roads?

Bylaws also remind parents to remind their children ‘not to rollerblade or skate on the road’  and where possible  use playgrounds or parks where there are special areas provided.

Ms Hu is now attempting a career re-start. ‘However, she feels she won’t be able to get a job at the same level.’

Judge Sally Cahill QC said: ‘This is very serious injury. He decided to use an unusual form of transport on the public highway.

‘It is almost more dangerous because he does not have any brakes and this is almost in the category of having a weapon.

‘He is going down a main busy street, knowing he can’t stop. A highly reckless act.’

The judge told Nodanche: ‘Although not on the crossing Ms Hu was only a few yards down from it and the lights were in her favour.

‘You came at great speed along Haymarket in a crouched position and stood as you got close to her.

‘You did not have the facility of putting on any brakes. The speed you were going at was a huge contributory factor.

‘The effect on Ms Hu was substantial. She was knocked unconscious and suffered an extremely severe head injury, a fractured skull and bleeding into the skull and still suffers from that.’

He was also made subject to a two-year Criminal Behaviour Order, prohibiting rollerblading in London; had the skates confiscated and must pay £500 compensation to Ms Hu.