Houston, we have a rock star! Rolling Stones rocker Ronnie Wood, 72, enjoys a tour of NASA HQ with wife Sally, 41

And the morning after, Rolling Stones rocker, Ronnie Wood, 72, and his wife Sally, 41, enjoyed a private tour of NASA’s headquarters by astronaut Shane Kimborugh.

Ronnie appeared in high spirits as he checked out the sights and shared pictures on Instagram.

Houston, we have a rock star! Rolling Stones rocker Ronnie Wood, 72, enjoyed a private tour of NASA headquarters with wife Sally, 41 on Sunday 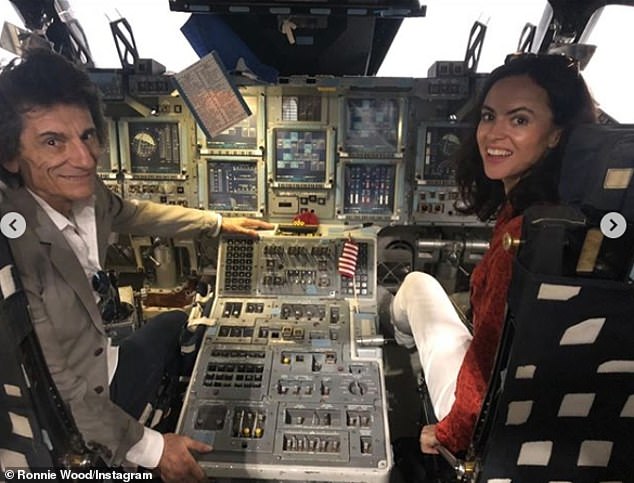 2000 Light Years From Home… The rocker and his wife Sally, 41, got to sit behind the controls for another happy photo opportunity

He had a very playful expression on his face when he walked through the door on one spaceship and pretended there was no gravity by kicking a leg up behind him.

He and Sally also got in the driving seat and pretended to be steering the vessel in front of a giant control panel.

He also posed with a space suit and joined a host of other celebrities who had signed one of the doors. 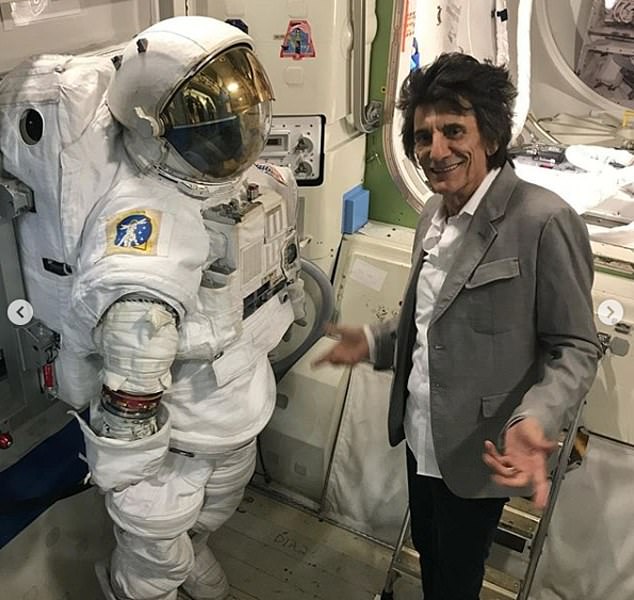 Star struck: He also posed with a space suit after once revealing he believed he saw a UFO while on a beach in Brazil 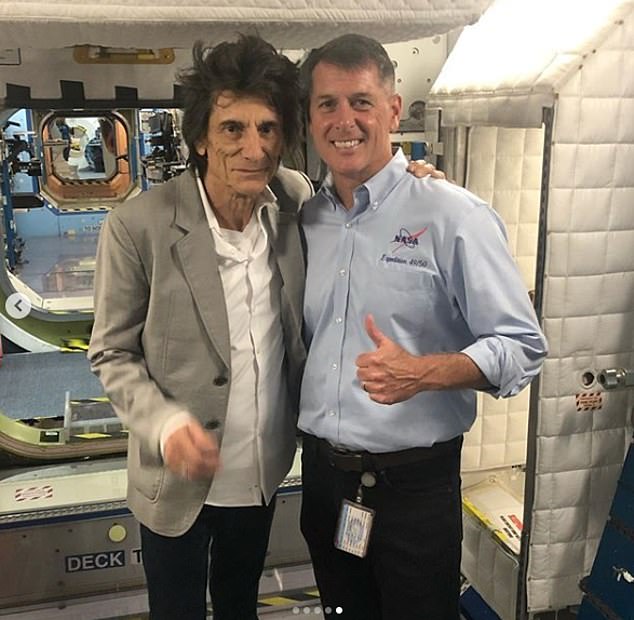 Thumbs up: Ronnie also posed for a snap with astronaut Shane Kimborugh

Ronnie has previously admitted to believing in UFOs and claims to have seen one while on holiday in Brazil with his ex-wife Jo Wood.

Jo previously said: ‘He was in the garden in this house by the beach and he said, ‘Jo, quick, there’s some weird lights out here, come and have a look at this. 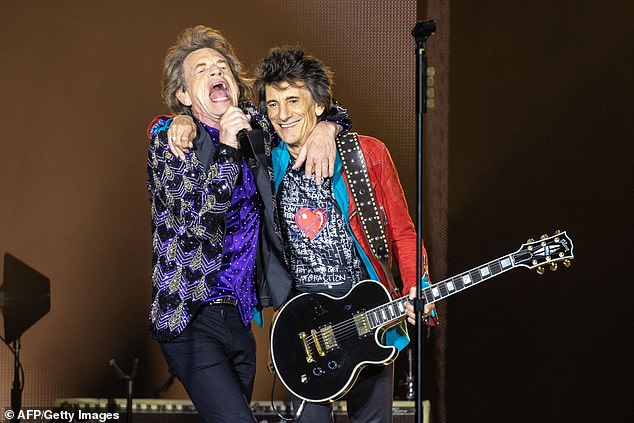 On stage: The Rolling Stones are back on tour after it was postponed back in April in order for Mick Jagger to have heart surgery

She joined him outside and saw a shape with lights over the sea.

She said: ‘It just lifted up and it went to the right and it was gone, like nothing I’d ever seen on Earth, there was no noise, nothing.’

The Rolling Stones are back on tour after it was postponed back in April in order for Mick Jagger to have heart surgery.

The tour will end on August 31 in Miami at the Hard Rock Stadium. 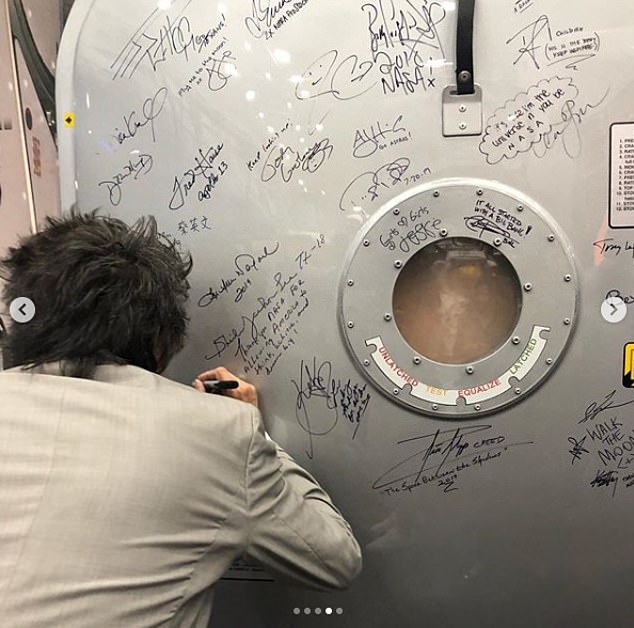 Sign me up: Ronnie joined a host of other celebrities who had signed the door