Rolls-Royce pulls video of Skepta in car with no seatbelt

Luxury car maker Rolls-Royce has pulled a video that showed grime artist Skepta being driven around while not wearing a seatbelt.

In the video, which has been removed from YouTube and Facebook, the award-winning rapper is seen sitting in the back seat of a £360,000 Rolls-Royce Phantom with a friend, creating a song while being chauffeured not buckled up.

The Highway Code states that all passengers – including those sat in the rear – must wear a seatbelt at all times.

The rapper is seen sitting in the back seat of a £360,000 Rolls-Royce Phantom with a friend 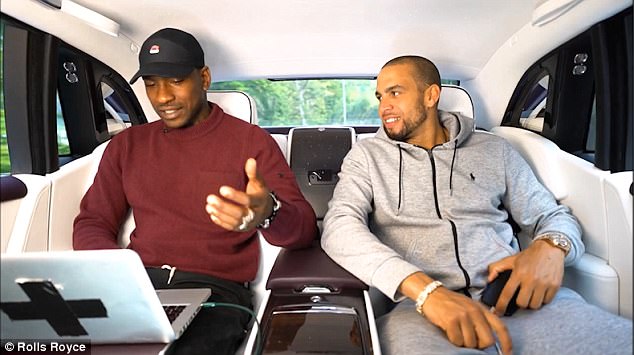 Road safety campaigners reacted with shock that Rolls-Royce, based at Goodwood, West Sussex, released the video, which was filmed in Switzerland.

Jason Wakeford, director of campaigns for road safety charity Brake, said: ‘It appears as if seatbelts may not have been worn in this promotional video and, if that was indeed the case, we’d expect Rolls-Royce to be setting a much better example.

‘Putting on a seatbelt only takes a few seconds, yet remains one of the most important things people can do to protect themselves in a vehicle. 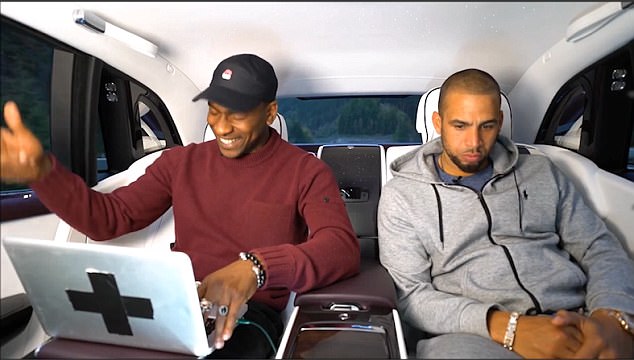 The pair are not wearing seatbelts, which could mean a fine of £150 in Switzerland 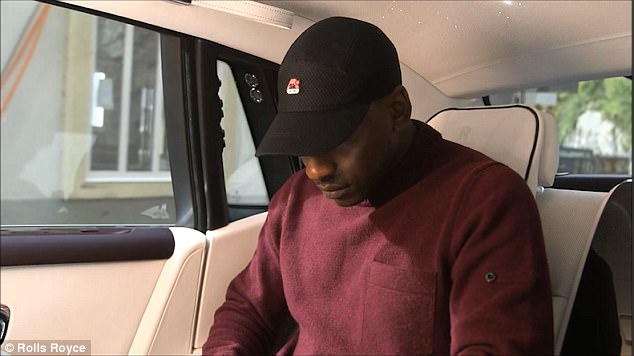 In the video, award winning rapper Skepta is trying to create a song on his laptop

‘Failing to belt up is not only illegal, but it could also cost you and those around you their life.’

Under Swiss law, it is compulsory for all passengers to wear a seatbelt if they are fitted. According to the RAC, police officers can issue and collect on-the-spot fines of up to 200 Swiss francs (circa £150).

In the video, Skepta and his passenger are seen being driven around the Swiss Alps while he attempts to create a song on his laptop. On several occasions, the passenger leans forward and it’s clear that the pair are not wearing seatbelts.

Edmund King, president of the AA, added: ‘Perhaps Skepta, the great grime artist, should listen to his own song ‘It Ain’t Safe’ before rapping in the back of a Rolls-Royce, apparently not wearing a seatbelt. 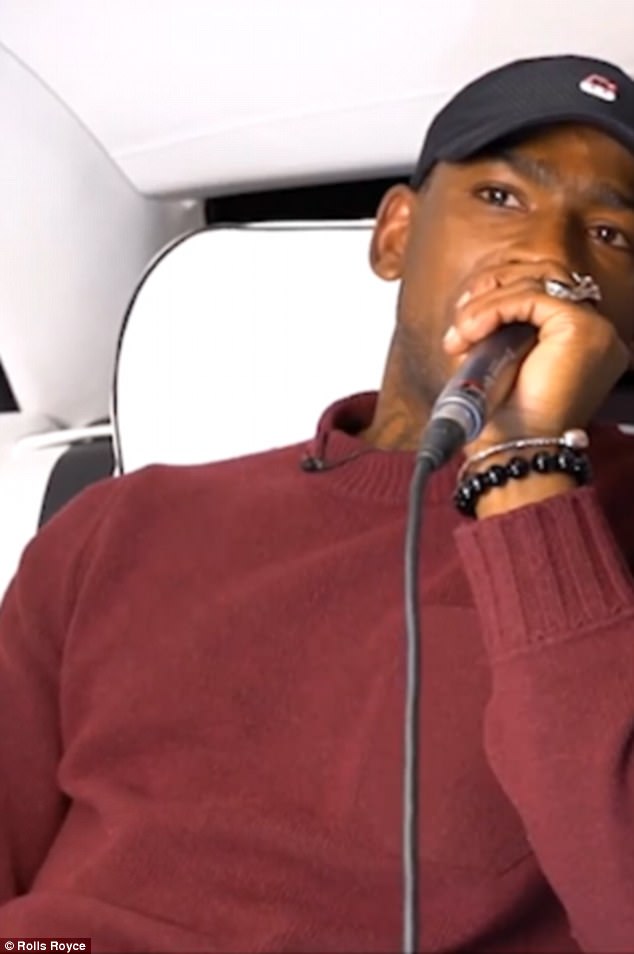 Back in In 2010, Skepta tweeted: ‘Why don’t Cars have a button that says ‘I’M GONNA PUT MY SEATBELT ON IN A MINUTE NOW STOP F*%KIN BEEPING’.

‘Remember ‘it ain’t safe’ ever to travel in any car, no matter how safe, without belting up.’

The National Police Chiefs’ Council was unable to comment, but quoted UK legislation which states: ‘You must wear a seatbelt in cars, vans and other goods vehicles if one is fitted.

‘Adults, and children aged 14 years and over, must use a seatbelt or child restraint, where fitted, when seated in minibuses, buses and coaches.

‘Exemptions are allowed for the holders of medical exemption certificates and those making deliveries or collections in goods vehicles when travelling less than 50 metres.’

Drivers or passengers who break the law by failing to wear a seatbelt could face an on-the-spot fine of £100, or a maximum fine of £500, if prosecuted.

In 2010, Skepta tweeted: ‘Why don’t Cars have a button that says ‘I’M GONNA PUT MY SEATBELT ON IN A MINUTE NOW STOP F*%KIN BEEPING’.’

Think!, the government’s dedicated road safety website, says statistics show you’re twice as likely to die in a crash if you fail to buckle up.

Rolls-Royce failed to respond to requests for a comment and subsequently pulled the video from YouTube. Skepta could not be reached.