Daniele De Rossi believes Roma’s Champions League clash with Porto could be the ‘right day’ to heal the rift between the club’s fans and team-mate Aleksandar Kolarov.

Serbia international Kolarov, a former player of fierce city rivals Lazio, angered the Giallorossi faithful in November by saying supporters ‘know nothing about football’ in response to criticism of a defeat.

The 33-year-old ex-Manchester City defender was then the subject of offensive graffiti following last month’s 7-1 thrashing at Fiorentina in the Coppa Italia. 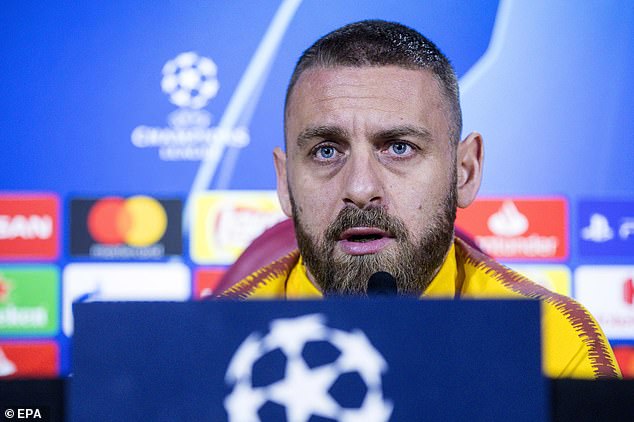 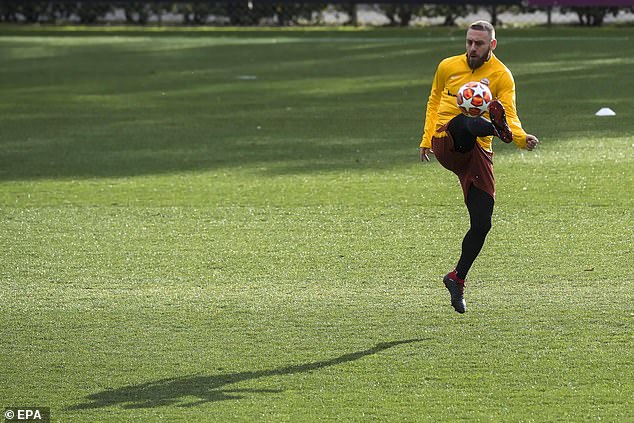 Club captain De Rossi feels trapped in the middle of the dispute and, ahead of Tuesday’s European last-16 first leg, is keen for a resolution.

‘I would be the happiest person in the world if the friction between Kolarov and the fans came to an end,’ former Italy midfielder De Rossi told the club’s website.

‘I feel caught in the middle of it a bit – I love the Giallorossi fans, who have always protected me, and Alex is like a brother to me.

‘All I can ask the fans to do is to continue to trust me – Kolarov is a great professional.

‘I’m not saying he’s been a Roma fan all his life but I am saying that he always gives what he needs to give, he never misses a training session and he plays even when he’s not fully fit. 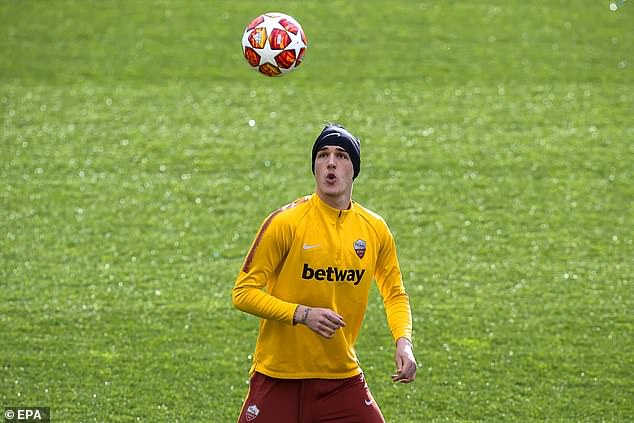 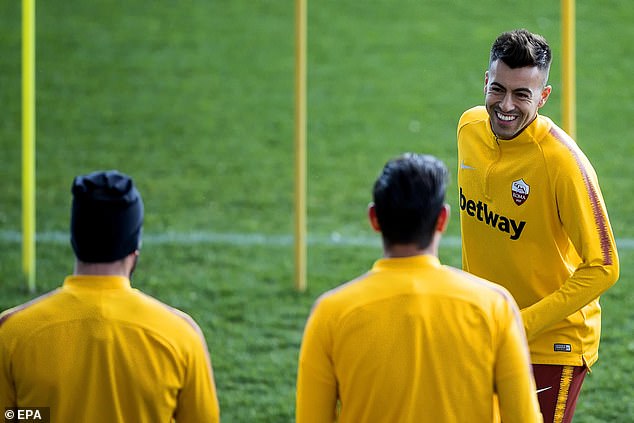 ‘The fans need to be respected and we need to be patient when they show their displeasure over results. Tomorrow could be the right day to heal the rift.’

They have endured a disappointing domestic campaign under Eusebio Di Francesco and are currently 25 points behind runaway leaders Juventus.

Head coach Di Francesco thinks it is crucial his team do not allow Porto to score an away goal ahead of the return match at Estadio do Dragao on March 6.

‘Tomorrow we have a great opportunity to produce a good performance and bring back some enthusiasm,’ said the 49-year-old.

‘It’s vital that we don’t concede, although we can’t allow that desire to compromise our identity and the way we want to play.’ 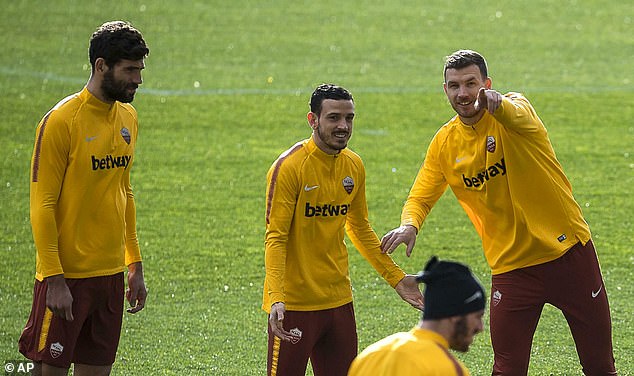 Giallorossi defender Kostas Manolas should be available following a knock, while goalkeeper Robin Olsen faces a late fitness test on a calf injury.

Czech forward Patrik Schick is unlikely to be involved because of a muscle problem and Diego Perotti and Cengiz Under remain sidelined.

Porto’s preparations have been hit by injuries to first-choice strikers Vincent Aboubakar and Moussa Marega, while midfielder Jesus Manuel Corona is suspended.

Manager Sergio Conceicao, who returns to Stadio Olimpico having represented Lazio during his playing days, says he must overcome the selection setbacks.

‘I am paid to find solutions and not to be involved in the problems,’ he said, according to Porto’s Twitter account.

The 44-year-old added: ‘Obviously entering this stadium comes to memory the happy years and the many titles I have conquered in Lazio. It’s always an emotion to come to Rome, but my focus is tomorrow’s game.

‘Every day I feel a great pride in representing a club as big as ours.’