Two Roma fans have been arrested after attacking their Chelsea counterparts in the Italian capital, according to reports.

The Sun says the arrests were made following a ‘violent’ incident at The Shamrock pub in Rome’s city centre.

Around 20 ultras attacked Chelsea supporters in the bar after shooting fireworks into the air nearby, witnesses say.

Two Roma fans have been arrested after attacking Chelsea supporters, according to reports

The group allegedly wore masks and carried sticks but, despite ambulances being called, no serious injuries have been reported.

A bystander told The Sun: ‘It all kicked off around midnight just as the pub was about to close up.

‘It’s popular with visiting fans as it has a football theme and is in the centre of town close to the Colosseum.

‘This group of Roma fans burst in wearing masks and sticks and attacked the Chelsea fans who were heavily outnumbered. 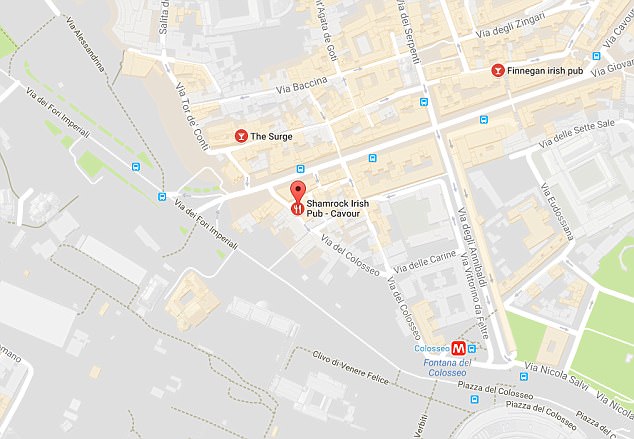 The incident occurred at The Shamrock, located in Rome’s city centre 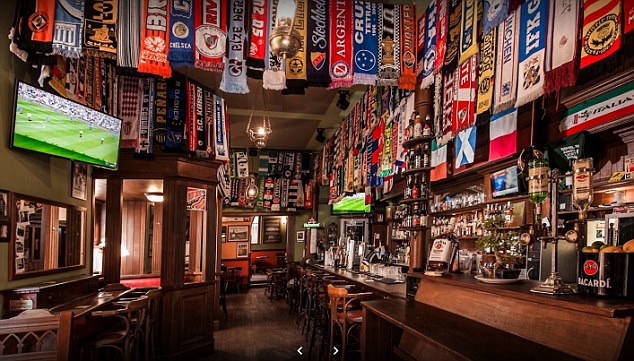 ‘It was chaos for a few minutes and then when police arrived the Roma fans ran off but they stopped two of them.’

There have been concerns in the build-up to Tuesday’s Champions League encounter between Roma and Chelsea that the event could be marred by hooligans.

Around 2,000 Blues supporters are expected in Italy for the game and, following some scenes of violence and disorder when Roma visited west London two weeks ago, police have been on high alert.