‘This is why VAR is needed in the Champions League’: Roma post hilarious spoof video as they invite UEFA to introduce technology following semi-final exit to Liverpool

Roma still seem somewhat bitter about their Champions League exit, having poked fun at UEFA this week for not implementing the use of VAR in the competition by posting a hilarious spoof video on Twitter.

The Serie A side lost their semi-final tie against Liverpool 7-6 on aggregate despite winning the second leg 4-2 in Rome earlier this month, but they were left furious at the full-time whistle of that match after seeing two penalty shouts waved away.

The club’s president called it a ‘joke’ that the technology was not being used afterwards and they have again invited UEFA to introduce VAR into the Champions League, but in a much calmer manner this time. 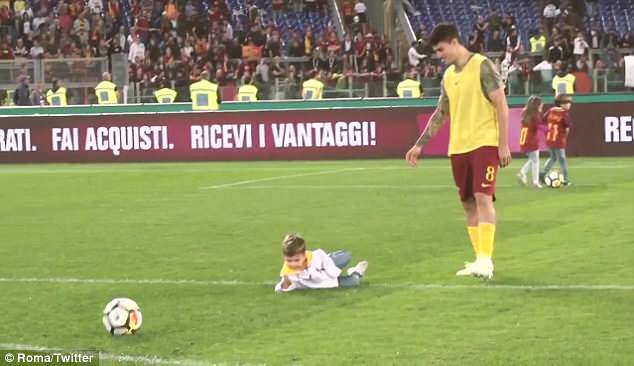 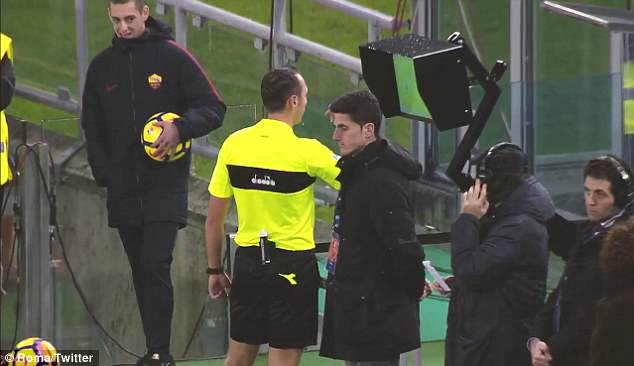 Roma’s official English Twitter account posted a video of Diego Perotti playing with his son on the pitch and committing a blatant trip on him in the penalty area.

The video is edited to show a referee consulting VAR and then correctly sending Perotti off for the foul.

They captioned the video: ‘This is the reason why the VAR is necessary in the UEFA Champions League.’ 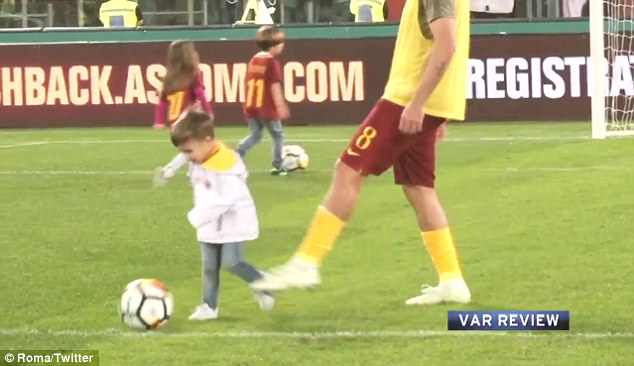 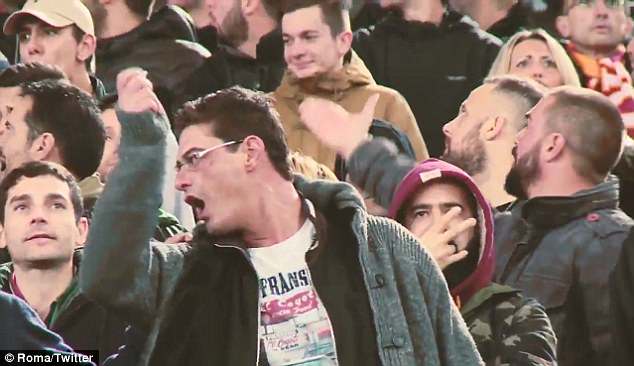 The club’s Twitter account is well known to publish some funny material, having posted a tweet suggesting they could be selling a lot of babywear in nine months’ time after overcoming a three-goal deficit to beat Barcelona.

However, despite the funny manner in which Roma appealed to UEFA to introduce VAR into the Champions League this week, it is unlikely the governing body will make a U-turn on their decision, having already confirmed it will not be in use for next season’s competition. 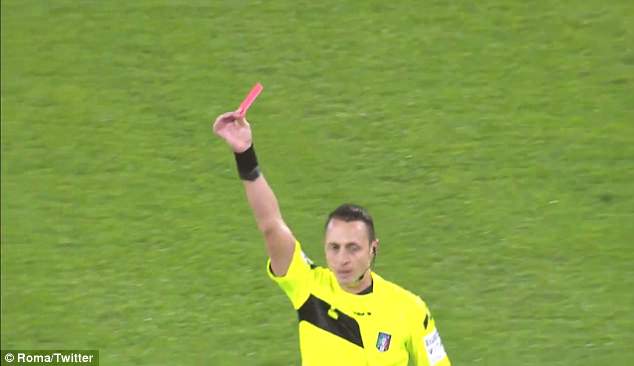 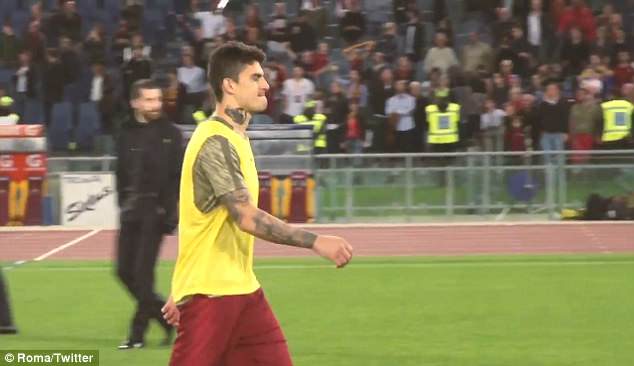