Edin Dzeko is inching closer to officially sealing his move from Roma to Inter Milan, with the veteran striker reportedly set to undergo his medical imminently.

Dzeko, 35, was given the green light by his club to complete his switch to the San Siro, and was spotted at the airport before his flight to Milan.

Sky Sport Italia claimed that the frontman was poised to jet out for the final checks, and he is expected to put pen to paper on a two-year deal.

Questioned by journalists on his way to wrap up the transfer, Dzeko, formerly of Manchester City, said: ‘Greetings to the fans? Let’s talk later.’

But with the final details believed to have been completed on Roma’s part, Dzeko will join their Serie A rivals today and is said to be earning €5million (£4.2m) per season.

Dzeko enjoyed a fine spell at the club after joining from City in 2015, having scored 119 goals in 260 appearances in all competitions. 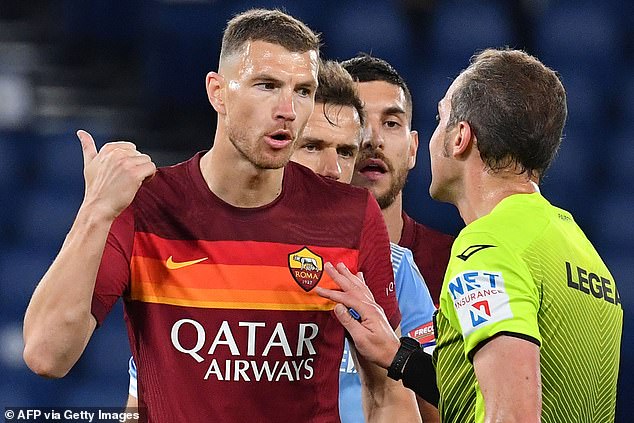 This formidable record quickly made him a favourite among supporters, who did their best to beg him not to leave for Milan recently.

A social media post from reporter Daniele Mari appears to show one person urging Dzeko to stay by shouting at him after he left his car at Roma’s training ground.

The tweet, which was accompanied by the caption ‘attempts at persuasion in Trigoria’, captures the supporter yelling ‘Edin!’ to grab his attention.

They then added: ‘Sign a new contract with Roma! Don’t go to Inter! I’ll come and get you at the airport and drag you back here!’ Dzeko did not respond. 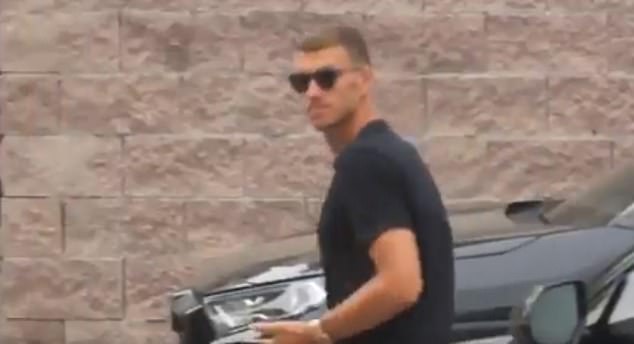 He will replace Romelu Lukaku at his new club, with the Belgium ace set to seal his return to Chelsea this week for £98m.

And this in turn may spark a merry-go-round that sees Tammy Abraham leave Stamford Bridge – and he could be the man to fill the void Dzeko has left at Roma.

Sportsmail revealed that Roma have proposed a £34m deal to sign Abraham, with the offer entailing an initial loan with an option to make the deal permanent. 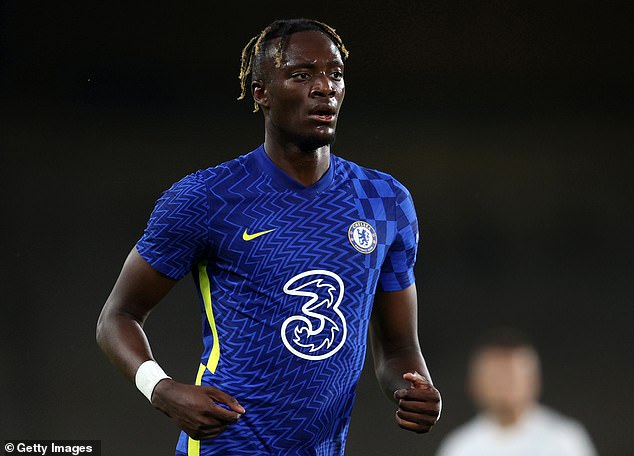 Abraham, 23, is yet to agree to the move and is also courting interest from Arsenal. He scored 12 goals last season and looks set to be frozen out this time around.

Despite already rejecting a move to Italy with Atalanta, Abraham is open to joining Roma and working with their new manager Jose Mourinho.

It is understood that Arsenal are still in the frame, but their swoop will depend on Alexandre Lacazette’s future being resolved first.