Roma made their final preparations for the game against Barcelona when they trained at the Nou Camp on Tuesday evening.

The Italian side took the opportunity to become accustomed to the pitch where their Champions League quarter-final will get underway on Wednesday.

Coach Eusebio Di Francesco readied his side for the biggest game of their season to date as they carried out a number of drills and a practice match. 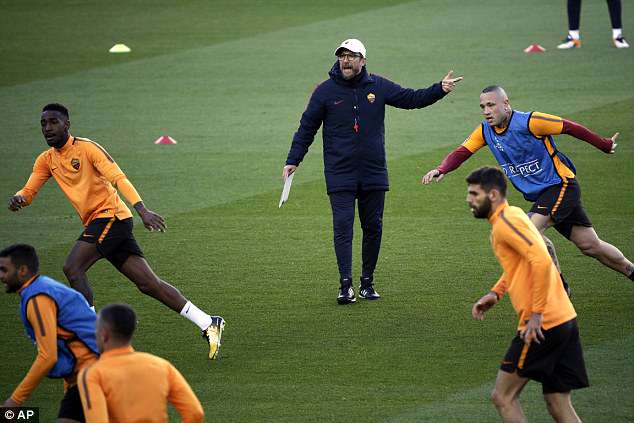 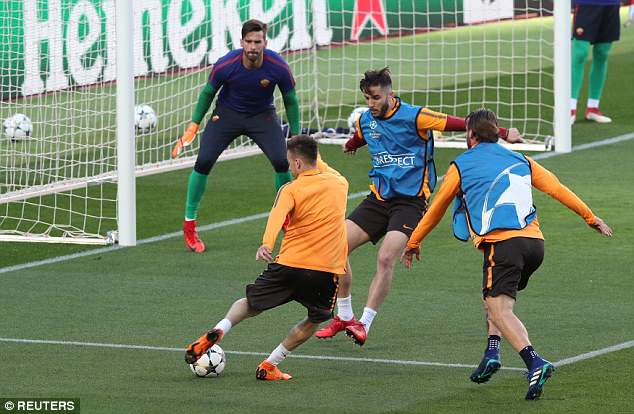 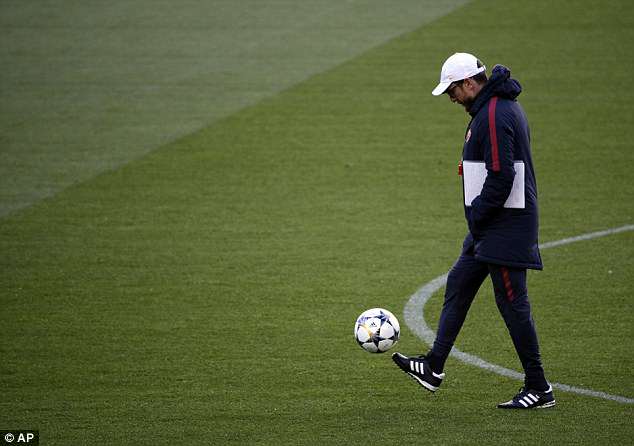 Di Francesco has promised his team will try to deliver an extraordinary result and they all looked up for the challenge as they worked hard to impress their coach on the Barcelona pitch.

Roma know they will have their work cut out to get a result against Barcelona, who extended their unbeaten run with two late goals against Sevilla on Saturday, rescuing a 2-2 draw.

Talking to reporters before the match, Di Francesco said: ‘We come here with the desire to do something extraordinary, but equally with great respect for our opponents – perhaps the best side in the world. We want to continue to dream.’ 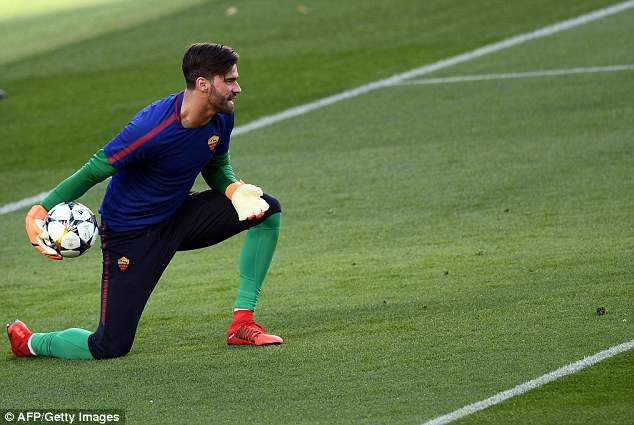 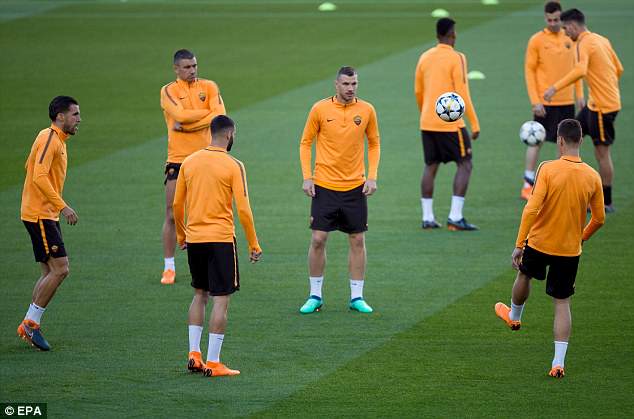 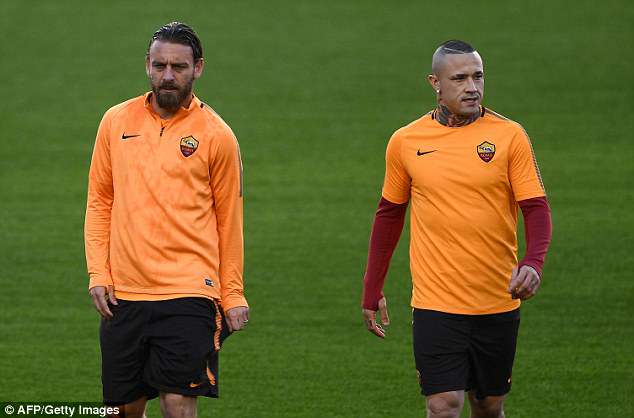 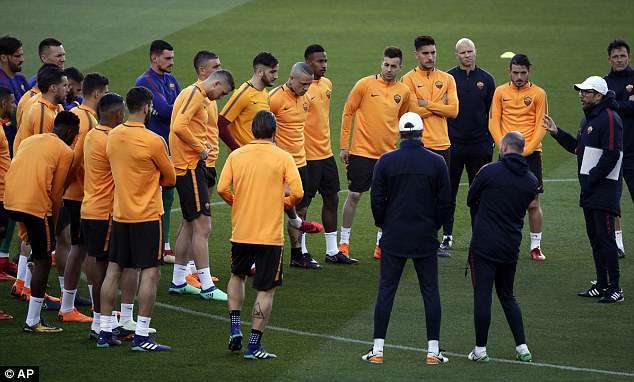 Radja Nainggolan trained on Tuesday evening but Di Francesco claimed there was only a 50/50 chance of him starting after he suffered an injury during Roma’s 1-1 draw with Bologna.

‘Nainngolan is an important player for us. Between today and tomorrow he will go through some tests so that we can know for sure if he’ll be able to play or not: he has about a 50 per cent chance right now.

‘In my opinion Barcelona are a good enough team on their own without getting the added help of any hints on who we might play, not that I think that they would base their whole plan around which line-up we put out anyway.

‘No-one is guaranteed to play. I wanted to keep everyone on their toes because each of them can look to make the difference for us. Tomorrow, more than ever, we have to stick together as a team.’