Forgotten frescoes: The incredible paintings that adorn the walls of abandoned grand houses across Europe

These incredible frescoes had been left to ruin inside grand abandoned buildings across Europe – and forgotten.

That’s because French photographer Romain Veillon found them and snapped them for posterity as he explored empty mansions in countries such as Italy, France, Germany, Portugal and Ireland.

Before entering these buildings, the snapper sometimes knew they were home to incredible artwork. But sometimes it was a pleasant surprise to discover these intricate works adorning the walls.

Mr Veillon said: ‘These works have their own unique beauty and we are only a few to have been lucky enough to witness their nobility. Little by little, they are wasting away.

‘These photographs represent a time where art was more important than fame or money. They are also the symbols of a golden age. It’s not easy to imagine what these walls looked like before.’

Dust and wooden frames might be piled up on the floor in this abandoned houses that Romain Veillon discovered, but the incredible frescoes on the walls greatly improve the aesthetics 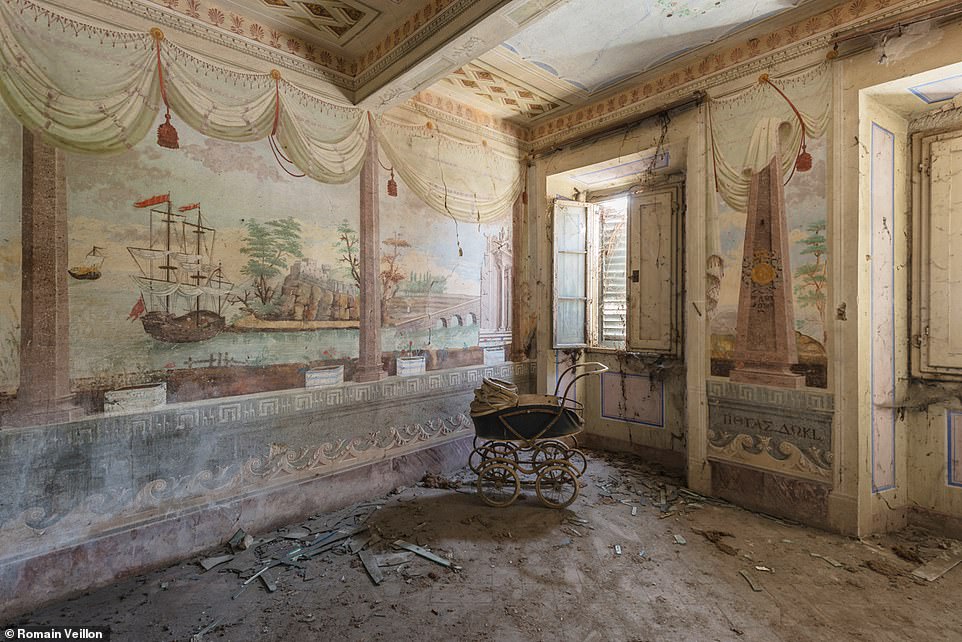 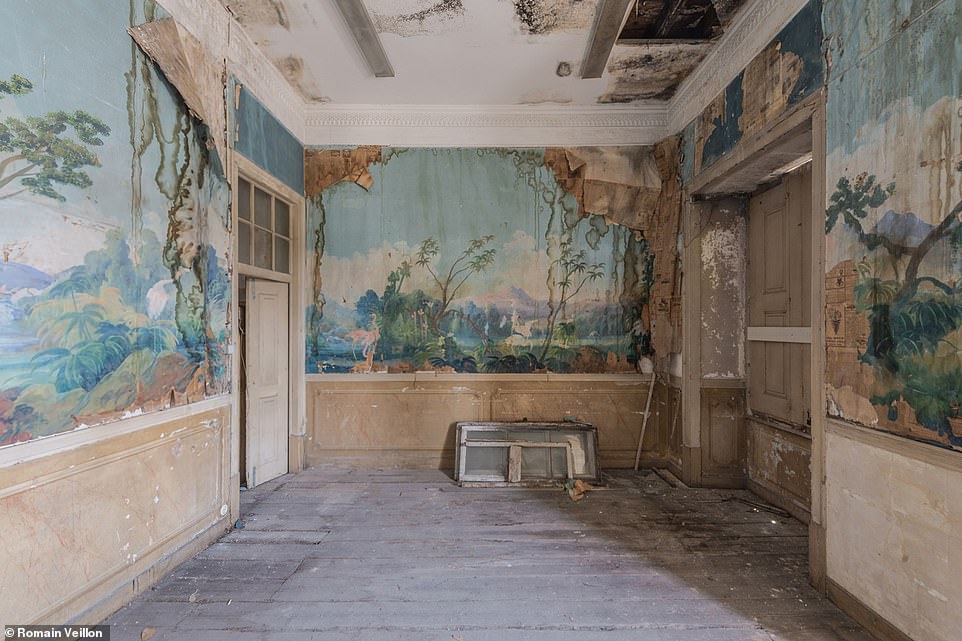 On entering these eerie buildings, Mr Veillon knew there would be incredible art. Other times, the frescoes adorning the walls were a complete surprise 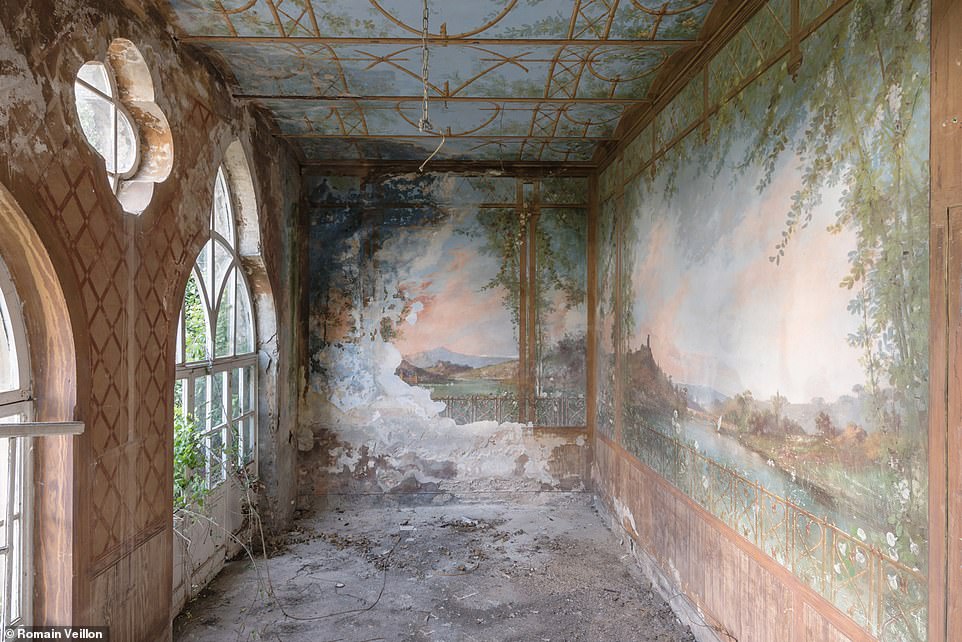 In this building, the countryside and lake scene painted so intricately on the wall has begun to fade 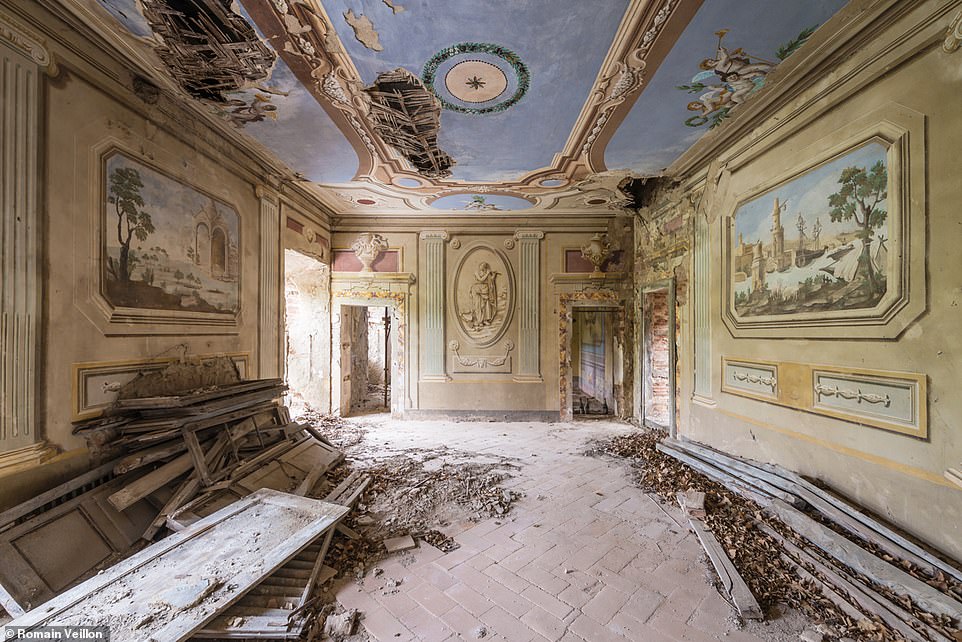 The artwork on the wall and ceiling of this mansion is mostly intact. But it still resembles a scene from a horror film 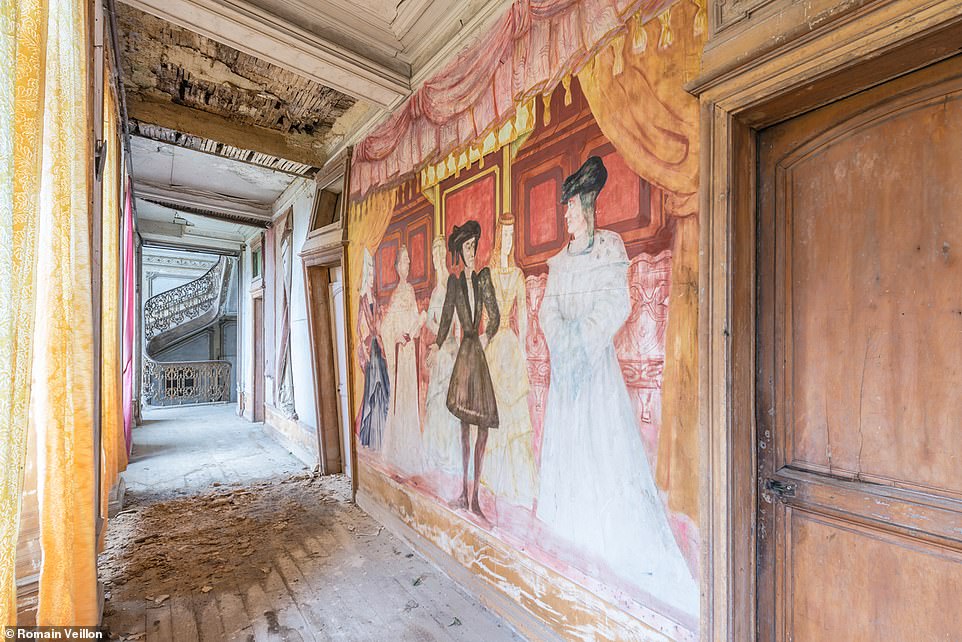 Romain said: ‘The quality of the frescos and paintings are different from each other but it is still stunning to discover how people decided to decorate their homes’ 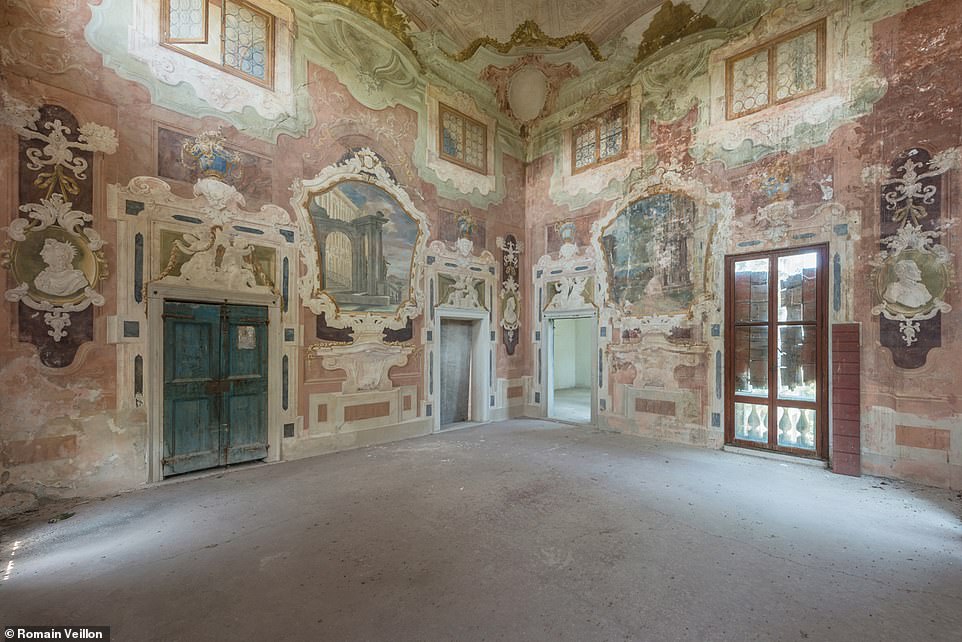 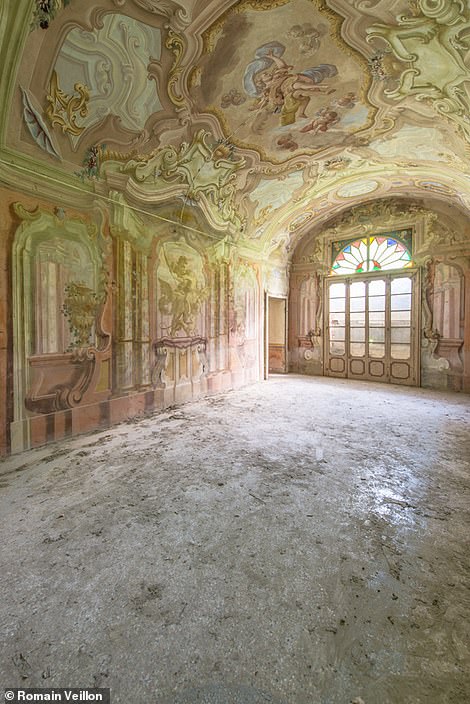 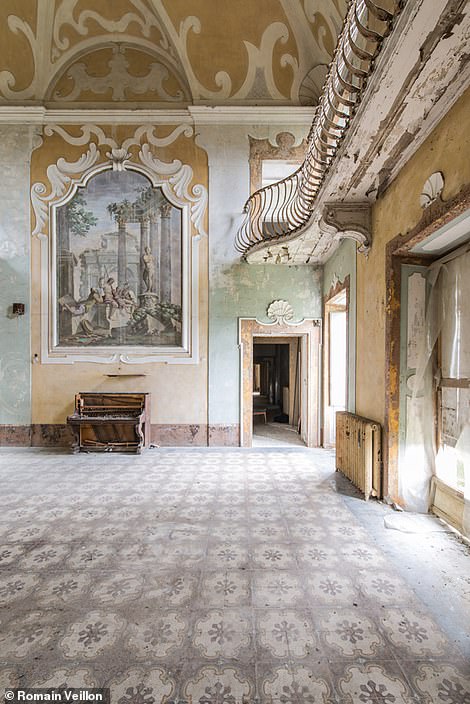 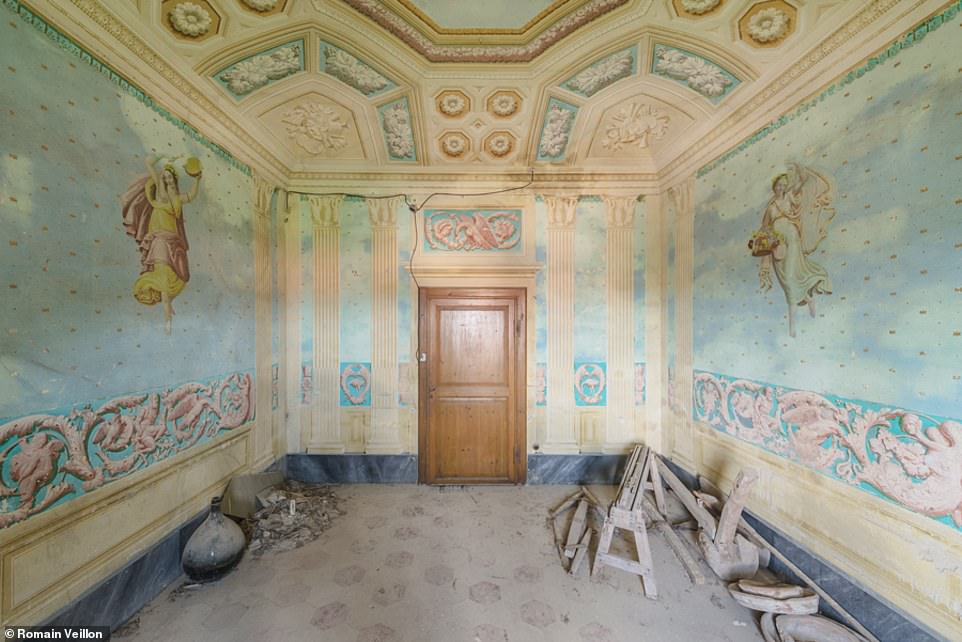 Romain said: ‘It is a joy to be able to almost travel into the past and see these unique and wonderful paintings only a few people have been able to see’ 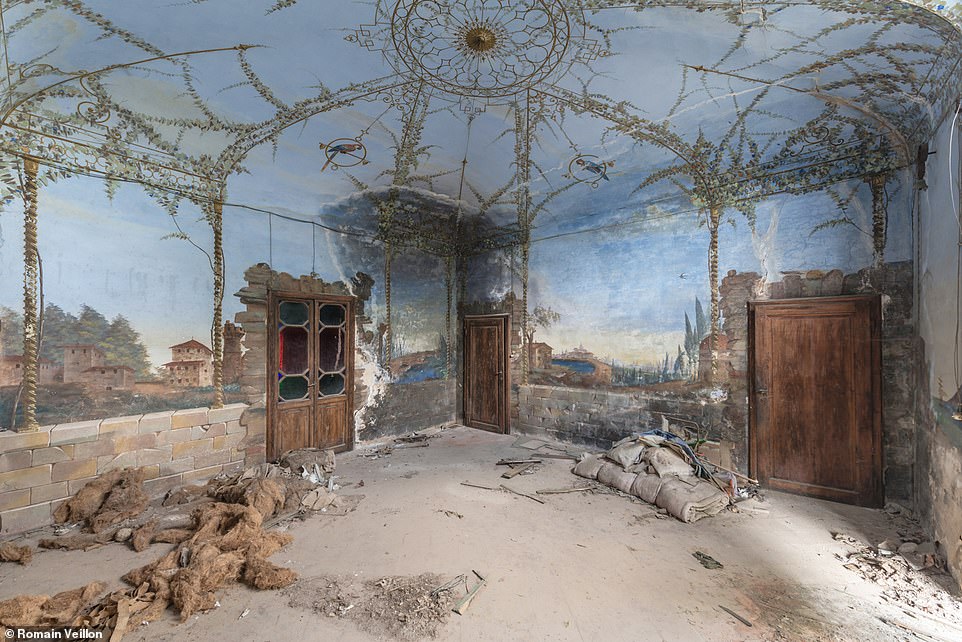 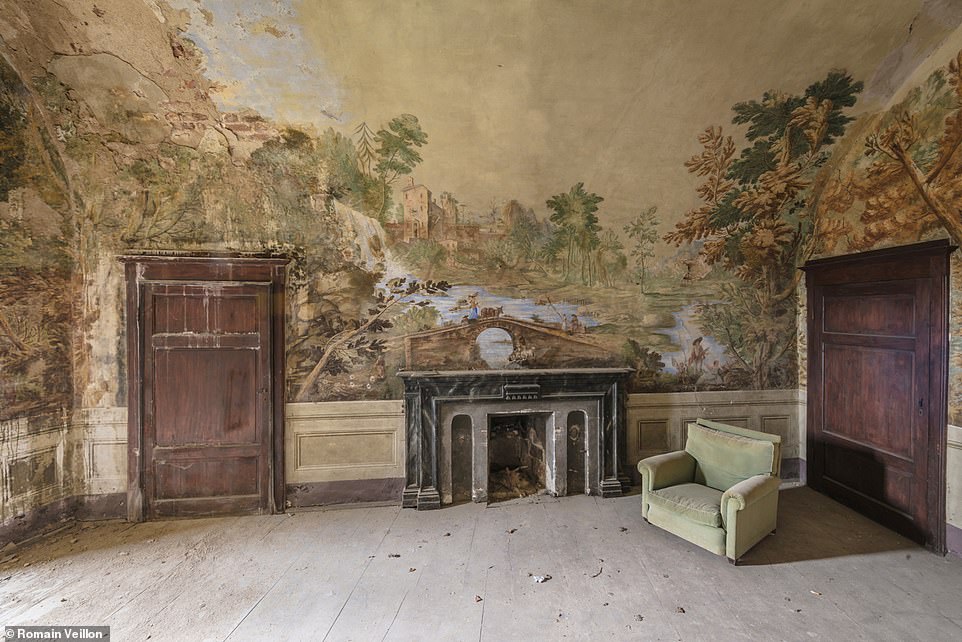 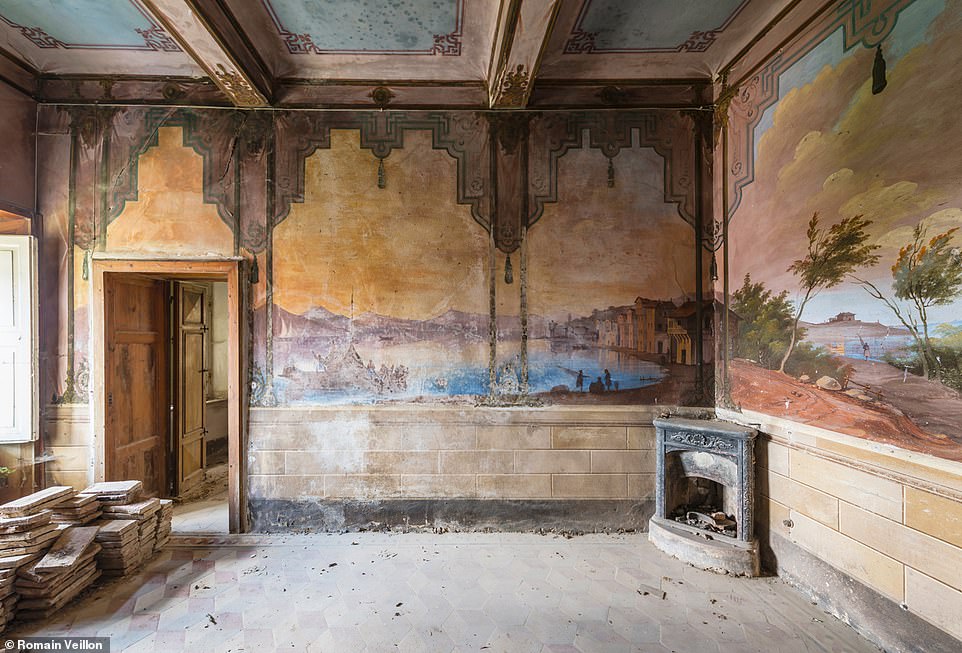 Romain is concerned that some of these frescoes will be lost for good. Some, he said, are just being left to fade, some suffer at the hands of graffiti artists and others will disappear because the houses have been earmarked for demolition 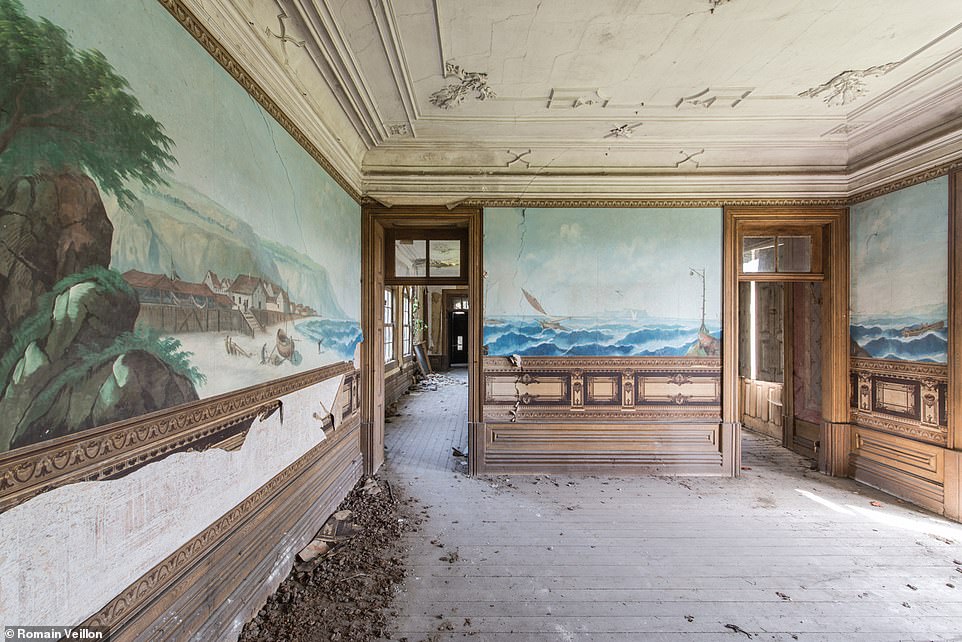 A nautical themed fresco has been painted on the wall inside this abandoned property. The house, now, though, is far from shipshape 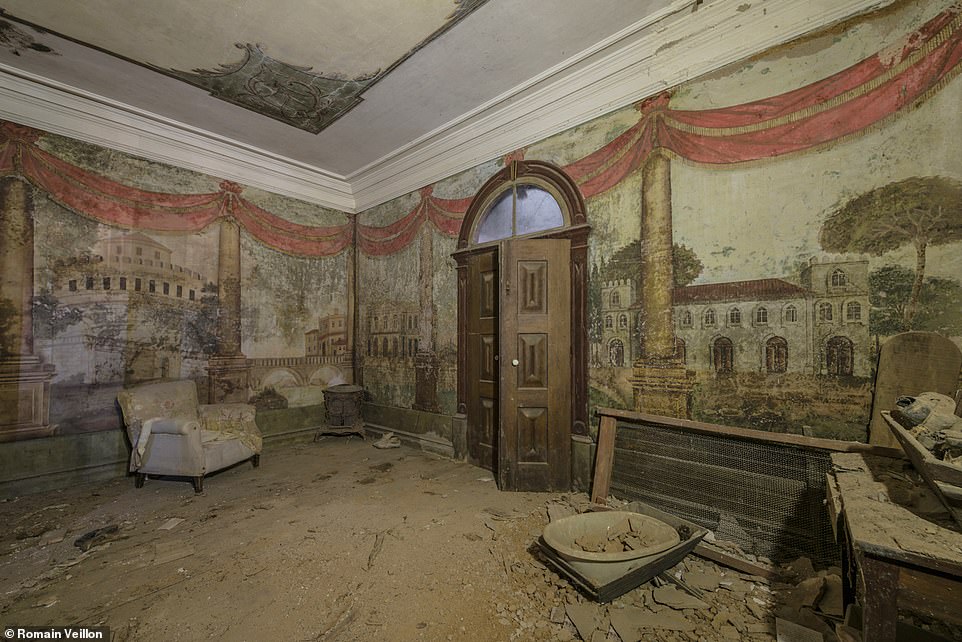 Romain said: ‘This art is the symbol of a golden age. It’s not easy to imagine what these walls looked like before, but I believe this is a part of the journey’