Roman Polanski set to face barrage of abuse from feminists

Roman Polanski faced a barrage of abuse from feminist protesters as he arrived at a celebration of his work in Paris.

The Franco-Polish director, who is accused of a string of sexual assaults, appeared at the prestigious Cinematheque Francaise film archive, where his films will be showcased next month.

But some 80 protesters were waiting for him outside, where they banged on windows and carried posters with slogans including, ‘If rape is an art, give Polanski all the Cesars’. 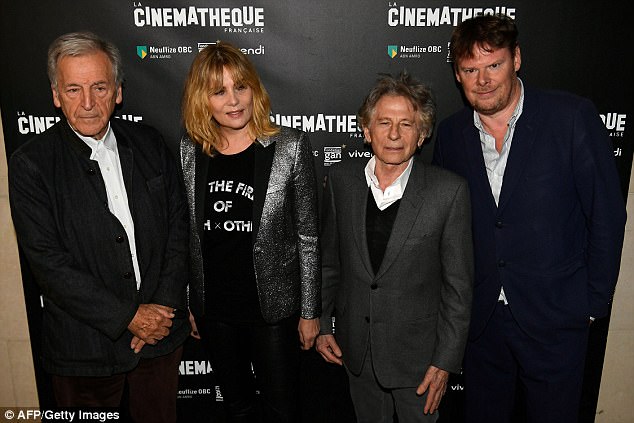 Two members of the Femen group briefly exposed their breasts and shouted ‘no honours for rapists’ in the presence of Polanski before security pushed them outside.

The veteran director, who had entered the building through a back entrance, was set to present his new movie ‘Based on a True Story’ at the event.

Polanski, director of ‘Chinatown’ and ‘Rosemary’s Baby’, is wanted in the United States for statutory rape of a 13-year-old girl in 1977, when he was 43.

The 84-year-old admitted to the charge after more serious rape charges were dropped, and spent an initial 42 days in jail before being released for good behaviour.

Speaking ahead of his appearance , Osez le Feminisme (‘Dare to be Feminist’) spokeswoman Raphaelle Remy-Leleu told AFP: ‘What is important for us is that the retrospective be cancelled and that the Cinematheque apologise.’ 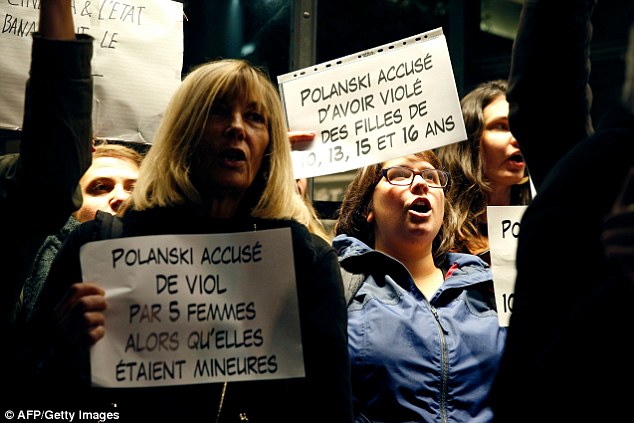 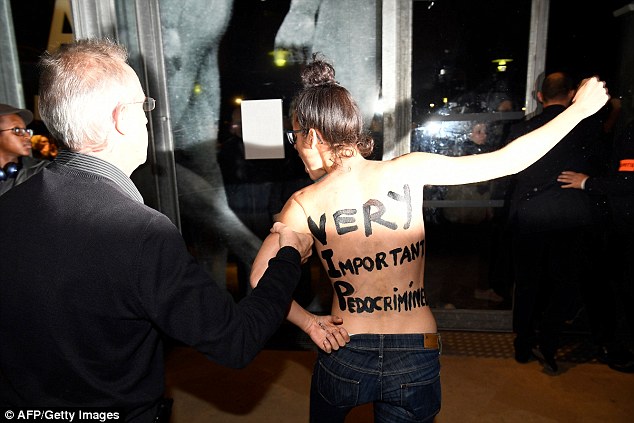 The group was behind a petition signed by more than 26,000 people to demand the cancellation of the month-long event.

The Cinematheque, which is partly state-funded, has ruled out pulling the event, with its president, Greek-French director Costa-Gavras, saying last week it does not intend to ‘take the place of the justice system’.

Culture Minister Francoise Nyssen argued that the retrospective was planned long before the debate unleashed by the Weinstein scandal.

The Franco-Polish director, who is accused of a string of sexual assaults, is due to appear at the prestigious Cinematheque Francaise film archive (pictured) tonight 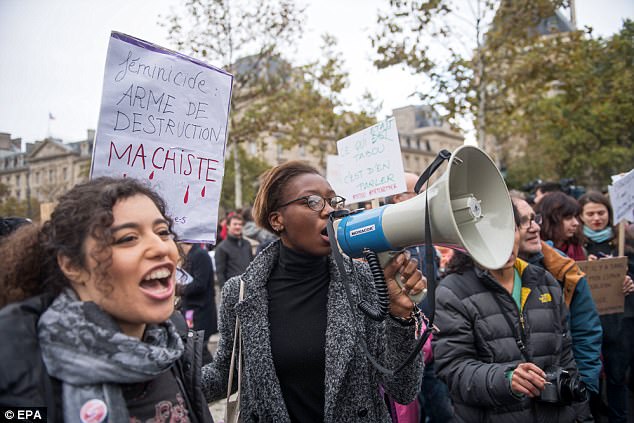 Demonstration: The protest comes a day after women held rally in Paris against sexual violence

In 1978, convinced a judge was going to scrap his plea deal and send him to prison for decades, Polanski fled for France and has been a fugitive from the US justice system ever since, despite repeated attempts to have him extradited.

Earlier this month Swiss prosecutors confirmed they were investigating new rape allegations against Polanski made by a woman who said he assaulted her in a resort in the Swiss Alps in 1972.

The new claims, which Polanski has denied through his lawyer, bring to at least four the number of women who have publicly accused him of sexual assault.

In February, Polanski was to host the Cesar awards – France’s answer to the Oscars – but pulled out under pressure from feminists.