United rallied after that early setback and unsettled Ernesto Valverde’s side on numerous occasions, giving Lukaku and his team-mates confidence of a memorable turnaround in Spain next Tuesday.

‘We have to believe and have the desire and more quality than today,’ the Belgium striker said. ‘Be better on the ball and then you never know what can happen in football.

‘I don’t think we played with the same arrogance and confidence on the ball (early on). Second half we tried and the first 20 minutes of the second half we were there.

‘It’s something we have to do for the whole 90 minutes over there and not concede a goal and score early.’ 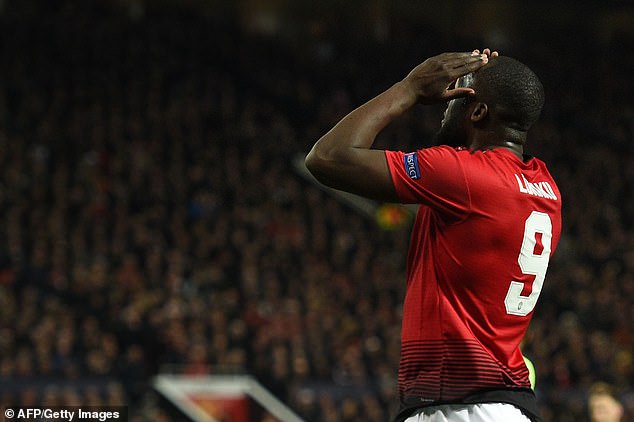 That approach worked well at Paris St Germain last month as United made Champions League history by becoming the first side to progress having lost the first leg at home by two or more goals.

The Parc des Princes triumph was the highlight of a topsy-turvy campaign for the Old Trafford giants, but even during the difficult Jose Mourinho era they managed to seal a last-gasp 2-1 comeback win at Juventus.

Asked if those two matches will play on Barcelona’s mind, Lukaku said: ‘Yeah, but I don’t think they will look at us, we have to look at ourselves, get a result and give our all, run as much as we can.’

Wednesday saw United fail to muster a shot on target for the first time in a Champions League match since 2005, but there was some promising build-up play.

‘Definitely (they are beatable),’ Lukaku added. ‘On the day you can score from one chance and that’s what they did today. 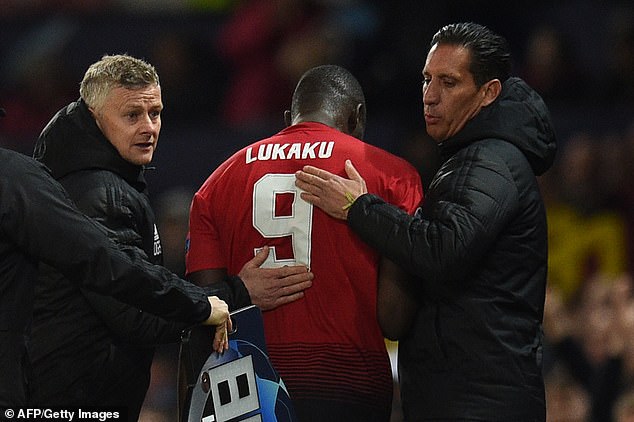 ‘There was a lack of concentration and they scored a goal and from that moment on we tried to control, but I think over there we have to do a better job and stay focused a bit more, we know they have players who make late runs.

‘For us we have to go with the desire, be focused and when the chance comes, we have to score.’

‘They have very good players and right now I am just angry we didn’t get a better result. That is football.

‘It is different (to PSG). It will be a different game. We have belief in our team that we can do great things and we have shown that before, so we just have to improve a little bit, go down to Barcelona and do our best.’