Rome’s a family classic! Pick your sights with care and the Italian capital will enthral all ages

The email landed a few days before our flight.

‘Dear Mum and Dad. Here are 32 places I want to go in Rome.’ There followed an exhaustive list compiled by our 13-year-old son Fred.

We had only three days and the weather forecast was challenging. Still, it felt churlish to rain on a teenage boy’s classical parade. So off we went, opting to stay at the central Villa Spalletti Trivelli. So unassuming was the hotel’s exterior that we initially walked past, but inside we soon were marvelling at its grandiloquent style.

If the art on display was diverting enough, even better for tired travellers was the selection of aperitifs in the honesty bar. Sadly, our tight schedule meant we didn’t have time to linger – and so we headed out on our mission.

Thankfully, a substantial chunk of the checklist was within 15 minutes’ walk and the weather at this point was balmy.

So, within a couple of hours several sights had been bagged. The Forum of Augustus was first, helpfully bang next door to the Forum of Caesar. And just a few yards away was Trajan’s Market – built into the Quirinal Hill. 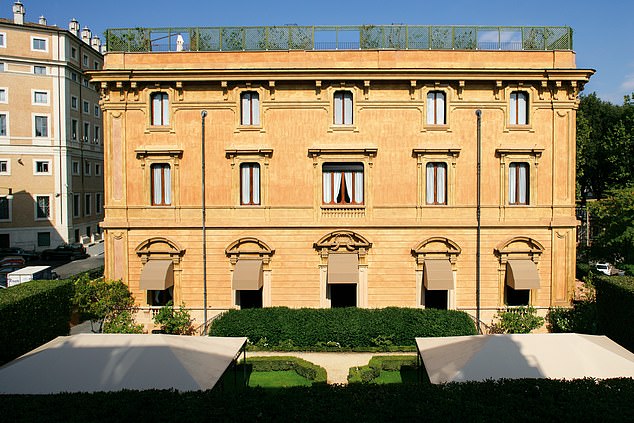 This was easy, I thought to myself as we ate in a trattoria near the Trevi Fountain (another tick).

What I had not bargained for was a deluge the next day, but, thank goodness, we’d had the foresight to book a Colosseum tour via the official website for around £9 each, avoiding ticket touts and chaotic queues.

Our charming guide talked to us via radio headsets and was a walking Wikipedia. She knew her stuff and, as the downpour wore on, advised us on where to stand to avoid a soaking. I didn’t want to leave the Colosseum. 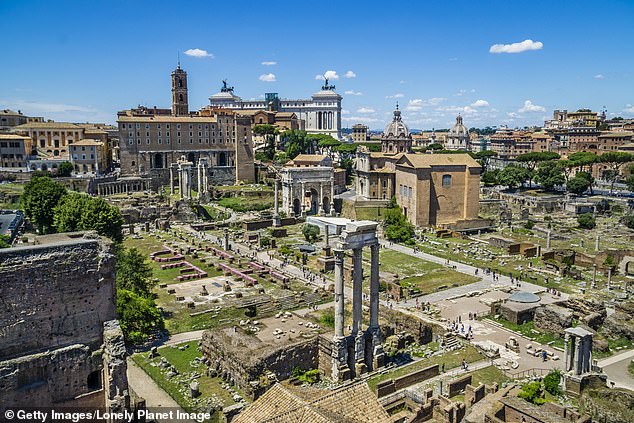 The Roman Forum, as seen from Palatine Hill, is a vast classical ruin

However, the Forum, less than 400 yards away, awaited, and this was where Fred really came to life. Despite the by now biblical downpours, he ploughed through as many sights as possible, his bedraggled parents often trailing in his wake.

Favourites included the Curia meeting house, dating back to 44BC, and for me the simply breath-taking Temple of Saturn. The Forum is no swift stop-off. It leads on to Palatine Hill which requires substantial exploration.

By now we were both soaked and exhausted.

Thankfully, the rain paused and we drew breath, only to realise that the Circus Maximus was within ten minutes.

And on we went to the erstwhile home of the chariot races which today requires a large dollop of imagination but was full of French schoolchildren re-enacting scenes from Ben-Hur.

By this time, Fred had a mini-parental revolt on his hands and we headed back for the sanctuary of the hotel and raided that honesty bar. 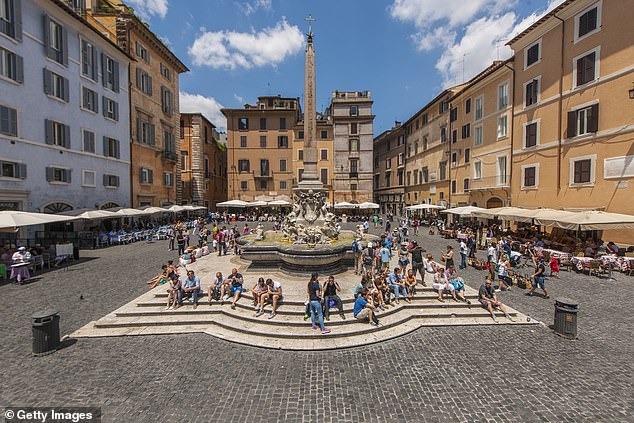 The Piazza della Rotonda, or Pantheon square, with its famous fountain and obelisk

I checked his (sodden) list: a day and a half gone and just half the sights done. It gave us plenty to ponder over another pasta dinner as we refuelled on the delights of cacio e pepe – the Roman speciality adorned with black pepper and Pecorino cheese.

We soft-pedalled the next day, lingering in the hotel for a late breakfast before concentrating on the Pantheon area of the city, which delights with its narrow streets, exquisite piazzas and classic gelaterias.

By the final day most of Fred’s wishes had been met. So much so that we allowed ourselves a final peek at the Colosseum and a meal at a delightful trattoria in the classy Monti district before heading for home.

As we piled onto the airport train, Fred pronounced himself satisfied, well almost. We hadn’t seen the Vatican but we’d covered 29 of the 32.