Everton are searching for a new manager after sacking Ronald Koeman — and the bookmakers are already following club chiefs in drawing up a shortlist of potential new bosses.

The club’s Under 23s manager David Unsworth is set to take temporary charge of the Toffees and the early odds show the former defender as the 3/1 favourite to take the job on full-time.

David Moyes, Sean Dyche and Sam Allardyce are all also highly rated in the running to be Koeman’s successor at Goodison Park.

But after a summer of misguided spending where £140million was splashed in a bid to take Everton to the next level, ambitious names such as those of Carlo Ancelotti and Thomas Tuchel also feature on the lips of some punters.

Here are the potential candidates to take charge of a club who had ambitions of a top-six finish this season, but now find themselves mired at 18th in the Premier League table.

He did not see out a season in an ill-fated spell at Old Trafford and his career has not recovered since, having a disappointing stint at Real Sociedad before being relegated with Sunderland last term.

The 54-year-old is still highly regarded by the Everton board but bringing him back may not go down too well with supporters.

The timing may be perfect for Wales boss Coleman.

After nearly six years in charge of his national team, during which time he took them to the Euro 2016 semi-finals, Coleman is currently mulling over whether to pen a new contract with Wales having missed out on qualification for next summer’s World Cup.

Coleman’s stock remains high from what he achieved with the Welsh in France two summers ago and he may feel now is the chance to have another crack at the Premier League.

It does seem unlikely that the vastly successful Italian, who has managed some of the game’s biggest clubs in Juventus, AC Milan, Chelsea, Paris St Germain, Real Madrid and Bayern Munich, would be interested in the Toffees.

But he is suddenly available after being released by the German giants and perhaps Everton could underline their ambition by putting together a tempting offer.

The highly-rated Bournemouth coach has long been tipped for a bigger stage and the time could be right for him to consider moving on after a difficult start to the season.

Howe cut short a previous spell at Burnley when he wanted to move back south for personal reasons, but time may have moved on and the opportunity to manage Everton would be different.

Despite being a southerner, he was also a childhood Everton fan and there could be an emotional pull.

Another of England’s bright young coaches who has long been considered a contender for bigger clubs.

Dyche has twice led Burnley to promotion to the Premier League and last season kept them there in impressive fashion.

Burnley have started the new season well and he will doubtless feel he still has plenty to achieve at Turf Moor – but Everton could prove too tempting. 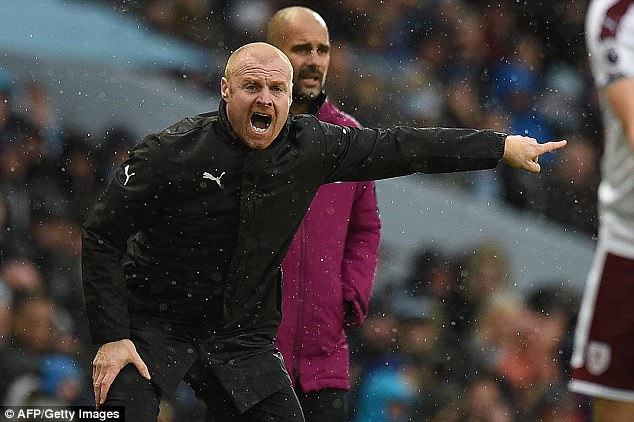