Barcelona manager Ronald Koeman has taken a swipe at 18-year-old midfielder Ilaix Moriba amid a contract stand-off and said ‘money cannot be the most important thing for an 18-year-old’.

Moriba has a year remaining on his current contract and it has been widely reported that he has rejected the offer of a new one due to the eye-watering £343million release clause that Barcelona wanted to insert into the contract.

Koeman has however hit back at the teenager, claiming that money should not be the most important factor for him. 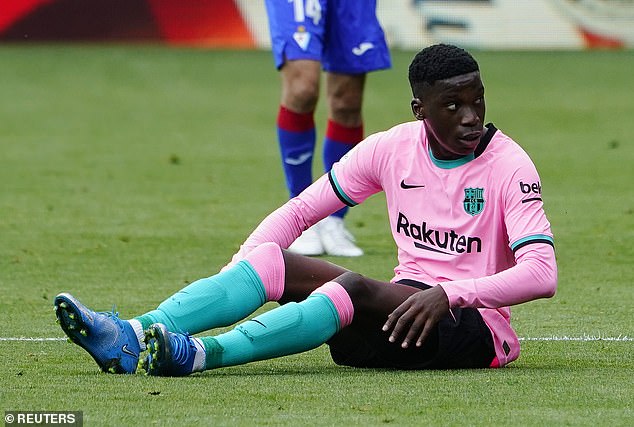 Speaking ahead of their match against Athletic Bilbao on Saturday, Koeman said: ‘My advice is that money cannot be the most important thing for an 18-year-old.

‘It’s about playing games. But the player and his camp think differently. I am disappointed.’

In what was perceived as a power play by the club, Moriba was left out of the squad for Barcelona’s friendly against UE Olot earlier this month.

President Joan Laporta revealed that Moriba would not be extending but claimed the club has other plans in place. 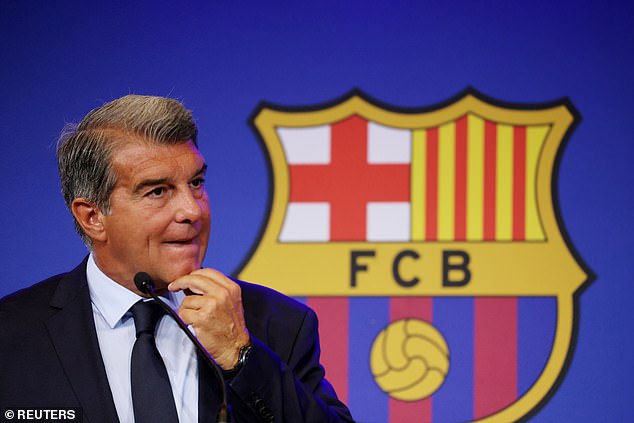 Speaking earlier this month, he said: ‘We hope that we don’t get a repeat of the Ilaix case, he is a player with one year left on his contract and he doesn’t want to renew.

‘It’s a situation that we won’t accept and we have to act and send out a message.

‘He is a great player but if he doesn’t want to renew there are other solutions.’

The youngster came through the famous La Masia academy and impressed Koeman with his ability.

He made 14 La Liga appearances last season and scored his first league goal in a 2-0 win against Osasuna in March.

The Catalonian club opened their season with a 4-2 win over Real Sociedad at the Nou Camp last week.