Former Barcelona superstar Ronaldinho has been released from a Paraguayan prison after just 32 days over forged documentation.

The 40-year-old is set to be put on house arrest at a hotel in the country’s capital of Asuncion after reportedly paying a £1.3million bond.

Both he and his brother Roberto were charged with attempting to enter the country with fake passports last month, and had been faced with six months jail time. 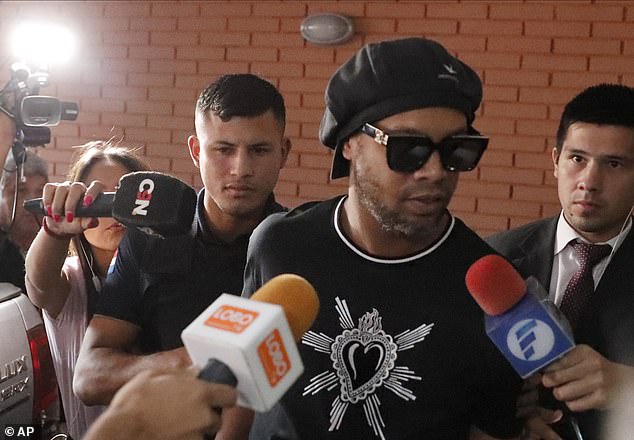 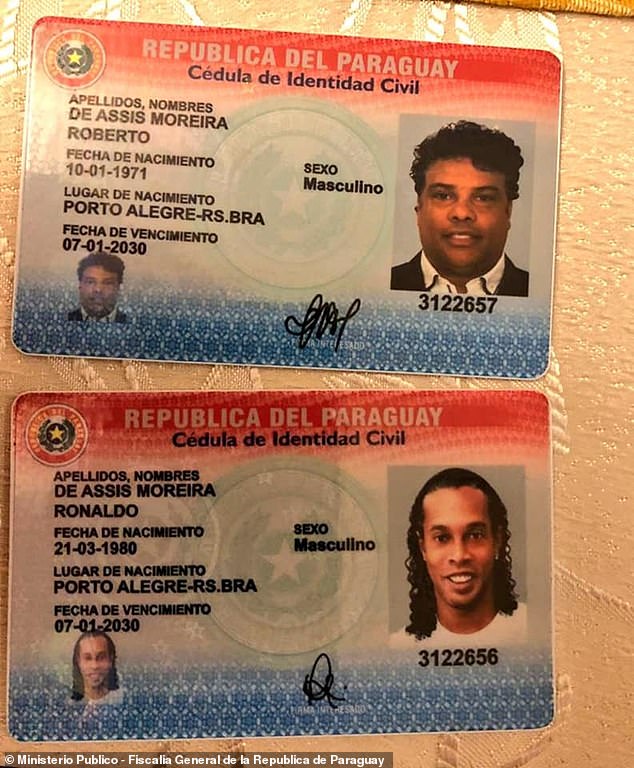 But judge Gustavo Amarilla has permitted them both to stay at a hotel for the mean time, with the case still being decided and the player’s lawyers attempting to appeal the decision to jail him.

It had been argued that he should be spared from facing prison due to his high-profile status as a former footballer, with his legal team saying his detention was ‘arbitrary, abusive and illegal’.

Ronaldinho, who last played for Brazilian outfit Fluminense in 2015, was arrested along with Roberto on March 6, but denied using a forged passport, with the former World Cup winner insisting he didn’t know he had committed an offence. 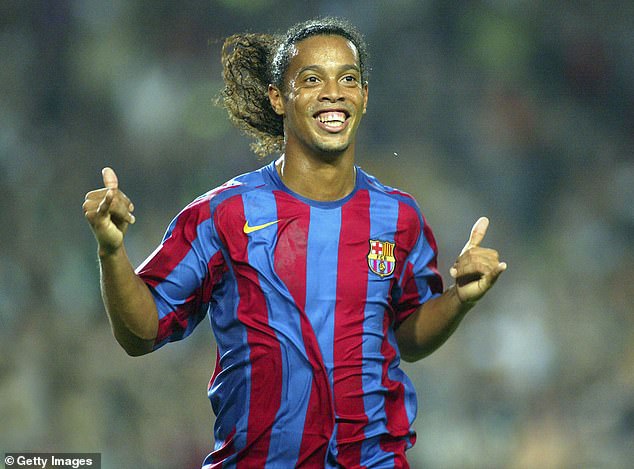 At the height of his career, Ronaldinho was one of the most gifted players in world football

His own lawyer Adolfo Marin said the former player had been ‘stupid’ and criticised the courts for not taking into account his mistake.

‘The courts have not taken into account the fact that Ronaldinho didn’t know he was committing a crime, because he didn’t understand he had been given false documents. He is stupid.’

Despite his fall from grace, Ronaldinho has been making the most of his time behind bars and was seen taking part in a game of foot volleyball with his fellow inmates on the prison grounds. 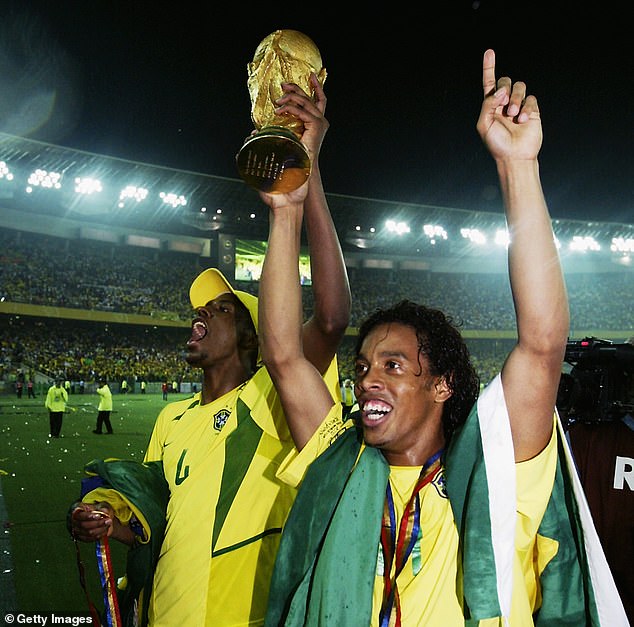 His jailing was a huge fall from grace for the Brazil legend, who won the World Cup in 2002

He also utilised his skills on the pitch by taking part in a football competition and helped his side win. He recently turned 40 and had to spend his birthday in prison, but the prisoners ensured he still had a smile on his face as they baked him a cake and prepared him a barbecue.

Ronaldinho, who also played for Paris Saint Germain and AC Milan, is often seen in good spirits and he posted a video for his family to update them on his life in prison as he recorded a clip with an inmate he had befriended.

He has struggled to stay away from the limelight as his career began to wind down – and mostly for the wrong reasons. 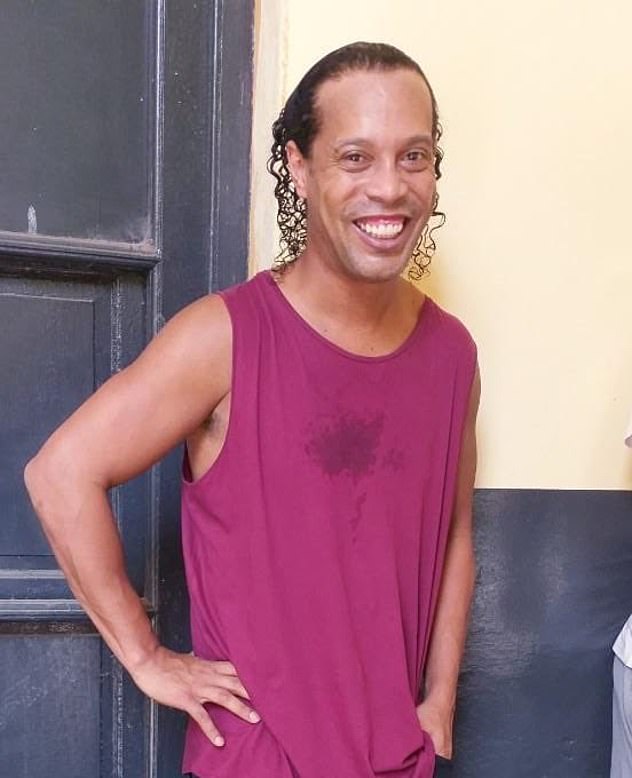 In 2015, the year he retired from football, he and his brother were convicted of illegally building a fishing trap at Lake Guaiba without proper licensing in a permanent preservation area.

The pair were handed a £6.9m fine in 2018 which so far remains unpaid, leading Brazil’s Superior Court of Justice to seize Ronaldinho’s passport. And financial worries came to light after he was stopped from selling 57 of his properties due to the outstanding debts.

And in 2018 he was dubbed sexist by some after he reportedly married two wives, with one of them leaving the former star, citing aggression and opened a legal case to take one third of his earnings from 2012 to 2018 after the pair failed to reach a separation agreement in private.

At the height of his football career he won one Ballon D’or and two FIFA World Player of the Year awards, clinching two LaLiga titles and a Champions League crown with Barcelona, and also lifted the World Cup with Brazil in 2002.