Ronaldo claims decision on Madrid future ‘not about money or glory’

‘Money is not the problem… Life is not just about glory’: Cristiano Ronaldo adds fuel to fire over Real Madrid exit rumours after Champions League win

On the back of Real Madrid’s third successive Champions League title, Cristiano Ronaldo has created a storm around his future with claims he could leave the Bernabeu.

Following the 3-1 win against Liverpool in Kiev, Ronaldo hinted that he was thinking about a future away from Madrid despite having just claimed his fifth Champions League, and fourth with Los Blancos.

Given the opportunity to put those rumours to bed, Ronaldo only added fuel to the fire as he claimed it was not about money or glory.

When asked what the issue was, Ronaldo told Marca: ‘[It] comes from afar. Money is not the problem.’

‘I have won five Champions League’s and five Ballon d’Ors. I had already made history, but now even more.

‘I’m not upset because I know what I give to the club. I don’t want to erase this unique moment, with my colleagues who are champions.

‘I cannot guarantee anything. I’m not going to hide, in the next few days I’ll talk… Life is not just about glory.’

The 33-year-old was forced into talking further about his future, having initially admitted to the media his future was uncertain.

Speaking at the end of the game he said: ‘In the coming days there will be answer about my future. It has been very nice playing for Real Madrid.’

Ronaldo, who finished the competition as top scorer for the seventh time, accepted that the timing of his announcement could have been better.

But he also insisted that he had no regrets about speaking the truth and his latest comments will have only served to add fuel to the fire with the summer transfer window upon us.

‘It was not the right time, but I’ve been honest,’ he admitted.

‘Of course I have something to say, but it wasn’t the right time, although I don’t regret it, because it was honest.’ 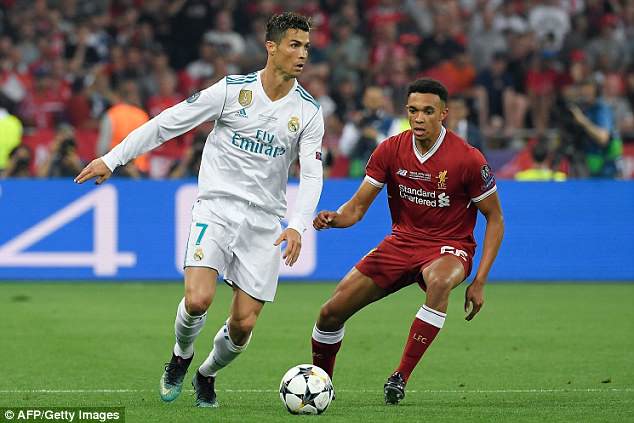