An insider told the New York Post that ‘a number of women with new claims’ spoke with Farrow about Lauer, who was fired by NBC in November 2017 amid allegations he sexually harassed an intern at the Sochi Winter Olympics in 2014.

‘These survivors have bravely made the decision on their own terms to come forward in the context of this book’s reporting,’ the source said.

Lauer has hired a team of lawyers ahead of the October 15 release of ‘Catch and Kill’, the Post reported, citing an informant who said the disgraced anchor and his team were given the opportunity to fact-check and comment on the book. 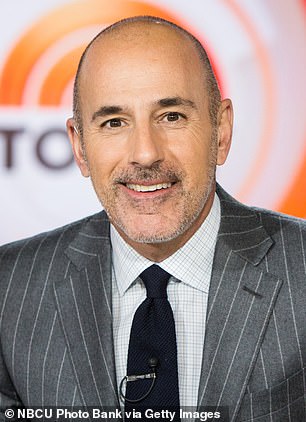 Publishers at Little, Brown and Company declined to comment but said they are ‘extremely proud of the important reporting in “Catch and Kill”, which has been meticulously fact-checked and vetted’.

Farrow won a Pulitzer Prize for his reporting on the extensive cover-up of Harvey Weinstein’s sexual misconduct on the leading edge of the #MeToo movement two years ago.

The upcoming book is marketed as ‘the story of the women who risked everything to expose the truth’, detailing ‘surveillance and intimidation deployed by wealthy and connected men to threaten journalists, evade accountability and silence victims of abuse,’ according to Little, Brown and Company. 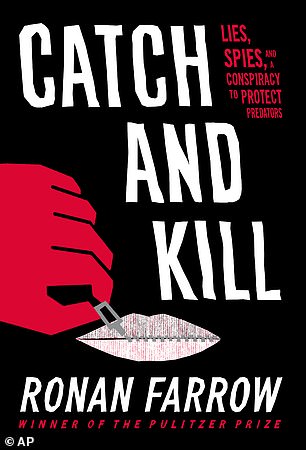 Farrow’s book ‘Catch and Kill: Lies, Spies, and a Conspiracy to protect Predators’ is scheduled for release on October 15

In addition to the new accusers, Farrow also reportedly spoke with the woman whose allegations against Lauer sparked his 2017 dismissal.

The original accuser, who had worked as Meredith Vieira’s assistant prior to moving up the ranks at Today and becoming a producer, claimed that she had a months-long affair with Lauer that began at the 2014 Olympics.

Lauer was fired from his $25million-per-year post on Today hours after the woman informed NBC executives of the affair. Her lawyer claimed that there was an ‘absence of consent’ in the relationship.

The woman no longer works at NBC and earlier this year reports emerged that she was shopping a tell-all memoir about the ordeal.

At least four other women came forward in the wake of Lauer’s firing with their own allegations of sexual harassment.

One woman told the Washington Post that the anchor exposed himself in his office and asked her to touch him.

A second said she had sex with Lauer in his office in the middle of the work day and a third claimed that he gave her a sex toy.

Former Today production assistant Addie Zinone alleged that she had a troubled, but consensual, relationship with Lauer in 2000. She was the only accuser who identified herself publicly.

Lauer refused to comment on any allegations of misconduct, claiming in April 2018 that he wanted to ‘protect’ his family from ’embarrassment’.

He and his wife Annette Roque separated in the wake of the allegations and finalized their divorce earlier this month. 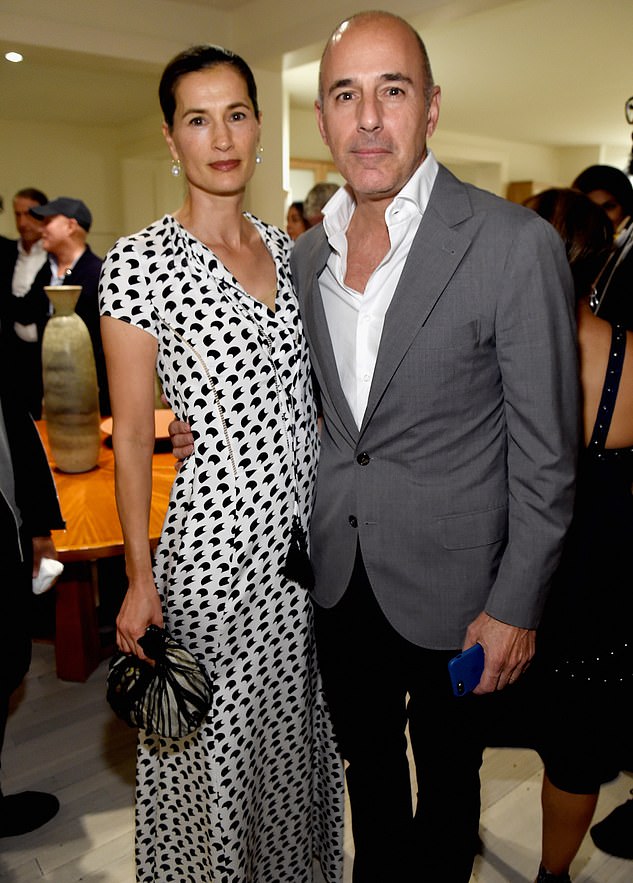 Lauer and his wife Annette Roque (above in 2013) finalized their divorce earlier this month, two years after they split amid the sexual misconduct allegations against him