Rookie LA cop, 21, fired over ‘completely fabricated’ story about being shot by a sniper

A rookie Los Angeles cop has been fired after he ‘completely fabricated’ a story about being shot by a sniper.

Angel Reinosa, 21, has been ‘relieved of his duties’ after it was discovered he lied about the incident in Lancaster, California, at around 2.45pm on Wednesday.

He claimed to have been struck by a bullet while walking to his car in the police parking lot, and said a sniper in a four-story apartment complex nearby had shot him.

This led to a SWAT team searching every room in the building and the surrounding area, which concluded at around 5.30am Thursday.

At a press conference on Saturday, Homicide Bureau Captain Kent Wegener said the deputy had cut holes in his T-shirt with a knife to make it look like a wound. 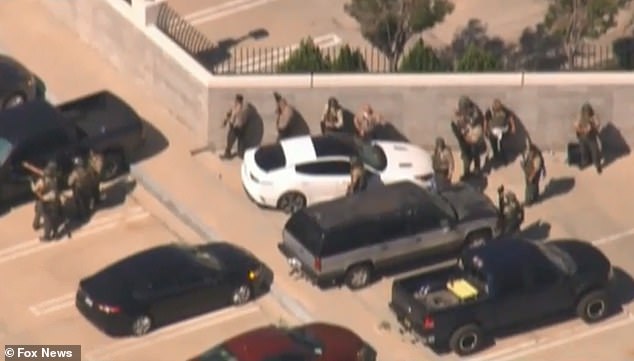 After Reinosa claimed to have been shot by a sniper while in the police parking lot, SWAT (above) teams descended from helicopters and from armored vehicles to search the area 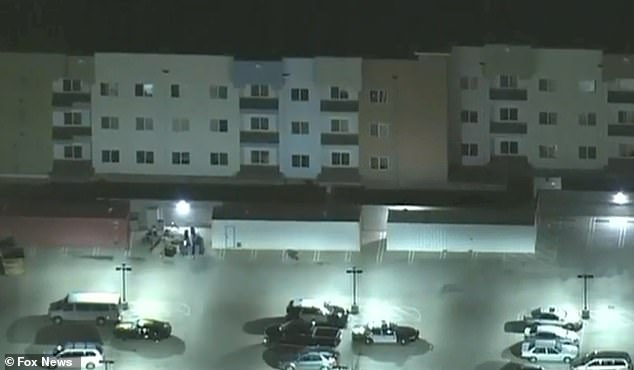 The extensive searches continued until around 5.30am in morning, as teams went into every room in the apartment complex as well as surveying the area

At the time, Reinosa told investigators that his bulletproof vest had deflected the shot into his shoulder, which had left a bruise.

Wegner said: ‘Things didn’t add up. There was no sniper, no shots fired and no gunshot injuries sustained to his shoulder. Completely fabricated.’

No ballistic evidence was found at the scene and no nearby witnesses heard any gunshots either, he added.

Reinosa, who was a rookie with the department for a year, has not revealed why he made-up the incident and has since been fired.

An investigation has been launched into Reinosa’s report and he will face criminal charges, KTLA report.

The nearby apartment complex where the deputy claimed the shots were fired from overlooked the police parking lot.

In a 911 recording Reinosa told law enforcement: ‘Have taken shots from the north of Lancaster helipad.

‘Heard two shots go off. I’m hit in the right shoulder. It might have gone through.’ 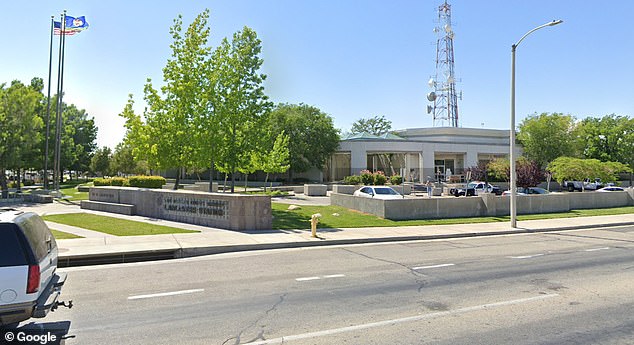 Reinosa claimed to have been struck by a bullet while walking to his car in the police parking lot (above). He claimed it came from an apartment complex nearby that overlooked the area

S.W.A.T teams arrived in helicopters and armored vehicles to search the apartment block over numerous hours.

Before the recent revelations, Lancaster Mayor Rex Parris said: ‘Think about what happened today, a sniper took out one of our deputies.

‘The only reason that deputy is alive is because he had his vest on.’

Parris added that it was ‘insanity’ for the apartment block of ‘that population in that location.’

‘Thank God we don’t have a funeral,’ he added. 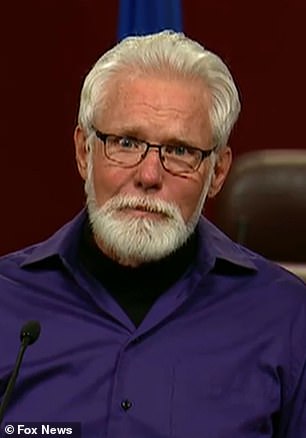 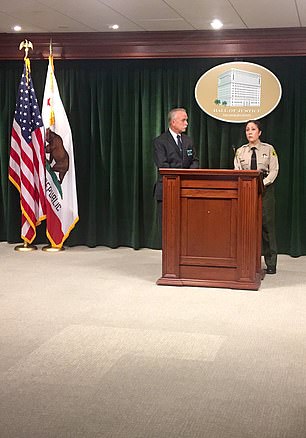 Assistant Sheriff Robin Limon confirmed Reinosa had been fired and said the department was ‘incredibly disappointed’ by the incident.

Activist Najee Ali, an outspoken critic of law enforcement, called for the officer to be immediately arrested, according to the Daily News.

Ali said: ‘There were several people who were detained by the deputies while they were investigating a fabricated shooting.

‘He endangered the lives of everyone in that building. The waste of taxpayers dollars and manpower hours are inexcusable.’