Roo’s chilling in our pool? Family is shocked to find a 70kg kangaroo beating the heat with a swim in their backyard

A family was surprised to come home from Christmas shopping to find a large kangaroo relaxing in their swimming pool.

Jen Harlow from Wonga Park, about 28km north-east of Melbourne, returned home at about 11am to find the marsupial taking a dip in her pool.

For the last month the family noticed the kangaroo appearing near their fenced off pool area before the animal became bold enough to jump in, according to 9 News.

The ‘roo was tall enough to stand in the shallow end of the pool – even posing for a photo while munching some grass Ms Harlow had collected.

After trying to help the animal out with a leaf scoop, she contacted wildlife professional who thought a ladder might do the trick.

Eventually, the 70kg kangaroo was sedated and loaded into a car with the help of four people. 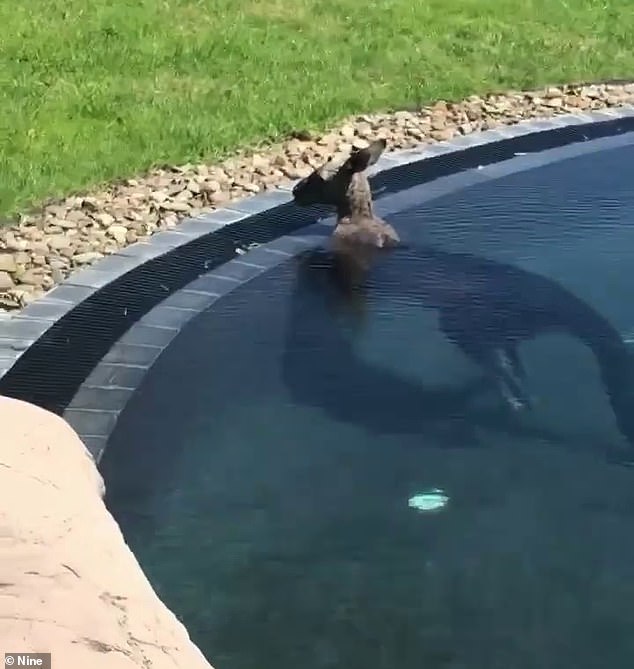