Rory McIlroy has taken the lead on the first day of the US Open after finishing three under par with an opening 67 in the first round.

It was a great start for McIlroy, who was disappointed after dropping a shot on his final hole, which left him in a three-way tie for the lead with Callum Tarren and David Lingmerth.

McIlroy started out on the tenth hole and covered his first 13 holes in two under par to lie a shot off the lead. 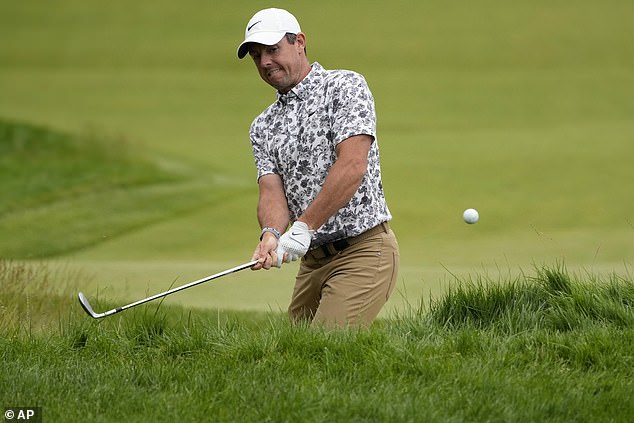 However, he showed frustration after some bad luck on the fifth – a short uphill par four.

His tee shot finished on the edge of a bunker and left him struggling to take a stance in the sand with the ball above his feet.

He then hacked his second shot into another bunker just yards in front of him – leading to him lashing out on his club smashing it into the sand twice.

McIlroy regained his composure and hit a good bunker shot which ran 10 feet past the flag before holing the putt to save par. 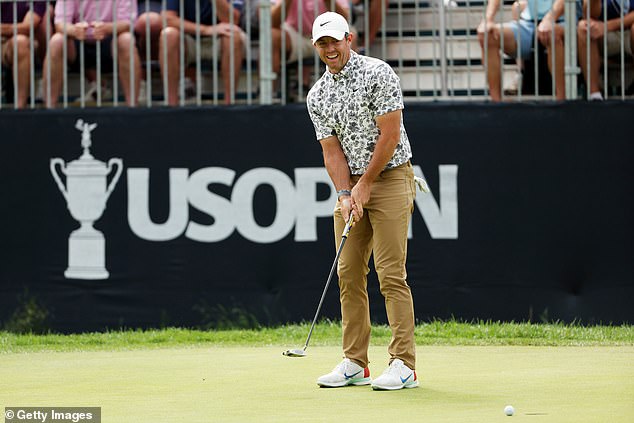 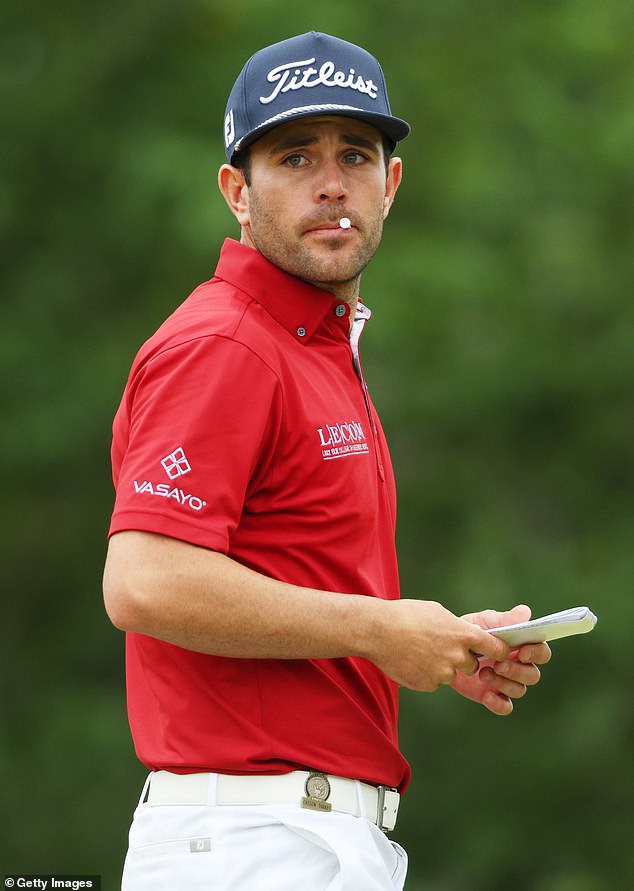 He then holed from 25 feet for birdie on the seventh and 10 feet on the par-five eighth to move into the outright lead on four under par.

England’s Tarren had set the early clubhouse target on three under, the world number 445 from Darlington carding an eagle, three birdies and two bogeys in his 67.

‘I’m kind of pinching myself because I didn’t realise I was on the top of the leaderboard until I holed that final putt on the ninth,’ Tarren said. ‘Just excited with my start and let’s see what the next few days hold.’

A birdie on the 18th gave defending champion Jon Rahm an opening one-under-par 69.