By Derek Lawrenson for MailOnline

Rory McIlroy seized the halfway lead in spectacular style when the second round of the Omega Dubai Desert Classic resumed on Saturday morning.

The Northern Irishman had been held up by fog on Friday and was only able to complete 11 holes. When he returned to the course at first light on Saturday, however, he had ideal conditions to finish his round and took full advantage.

The ex-pats and tourists who got up early were rewarded with a Rory bonanza, as he picked up shots at the 12th and 13th holes before finishing off with three more birdies to go from three behind overnight leader Jamie Donaldson to two strokes in front. 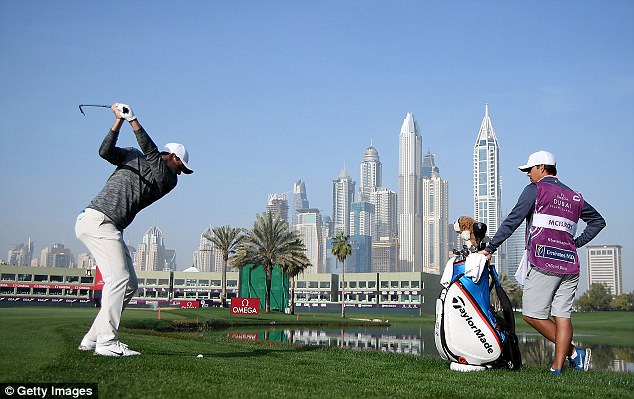 ‘That was pretty nice,’ said McIlroy. ‘I knew the conditions would be great and there were a couple of par fives to play but I took care of some other holes as well, so I’m really pleased. Now the task is to rest up and get ready for the third round this afternoon.’

McIlroy’s birdie blitz meant he broke the magical 130 mark for two rounds as he followed up his opening 65 with a 64.

From the moment he warned on the eve of the tournament that the spring was now back in his step he appeared the man to beat, and that view has only been reinforced by these two impressive rounds. 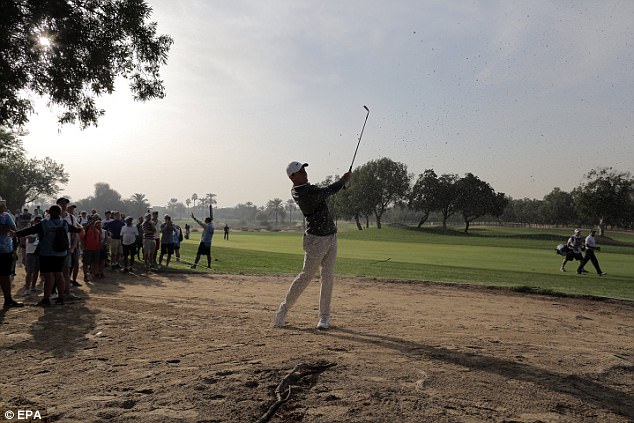 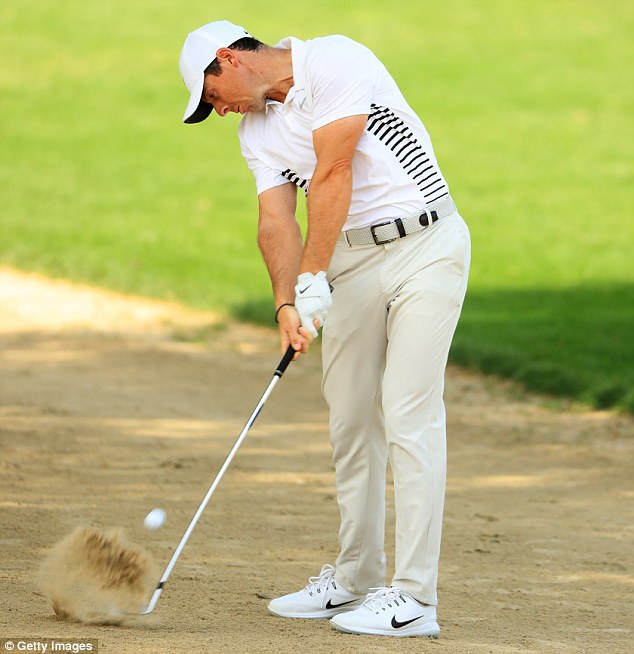 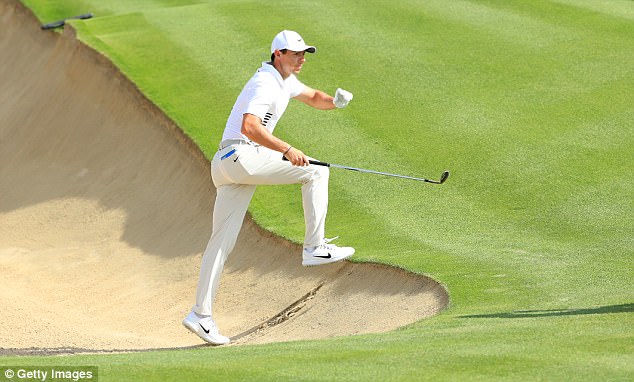 In the 108 holes McIlroy has now played since his return to the game following a four month sabbatical, he is a phenomenal 33 under par, having had just four bogeys. Last week he shot 18 under par for four rounds and finished tied third in Abu Dhabi.

Playing partners Henrik Stenson and defending champion Sergio Garcia will start five and seven shots behind after scores of 64 and 69 respectively while last week’s winner Tommy Fleetwood had to settle for a second successive 69 to be nine adrift. 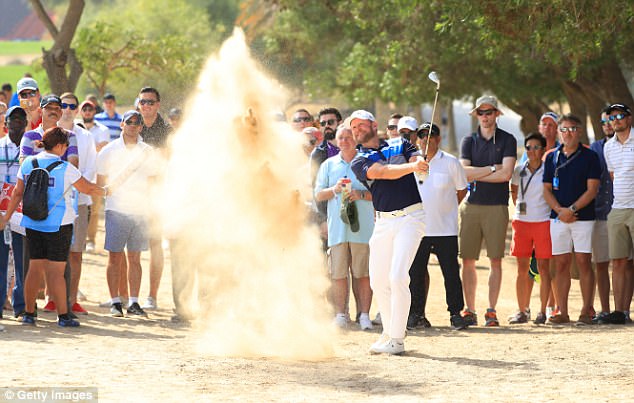