When she’s not on set she’s a busy mom of two.

And Rose Byrne certainly had her hands full on Monday as she stepped out with sons Rocco, two, and Rafa, 10 months in New York.

The 39-year-old Aussie actress, whose partner is actor Bobby Cannavale, headed to breakfast with Rafa sitting in a carrier on her front and Rocco in a stroller.

Mom on the go: Rose Byrne is pictured out in New York with her two sons Rocco, two and Rafa, 10 months

Rose wore a grey sweater with jeans and sandals and wore her brunette locks up in a messy bun.

The Neighbors actress appeared to be sporting very little makeup as she crossed a Manhattan street with her tots.

Missing from her left hand was the large diamond ring she was seen sporting earlier this month at New York Fashion Week, sparking rumors she is engaged to Bobby.

Earlier this month Rose opened up about her pal Heath Ledger who died in 2008 aged 28. 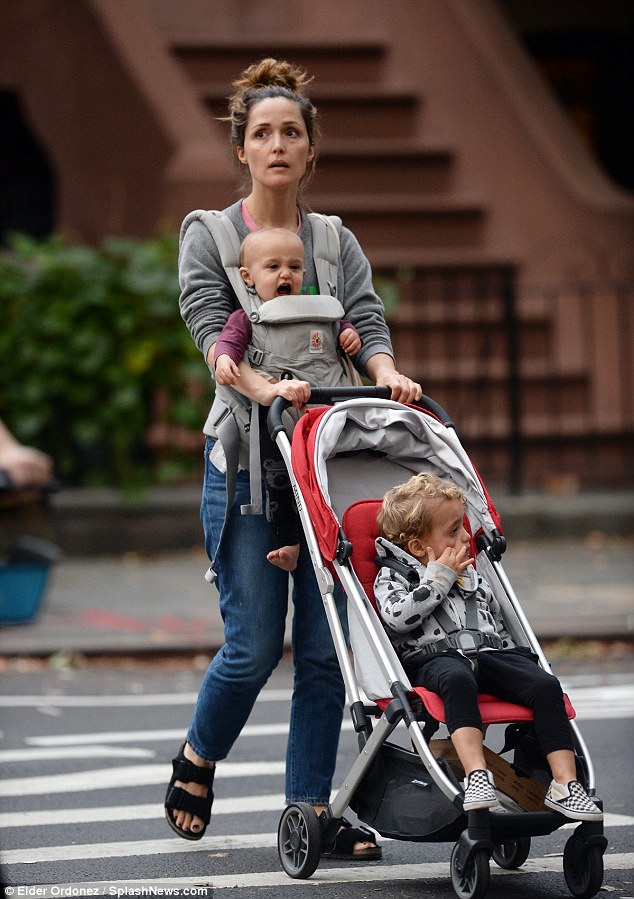 Going solo: Rose, who is married to Bobby Cannavale, took their boys out to breakfast 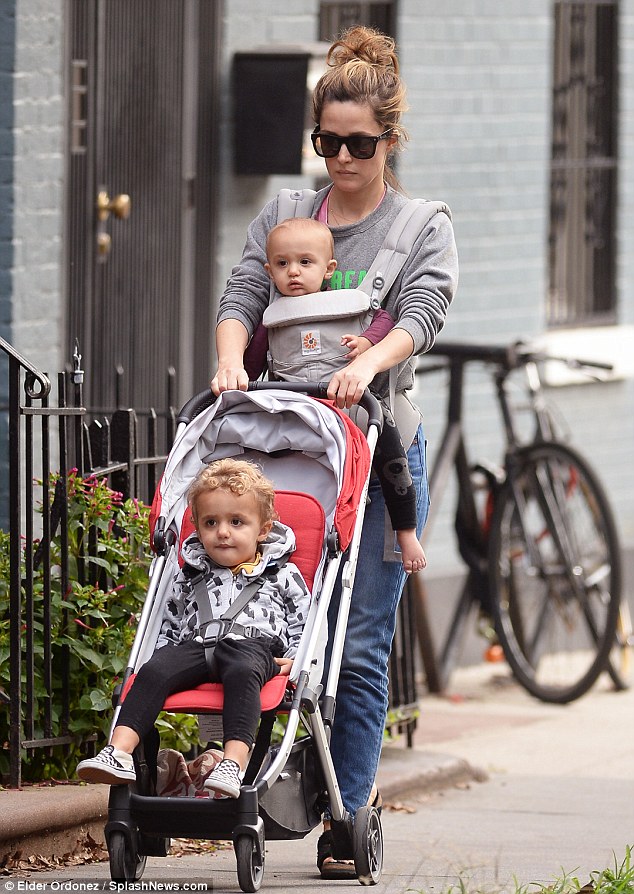 The actress, who like Heath grew up in Australia, recalled how the actor helped kick-start her career in the US.

‘Heath was so generous when any young Aussies would come to LA’ Rose told Daily Telegraph.

‘You always had a place to stay, and he got me auditions on the projects which he was working on.’

‘He forged an amazing reputation in Hollywood. He paved the way for so many Aussies who have come after him.’

Rose and Heath starred in drama Two Hands together back in 1991.

He died of a cardiac arrest in his apartment in New York after taking a mix of prescription drugs. 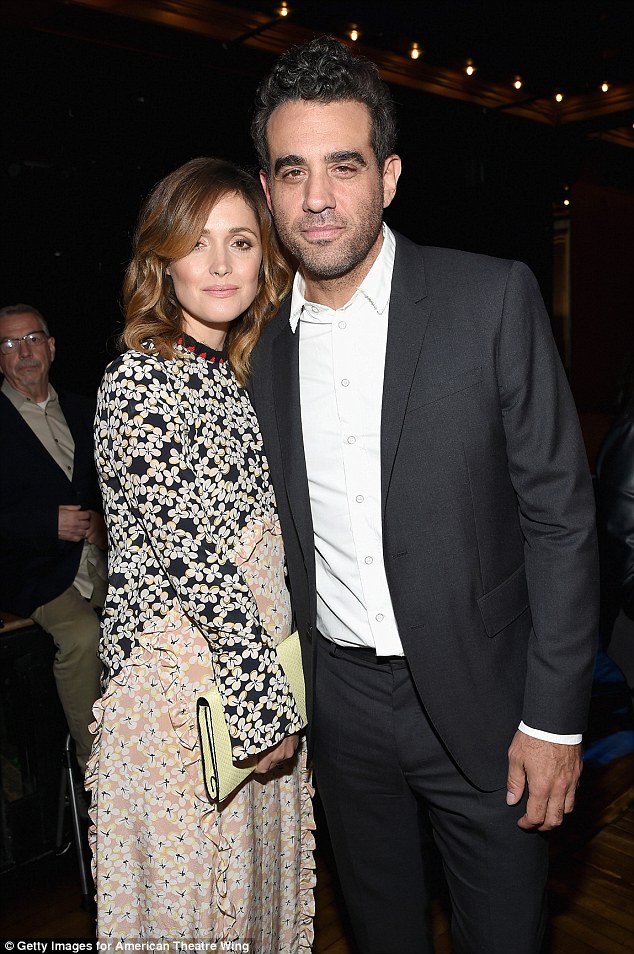 Longtime loves: Rose and I, Tonya star Bobby, 48, have been together since 2012