Rose McGowan has admitted that she never thought she would see Harvey Weinstein in handcuffs after the disgraced film producer was arrested on rape charges.

The 44-year-old actress, who was one of the first Weinstein accusers to speak out and is a leader of the #MeToo movement, said she was still in shock after he handed himself in to authorities in New York on Friday.

‘I have to admit I didn’t think I would see the day that he would have handcuffs on him,’ McGowan told Good Morning America.

‘I have a visceral need for him to have handcuffs on.’

McGowan said Weintein’s face had ‘terrorized’ her for so long and that she would stand beside other alleged victims in court.

Weinstein was arrested for rape and sex crimes on two women on Friday, nearly eight months after his career imploded in a blaze of assault accusations that triggered the global #MeToo movement.

The former mogul – once the toast of Hollywood and whose films won scores of Oscars – was escorted out of a Manhattan police station in handcuffs and was expected to appear in court later Friday.

‘Maybe it’ll be him that’s nauseous and not me for once,’ McGowan said. ‘I will be ready for it. And I will sit in that courtroom. And I will support the other survivors all over the world. That’s what I do.

‘People are so sad. And they’re so sick of it… But imagine how tired we are.’ 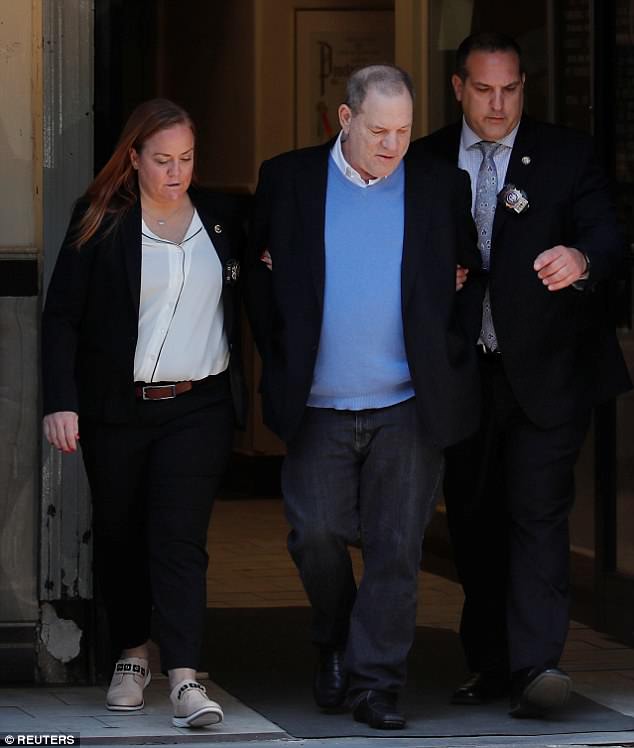 McGowan said she had a ‘visceral need’ for Harvey Weinstein to have handcuffs on but admitted she never thought she would see the day. He is pictured above leaving a Manhattan police station in handcuffs on Friday 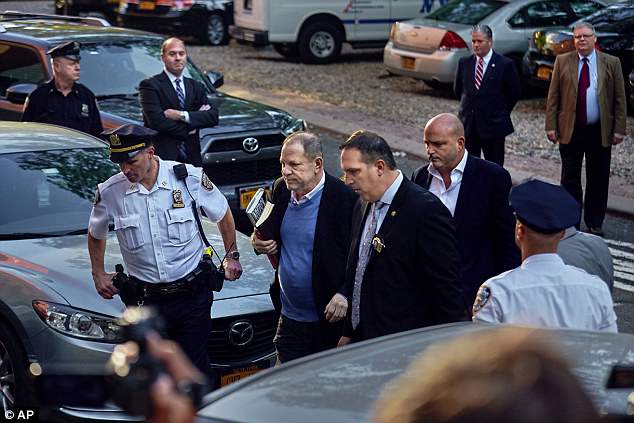 Weinstein was arrested for rape and sex crimes on two women on Friday (pictured above), nearly eight months after his career imploded in a blaze of assault accusations

His arrest marks the first criminal case against Weinstein since the revelations about him erupted last October and sparked the cultural ‘reckoning’ that became the #MeToo movement.

McGowan is one of several actresses who accused Weinstein of raping her 20 years ago. While the statue of limitations has passed for her allegations, McGown said she would continue to support other women.

She tweeted soon after his arrest: ‘We got you, Harvey Weinstein, we got you.’

‘The NYPD thanks these brave survivors for their courage to come forward and seek justice,’ the police department said. 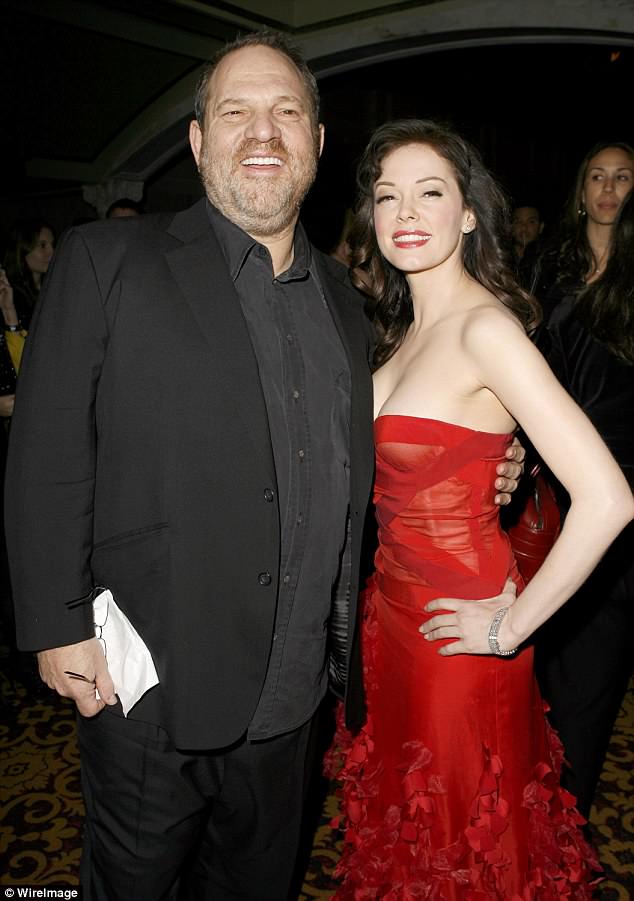 McGowan is one of several actresses who accused Weinstein of raping her 20 years ago. They are pictured together in Los Angeles in 2007

The Manhattan District Attorney’s Office and police have been investigating Weinstein for months, coming under growing pressure from the Time’s Up movement and Hollywood actresses to bring the disgraced producer to justice.

Lucia Evans, who said Weinstein forced her into oral sex in 2004, is thought to be at least one of the women whose cases triggered charges.

New York police have previously confirmed an active Weinstein investigation regarding Evans, who was an aspiring actress at the time, and a credible rape allegation after ‘Boardwalk Empire’ actress Paz de la Huerta accused the former producer of raping her twice at her New York apartment in late 2010.

Weinstein’s career went down in flames last October over sexual assault allegations following bombshell articles in The New York Times and New Yorker, which sparked a sexual harassment watershed across the United States.

More than 100 women have since accused Weinstein of crimes ranging from sexual harassment to assault and rape going back 40 years.