Roseanne Barr apologized for comparing former Obama aide Valerie Jarrett to an ape, but it’s now revealed she made similar racist remarks against his national security adviser Susan Rice back in 2013.

Barr, whose racist tweets Tuesday saw her ratings fueled ABC show get axed within hours of tweeting Jarrett looked like ‘Muslim brotherhood & planet of the apes had a baby,’ tweeted that Rice was ‘a big man with swinging ape balls,’ in 2013.

She said: ‘The tone does start up at the top, and we like to look up to our President and feel as though he reflects the values of our country.’ 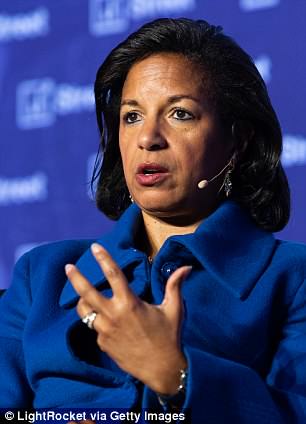 TV sitcom star Roseanne Barr who compared a former Obama aide to an ape, made similar remarks, again over Twitter about his national security adviser Susan Rice (right) in 2013 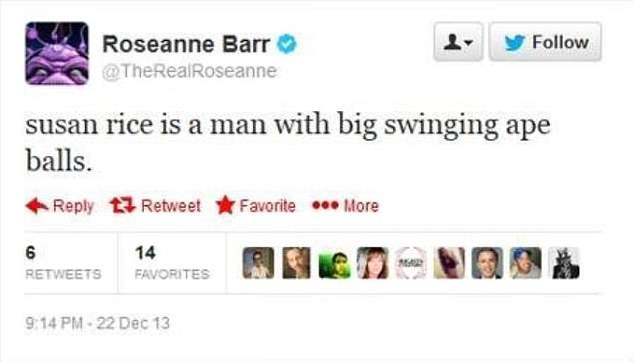 Jarrett also said Disney CEO Bob Iger called her personally to apologize and gave her advanced notice that Barr’s eponymous show was being cancelled before it was announced publicly.

‘First of all, I think we have to turn it into a teaching moment. I’m fine. I’m worried about all the people out there who don’t have a circle of friends and followers coming to their defense, Jarrett said during the town hall.

‘The person walking down the street minding their own business and they see someone clinging to their purse or walk across the street… or every black parent I know who has a boy who has to sit down and have a conversation, the talk as we call it.

‘Those ordinary examples of racism that happen every single day.’

Since the fallen sitcom star’s rant, in which she also called investor George Soros a Nazi sympathizer and erroneously said Chelsea Clinton was married to his nephew, Barr has apologized several times. 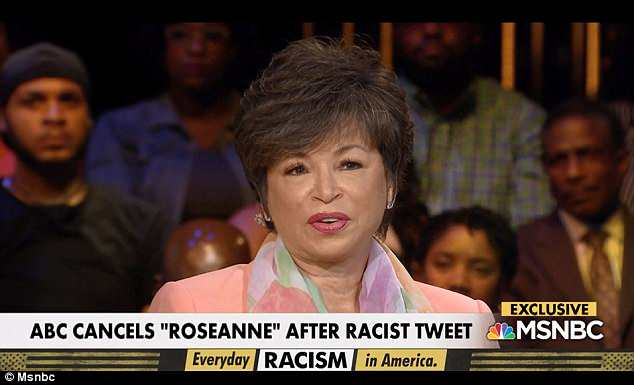 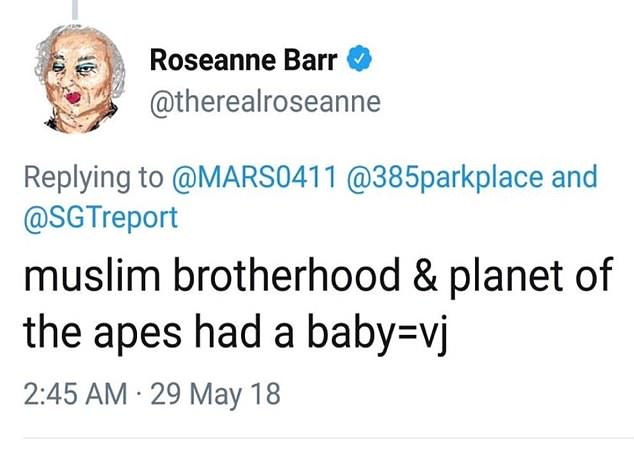 The Jarrett tweet that caught fire, and burned down Barr’s reboot shot of Rosanne when ABC pulled the plug on the upcoming season

Barr tweeted apologies Tuesday, but nothing could save her, or her show once ABC determined too much damage had been done

Just one tweet? After a day of retweeting Twitter users defending her, she finally threw in the towel saying she regrets ‘one tweet’ more than losing her show

Barr shared over the social media platform that got her into the trouble in the first place: ‘I’m sorry 4 my tweet,’ but also wrote, ‘I’m tired of being attacked & belittled more than other comedians who have said worse.’

The former sitcom star took a deeper ‘sorry’ tone by the end of Tuesday night, after a day that saw her show cancelled, her original sitcom pulled from streaming sites, three of her agents quit, and her former cast members turn on her.

Tuesday night, after re-tweeting posts from fans who came to her defense, Barr wrote: ‘guys i did something unforgivable so do not defend me. It was 2 in the morning and i was ambien tweeting-it was memorial day too-i went 2 far & do not want it defended.’

Beyond costing ABC millions in ad revenue, which would possibly had been lost with advertising boycotts if they decided to move forward with season two despite her comments, her cast and crew are also losing out on what everyone hoped would be a lucrative reboot.