Actor John Goodman has appeared in a political radio ad in Missouri, supporting a pro-union position.

The start best know for portraying Dan Conner on Roseanne is heard in the St. Louis-area ad opposing a right-to-work law on Missouri’s August 7 ballot, the Post-Dispatch reported.

‘The name’s deceiving: The bill will not give you the right to work. Instead, it gives big business and out-of-state corporations the right to pay you less than they do now.’

The ad continues: ‘It’s being sold as a way to help Missouri workers, but look a little deeper and you’ll see it’s all about corporate greed.’

Goodman was born in Affton, Missouri, and attended high school and college in the state.

The actor’s own union, the Screen Actors Guild-American Federation of Television and Radio Artists, paid for the radio ad.

‘Right to work laws’ prohibit labor agreements that require all members who benefit from a union to pay union dues.

Supporters of right to work legislation say workers should be able to choose whether they pay union dues in industries that require union membership. 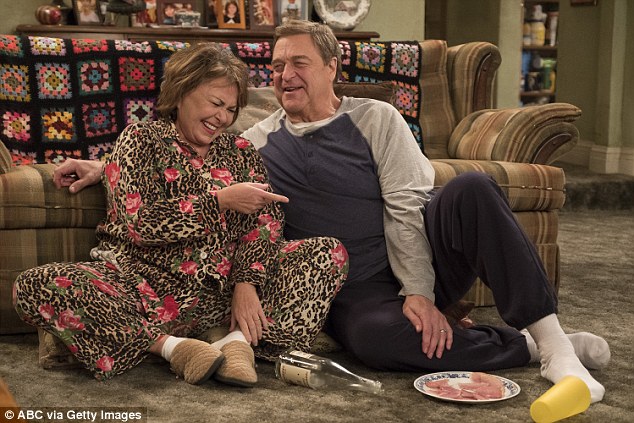 Opponents gathered enough signatures to put it to a public vote, and the law has not yet gone into effect pending the outcome of the referendum.

Goodman is slated to appear in the upcoming Roseanne spinoff, tentatively titled ‘The Connors’.

His co-star Roseanne Barr was dropped from the Roseanne reboot after her tweet comparing top Obama aide Valerie Jarrett to ‘planet of the apes’ drew fury and condemnation.

Goodman is also set to star in a new HBO comedy about a world-famous televangelist family, titled The Righteous Gemstones.