Roseanne Barr has thanked John Goodman publicly for defending her and ‘speaking truth’.

In a recent interview, Goodman, 66, said that his former co-star was not a racist.

‘I was surprised,’ Goodman said. ‘I’ll put it this way, I was surprised at the response. And that’s probably all I should say about it. I know, I know, for a fact that she’s not a racist.’

On Monday, Barr, 65, tweeted her appreciation towards Goodman. ‘I thank John Goodman for speaking truth about me, despite facing certain peril from producers and network.’

John Goodman has revealed in an interview that when The Conners returns without star Roseanne Barr, his character Dan will be ‘mopey and sad because his wife’s dead’ 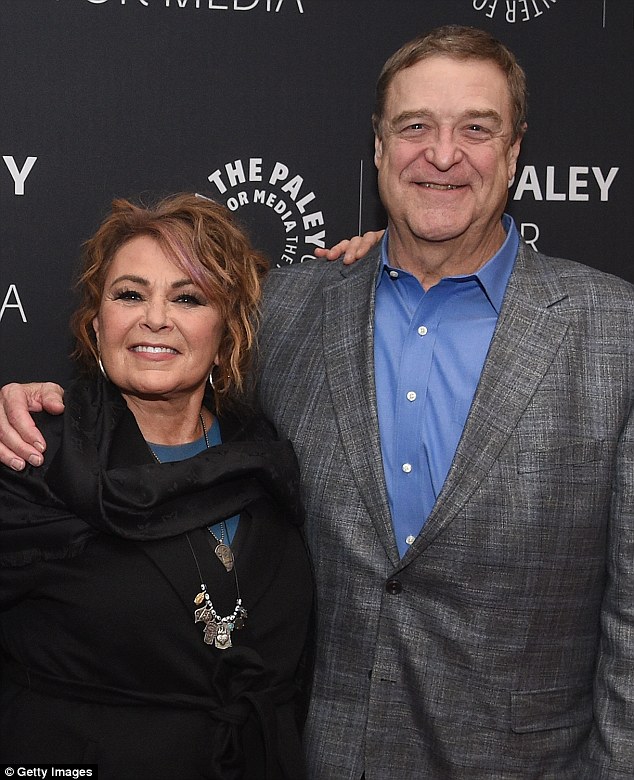 Goodman, 66, said he was ‘very depressed’ following Barr’s tweet about Valerie Jarrett and defended her, saying: ‘I know for a fact she is not a racist’

Goodman’s comments came in an interview with the Times in which the actor spoke about the cancellation of the Roseanne revival and the a new spinoff called The Connors, in which Barr will not appear.

Goodman revealed how the departure of the main character will be handled when the sitcom returns.

Asked about how Dan Conner will handle her absence, he told The Sunday Times: ‘It’s an unknown. I guess he’ll be mopey and sad because his wife’s dead.’

Goodman admitted that he had been depressed for a month after ABC pulled Roseanne after just nine episodes in the wake of Barr’s tweet about Valerie Jarrett. 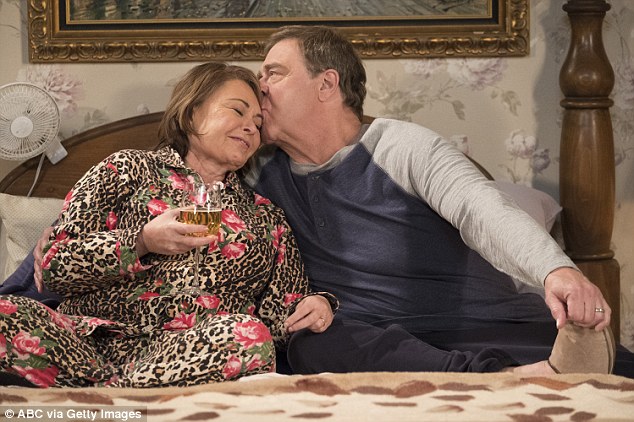 ABC fired Barr in May but she agreed to allow the network to continue to make the show she created without her. Goodman will return with other original cast including Sara Gilbert

ABC fired Barr in May and ultimately she agreed to allow the show she created to continue with the other original castmembers and be rebranded as The Conners.

Goodman said he did message Barr during that time, saying: ‘She had to sign a paper saying that she relinquished all her rights to the show so that we could go on.’

Goodman said the cast will have their work cut out to make the new show a success without her.

Speaking about his relationship with Barr, he recalled that the two used to laugh a lot, and said his goal in life was ‘to make her wet her pants’.

But it seems the pair did not share much of a relationship off set, as Goodman describes Barr as his ‘work friend’.

Barr caused widespread outrage after she tweeted that Jarrett, who was born in Iran and is of African American heritage, looked like ‘the Muslim Brotherhood & Planet of the Apes had a baby’. 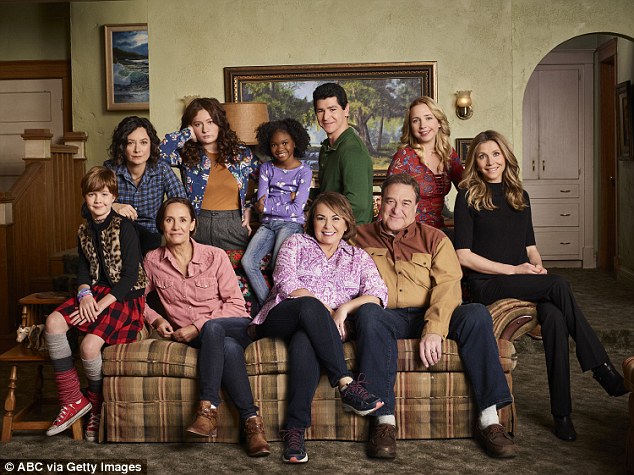 Roseanne ran from 1988 to 1997. Its revival earlier this year was a huge ratings hit for ABC but was yanked off air after nine episodes due to Barr’s racism scandal 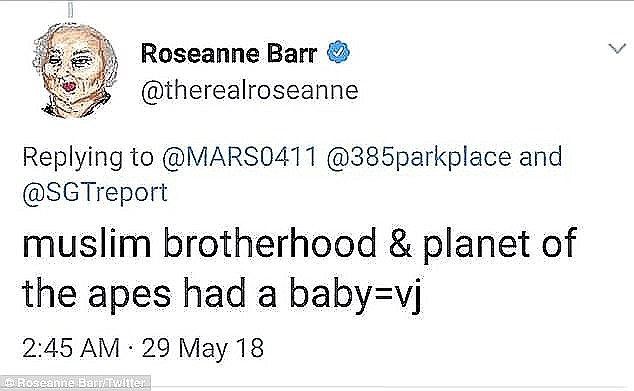 Barr said her tweet that Jarrett, an Obama adviser who was born in Iran and is of African American heritage, looked like ‘if the Muslim Brotherhood and Planet of the Apes had a baby’

She has repeatedly apologized for any offence that the tweet caused as well as to the cast and crew of Roseanne, but refuses to accept that it was racist.

Barr insists that she thought Jarrett was white and intended the tweet as a political jibe at Obama’s nuclear deal with Iran.