Rosie O’Donnell is heading to The Talk.

‘This friday I will be guest hosting with the ladies of The Talk – dont miss it!!’ wrote O’Donnell.

She will be just one of the women set to fill in for newly-departed host Julie Chen, who left just one week into the ninth season after her husband Les Moonves was force to resign as chairman of CBS Corporation.

That news came just two days after DailyMail.com reported that a long list of names was being discussed in regards to replacing Chen, with O’Donnell emerging as the top choice.

She’s back: Rosie O’Donnell announced that she will be guest hosting The Talk this Friday, marking her return to daytime over three years after leaving The View (O’Donnell above with Sheryl Underwood, Sara Gilbert and Sharon Osbourne) 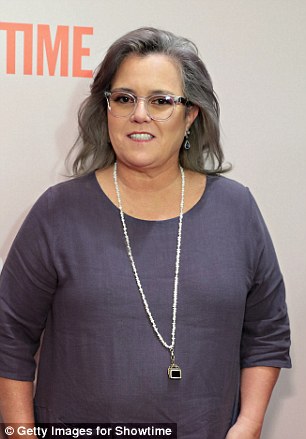 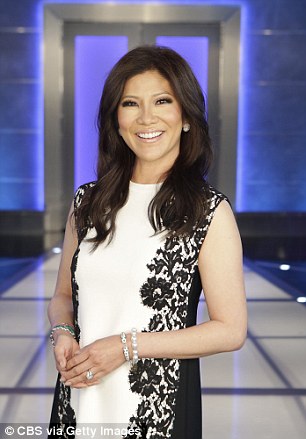 Fresh blood: The Talk has begun the process of looking for a host to replace moderator Julie Chen, who left in the wake of her husband Les Moonves’ firing from CBS (top choice Rosie O’Donnell left and Chen on right)

Tweet: ‘This friday i will be guest hosting with the ladies of The Talk – dont miss it !!’ wrote O’Donnell (above)

‘She has a proven track record, from her own show to her time on The View, and despite being polarizing she brings in viewers,’ once source told DailyMail.com of the reason executives are eyeing the former daytime host.

That same source also added that O’Donnell is great at ‘creating moments’ which would guarantee more press coverage for the show now in its ninth season.

A second source pointed out that O’Donnell is one of the few people who can do what Chen did as a moderator.

‘Rosie can be a bit intense when it comes to politics, but she is incredibly good at connecting with an audience, and would be an ideal fit,’ said the source.

What could possibly sweeten the pot for O’Donnell is the fact that her booker, Deirdre Dod, now works on The Talk as the talent producer.

Other names that have reportedly been brought up include frequent Talk guest hosts Carnie Wilson, Ann Curry, Debbie Matenopoulos and Lisa Ling, though Ling and Matenopoulos are both under contract at other networks.

Curry would seem a particularly good choice for the job, and no doubt draw a large swath of viewers who have been eager to see the journalist ever since she was unceremoniously dumped back in 2012 by NBC.

Since that time she has started a multi-platform media startup which NBC Universal invested in, and earlier this year produced We’ll Meet Again a six-part series that aired on PBS.

She promoted that series with a trip to The View, which would seem to suggest she is open to the idea of a daytime hosting gig.

Talent with deals at other networks may also not be a problem for CBS given their ability to negotiate contracts in the past with Anderson Cooper and Oprah Winfrey on 60 Minutes.

Those two also hosts their own shows on CNN and OWN respectively, roles which take up far less time though than being a daily moderator on The Talk.

Kris Jenner and Mayim Bialik are also names that a third source said had been brought up in conversation, though it is unclear if either of those woman would be interested in the role.

Bialik is also busy filming the final season of Big Bang Theory, which airs on CBS.

Then there is Carrie Ann Inaba, who got Chen’s endorsement in a big way on the day she announced she was leaving via a pre-taped message.

Inaba is also tied up at the moment with Dancing With the Stars and not a mother, which would mean only two women on the panel had children on their own – Sara Gilbert and Sharon Osbourne.

Eve, the newest host on the show is a stepmother to husband Maximillion Cooper’s three children.

The Talk, which was created by Gilbert and based on the British series Loose Women, was pitched as a talk show that presented news and current events ‘through the eyes of a mother’ so that could play a roe in the selection process.

The time frame for this is still not definitive however, with Kelly Ripa proving recently that waiting for the right host can pay off in the end.

It was almost 18 months after the exit of Michael Strahan that she officially welcomed Ryan Seacrest as her new co-host on Live. 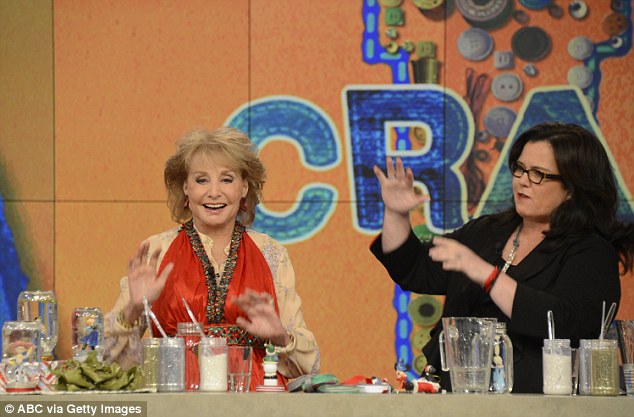 View days: Multiple sources tell DailyMail.com that Rosie O’Donnell is the top choice, while other names being floated around include Ann Curry and Lisa Ling (O’Donnell and Barbara Walters on The View) 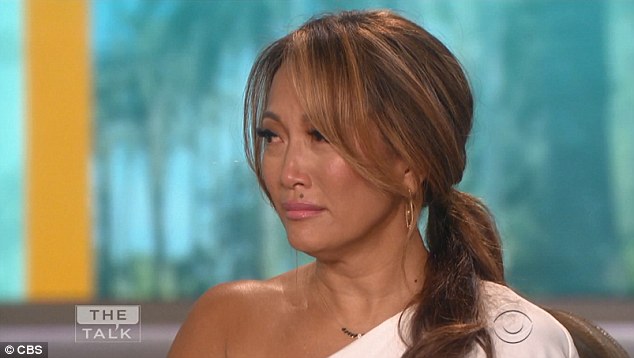 Emoitional: The Talk is also looking a frequent guests hosts Carrie Ann Inaba and Carnie Wilson per sources close to the production (Inaba in tears in the day Chen announced her exit) 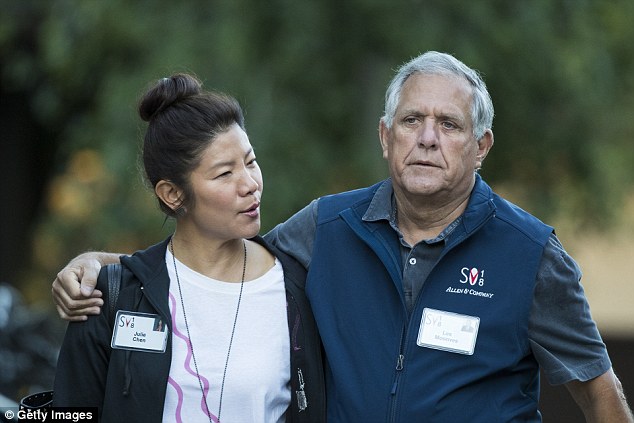 Off they go: Chen is staying on for the next season of Big brother despite leaving The Talk

The Talk has used this tactic in the past as well, most recently prior to the show’s decision to hire Eve.

A host of women came on as guests hosts, including singer Michelle Williams and Inaba, after the departure of Aisha Tyler just before the start of the eighth season.

Eve was not named as Tyler’s replacement, however, until November, right in the middle of the most important time of the year for any television show – sweeps.

It would be no surprise if history repeats itself, and a tune-in to unveil the new host comes in late October or November.

In the immediate aftermath of Chen’s departure Inaba stepped in to take her place as did Wilson, with more guest hosts slated to drop by this week.

Chen announced the news at the end of the show’s episode on Tuesday in a taped message, fighting back tears as she shared her decision with viewers.

She had not yet appeared on the show’s ninth season, and announced that she would be going on indefinite leave last Monday after CBS forced her husband to resign as CEO and chairman.

Ten days later she made the leave definite, stating: ‘I have been at The Talk since the day it started nine years ago and the cast, crew and staff have become family over the years.

‘Right now I need to spend more time at home with my husband and our young son. So I have decided to leave The Talk.’

CBS applauded the hosts in the wake of the announcement on Tuesday.

‘For eight seasons, Julie Chen has co-hosted The Talk with incredible energy, grace and professionalism. Her talents played a big role in our successful launch of CBS’ first network daytime talk show, and in the series growth into an Emmy Award-winning broadcast,’ read the statement.

‘All of us here have tremendous appreciation for the dedication and passion she brought to the show every day and for her generous role as an ambassador for CBS Daytime. We are grateful for her many other contributions, respect her decision and wish Julie all the best in everything she does.’