Ross Kemp has become a dad again at the age of 53, after his wife Renee O’Brien gave birth to his third child and the couple’s second.

The former EastEnders star took to Twitter on Thursday to announce the joyous news, as he thanked famed gynaecologist Lawrence Impey and his team for successfully delivering their baby into the world.

Alongside a photograph of him and Lawrence in their theatre scrubs, the actor wrote: ‘BIG THANKS to Lawrence Impey and his team. Very happy Dad again!’ [sic]

Daddy cool: Ross Kemp has announced that he has become a third-time father, after his wife Renee O’Brien gave birth to the couple’s second child. They’re pictured together in 2014

The TV personality refused to divulge any further details on the newborn – including the name, sex, time of birth and weight – but it’s thought the delivery went well.

Ross and Renee – who got married in 2012 – already have a little boy, who was born in 2015, together but neither of them have ever confirmed his name.

The star also has another son with his ex-partner Nicola Coleman. He was married to former News Of The World editor Rebekah Brooks from 2002 until 2009. 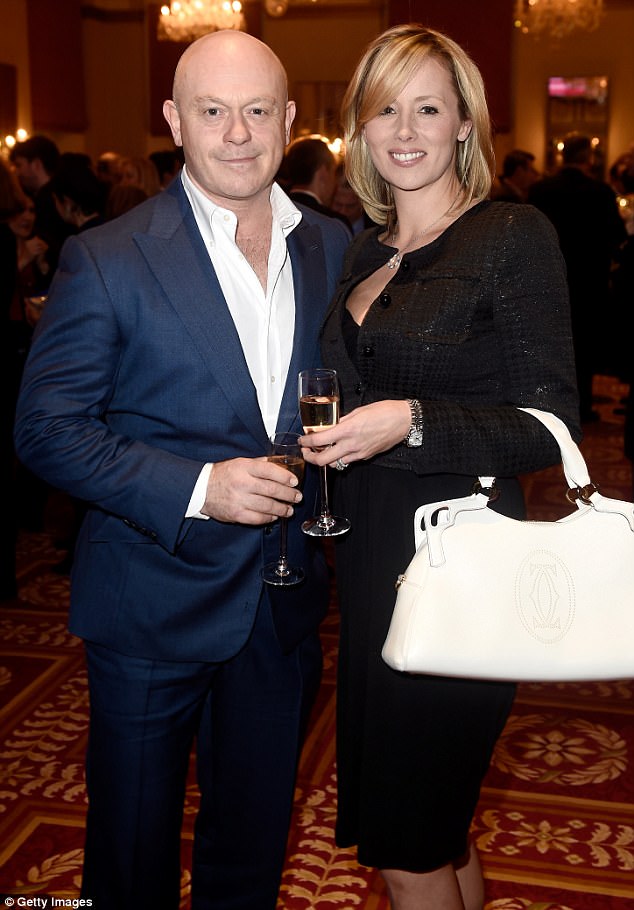 Expanding the brood: Ross and Renee – who got married in 2012 – already have a little boy, who was born in 2015, together but neither of them have ever confirmed his name 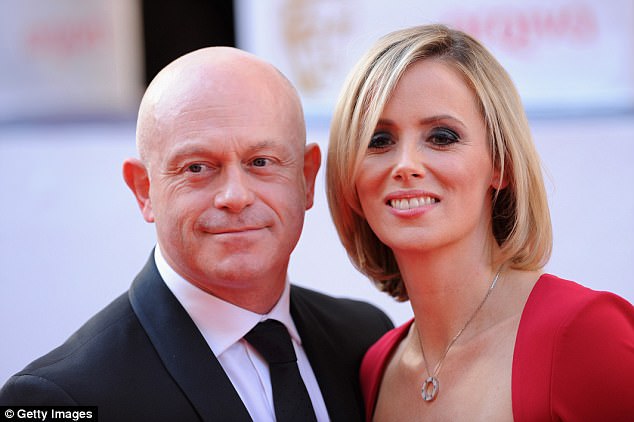 Low-key: Despite Ross’ high-profile career, the couple have kept their lives out of the spotlight

Meanwhile, the investigative journalist’s happy news comes just months after Sky decided to axe his Extreme World series, which saw him document homelessness, drug addiction, violence and poverty around the world, after six years on screen.

A spokesperson for the channel said previously: ‘Our focus for Sky1 this year is offering customers even more great drama, comedy and factual entertainment.

‘Going forward we are shifting away from commissioning factual shows on the channel, and Ross Kemp’s Extreme World will be coming to an end after its upcoming series.’

Although Ross was hoping to bag himself another series next year, he’s not completely disheartened as bosses have promised him something exciting in the future. 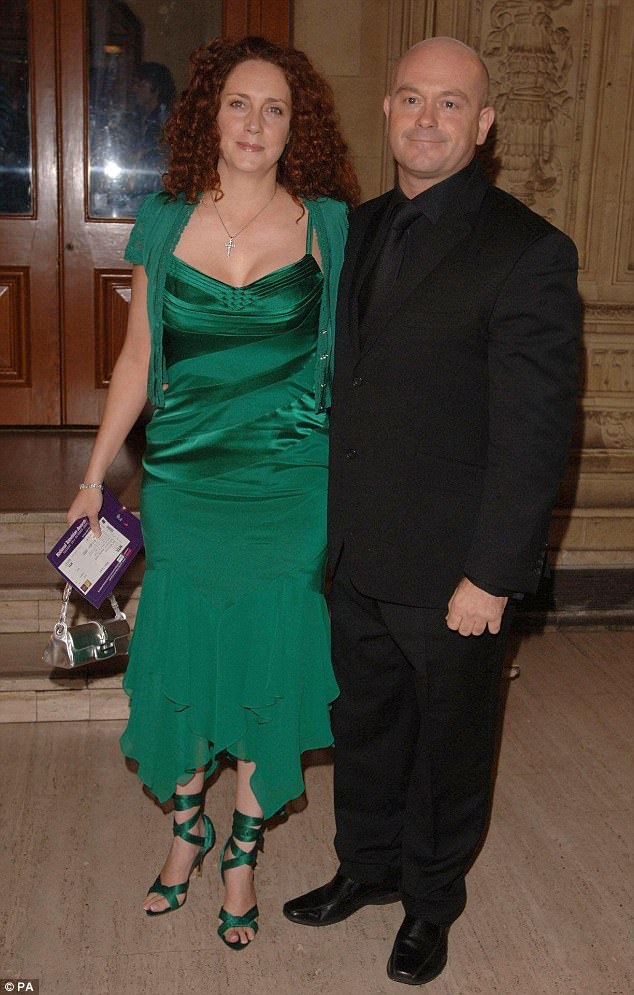 The ex factor: He was previously married to former News Of The World editor Rebekah Brooks

A spokesperson said: ‘Ross remains a much-loved member of the Sky1 family. He in talks with him about exciting new factual entertainment projects for the channel.’

And that’s not the only door that has opened up for the actor as he’s also hoping to reprise his role as bad boy Grant Mitchell in EastEnders sometime this year.

When pressed on whether he would go back to Albert Square, he said: ‘You know what, in life, particularly if you work in television, who knows? Never rule out anything!’

Ross has appeared in the programme on and off since 1990 and saw his hard man alter ego go back to Albert Square temporarily last year when his on-screen mother Peggy (Dame Barbara Windsor) passed away following a lengthy cancer battle. 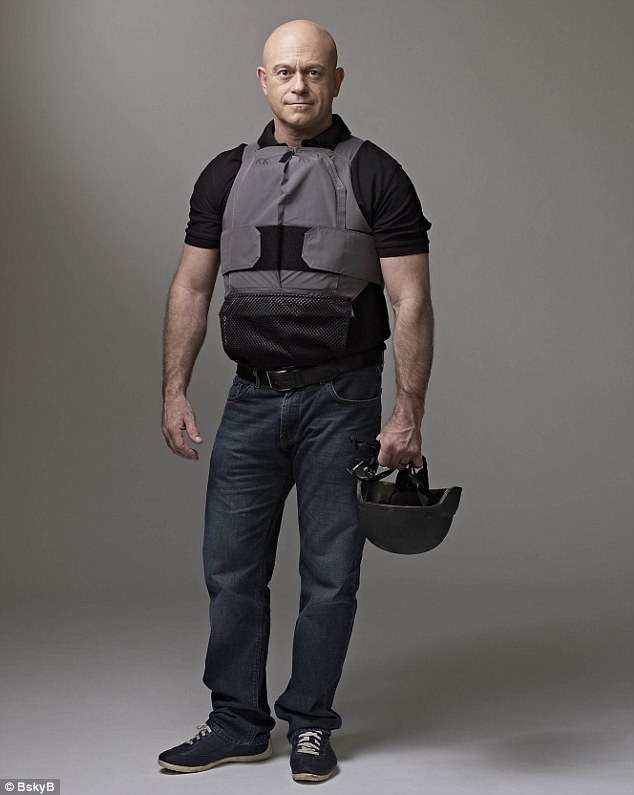 Gritty: He has won over a legion of new fans in recent years with his gritty Extreme World series, which is set to soon come to and end 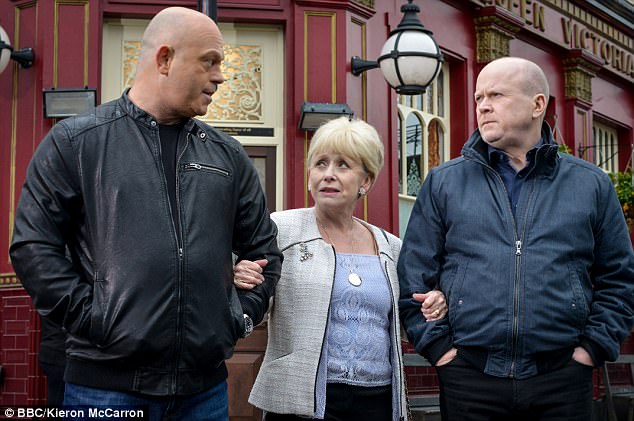 Rise to fame: Ross shot to fame on EastEnders, which he joined the cast of in 1990. He is pictured with former co-stars Barbara Windsor and Steve McFadden