Ross Lyon has revealed his heart has ‘been opened up’ to the prospect of coaching St Kilda again as he nears an emotional return to the Saints.

Lyon coached St Kilda for five seasons before departing in acrimonious circumstances at the end of the 2011 campaign to take over at Fremantle.

However, with the Saints looking for a new coach following the sacking of Brett Ratten last week, the 55-year-old admitted he was close to returning to the club.

‘We are very close. We had some long meetings, where I explained my philosophy and really tried to understand where they are at and what they want to achieve,’ he told 9News Melbourne.

‘I’m keen. My heart’s been opened up to St Kilda through [Saints president] Andrew [Bassat] and [Saints CEO] Simon [Lethlean] and their board and obviously I’ve got a strong connection [to the club], but there’s a bit to go.’

The former Fitzroy star led the Saints to back-to-back Grand Finals in 2009 and 2010, but lost to Geelong and Collingwood respectively – the latter after a replay – before abruptly walking out of the club to take the Dockers job.

After making the finals in all but Lyon’s first season in charge, the Saints have played September footy just once in the decade since his departure. 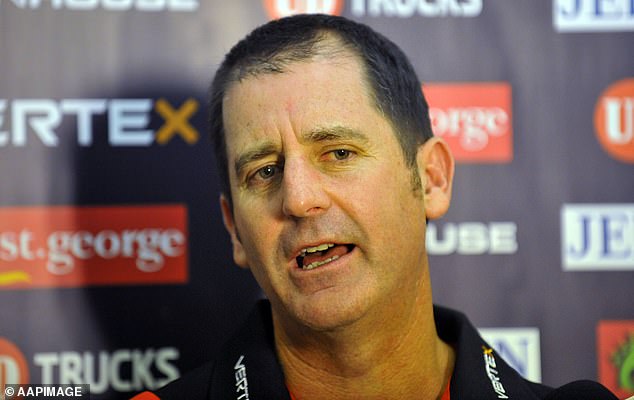 Lyon coached the Saints for five seasons, before abruptly leaving the club to take over as head coach of Fremantle at the end of the 2011 season 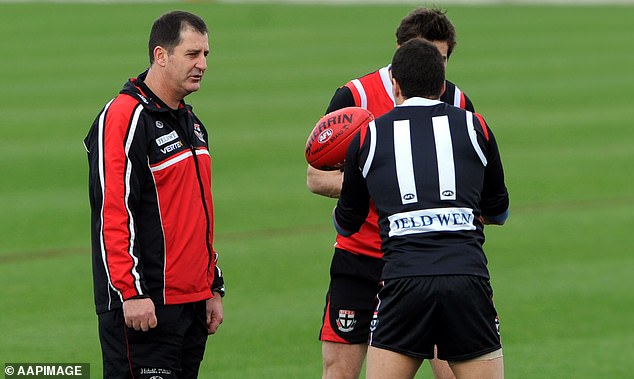 The Saints reached the Grand Final in 2009 and 2010 under Lyon and made the finals in each of his five years at the helm, bar his first season in charge

And the 55-year-old, who remains the Saints’ most successful coach in terms of winning percentage, said he was desperate to change the ‘disrespectful narrative’ around his former club.

‘It was a tumultuous time 11 years ago. From afar you watch and I don’t like the narrative around St Kilda,’ he said.

‘Maybe it’s deserved but sometimes it’s a bit disrespectful. Hopefully it can get to the point where I can roll up my sleeves and get in and help change that.’ 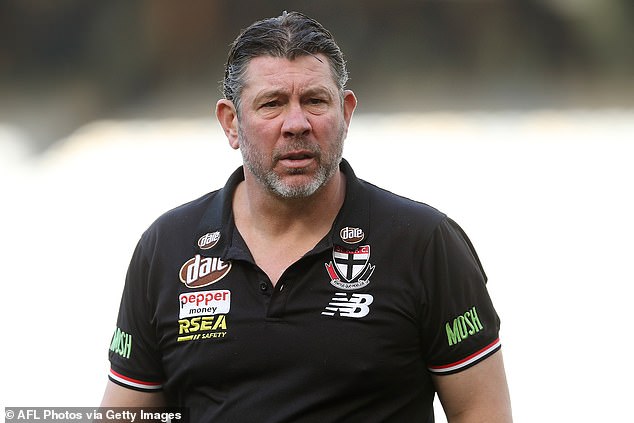 Brett Ratten was sacked last week, despite being under contract for another two years

Barrett won 26 of his 49 games in charge of the Saints since he took over as caretaker coach halfway through the 2019 season after Alan Richardson stepped down.

‘It’s been a difficult time for the club and obviously for Brett,’ Lyon said.

‘In elite sport around the world as coaches we come and go a little bit.

‘It’s brutal, I’ve been on the end of it, sometimes clubs make decisions they think is best and you don’t always agree with them yourself, but you need to respect them.’ 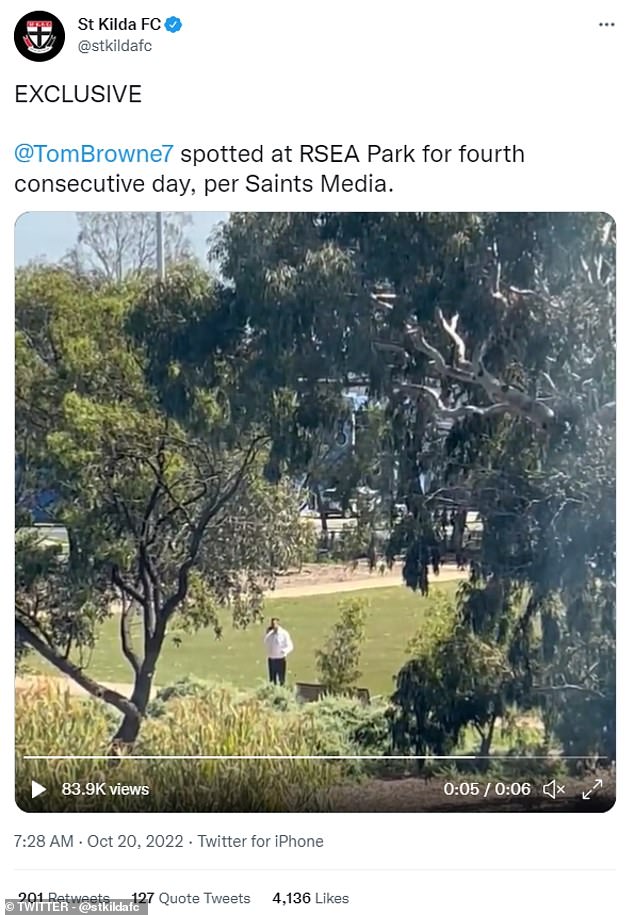 Meanwhile, the Saints cracked a joke at the expenses of Channel 7 sports reporter Tom Browne, who has been stationed outside the club’s headquarters at RSEA Park in Moorabbin ahead of a formal announcement on Lyon.

‘EXCLUSIVE. @TomBrowne7 spotted at RSEA Park for fourth consecutive day, per Saints Media,’ the Saints’ social media team wrote on Twitter alongside a video of Browne on the phone outside the facility.

The Channel 7 reporter took the cheeky dig magnanimously and informed the club he’d since returned to his desk.

‘This is gold… and old!’ he tweeted. I’m in the office. Ross will be the the coach, just announce it already. Old news!’.