Ross Lyon’s long meeting with St Kilda chiefs moves him closer to shock return, but analysts question whether he has been out of the game too long to be the Saints saviour

An AFL reunion between Ross Lyon and St Kilda is gaining serious momentum after the former coach met with Saints management at Moorabbin for over four hours.

Lyon famously steered the Saints to the 2009 and 2010 grand finals before sensationally walking out on the club to take over as Fremantle coach.

St Kilda shockingly sacked Brett Ratten last week, only a couple of months after having extended his contract by two years.

The notion of Lyon returning to the club has gone from a romantic daydream to a real possibility after the long meeting. 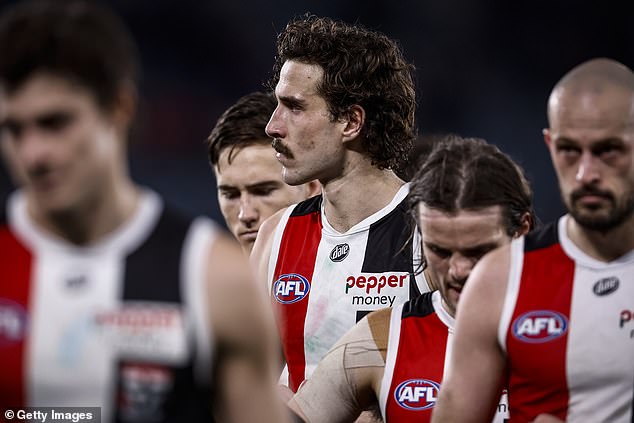 Lyon parted ways with Fremantle in 2019 and has not coached since, although he did have discussions with Carlton before the Blues appointed Michael Voss, and with Essendon, which ultimately went for Brad Scott.

During those processes, Lyon had said he did not feel he had to do the standard presentation of his plans for the job, as he had a long record to assess.

However he had lengthy talks on Tuesday that clearly covered a lot of ground.

‘I just had a meeting, it’s a big step isn’t it?’ Lyon told Channel 7 after the meeting.

‘We just had initial discussions.

‘Otherwise I wouldn’t come and meet [if I wasn’t interested], it is a delicate time for everybody. 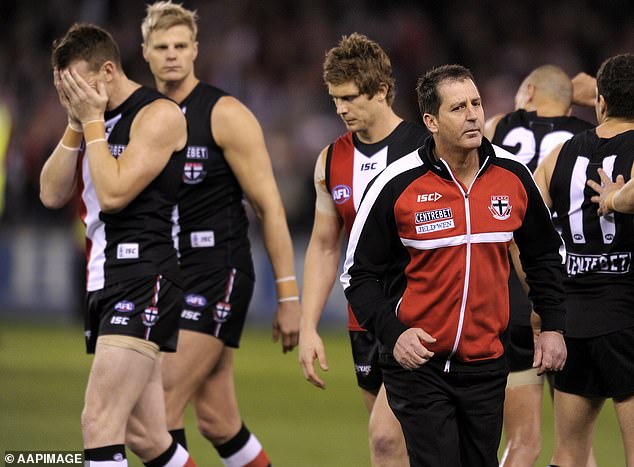 While the desire may have returned for Lyon, AFL Daily journalist Damian Barrett questioned whether he had been out of the AFL system for too long.

‘It’s in that borderline zone,’ he said.

‘Three seasons out of this game and the changes that have come inside that timeframe.

‘Ross Lyon, if he is to accept the St Kilda offer, is going to be re-entering a very, very different system.

‘He is already a man that is unchangeable when it comes to his ways and his mannerisms and his methods of dealing with football.

While Lyon had not been directly involved in the game since leaving the Dockers, he had worked as a media commentator and analyst which demanded he keep abreast of tactical innovations.

Former St Kilda player Brendon Goddard doesn’t think the three years out of the game will be a problem.

‘I’m a massive advocate and fan of Ross,’ Goddard said.

‘There’s no reason why he wouldn’t be perfect for it, really. The game hasn’t changed that much.

‘He still watches it and he still loves footy and his methods and his plan around how to build a culture that hasn’t changed.’ 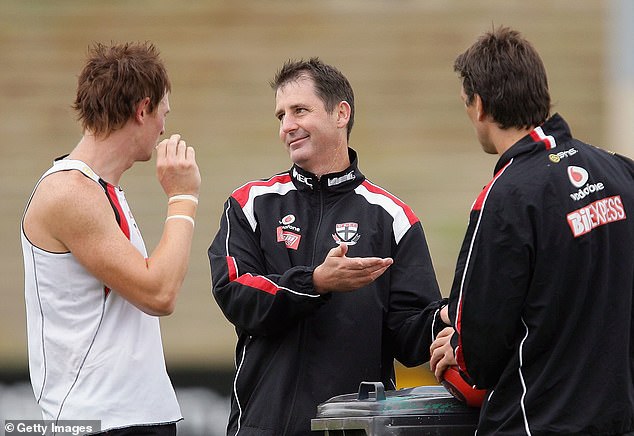 Garry Lyon added on SEN that Lyon would be bring in a new game plan and not rely on what worked in the past.

‘He got the best out of me as a player. A lot of other people would say that as well,’ he said.