Using the portable toilets at festivals is gruesome enough without having to undergo the terror of having it pushed over.

But for one unsuspecting festival-goer that’s exactly what happened, when a group of rowdy yobs decided to tip over a portaloo.

The men filmed themselves pushing over at least one chemical toilet while at TRNSMT festival in Glasgow on Saturday. 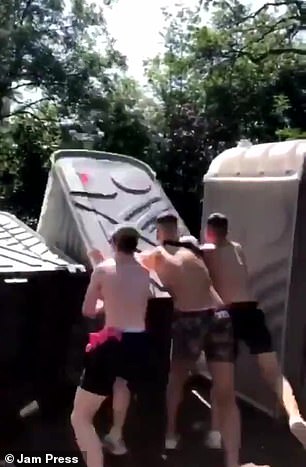 A gang of rowdy men filmed themselves as the tipped over a portable toilet at TRNSMT festival in Glasgow on the weekend. To the left of the fallen toilet is another portaloo which seems to have suffered the same fate

Footage shows the men jumping around and laughing before running towards the toilet and struggling to topple it over.

As soon as the toilet has fallen backwards the boys look scared and run away while trying to maintain their composure.

To the left of the toppled toilet is another portaloo which appears to have suffered the same fate.

Taylor Lamont shared the video on Twitter claiming that the toilet had contained a queue jumper, although the scene seems to show no queue whatsoever. 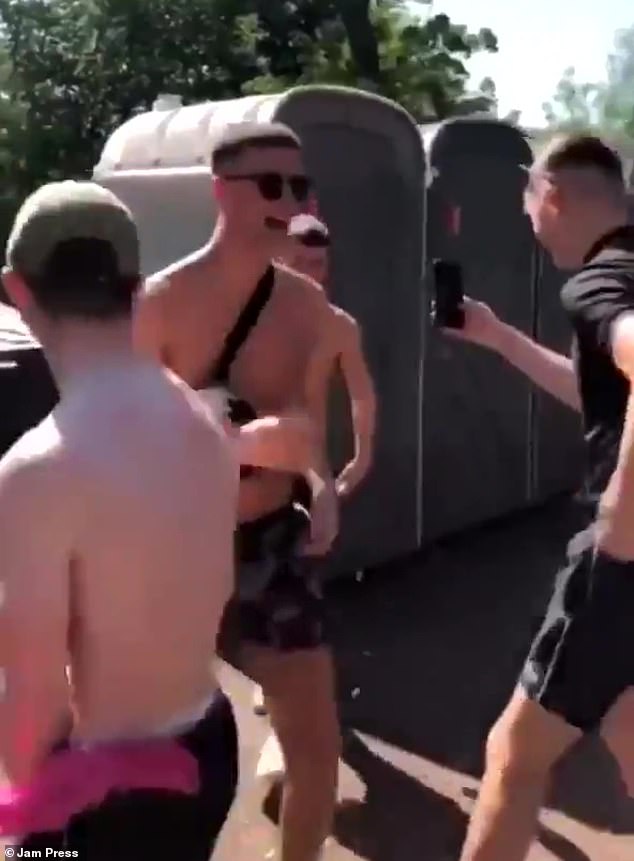 The video, which has been viewed more than 45,000 times, was posted with the caption: ‘This is why you don’t skip the queue for the toilets.’

Locals to the TRNSMT festival reported drunken and loutish behaviour from its attendees over the weekend.

Some even claimed that festival-goers would vomit, urinate and defecate on their front gardens.