A rowing coach raped a woman in a tent while her teenage son slept in a swag just outside, a court has heard.

The mother-of-two was assaulted during a school rowing regatta on March 3 at Lake Barrington in northern Tasmania.

A jury at the Supreme Court in Hobart heard the man was ‘infatuated’ with the woman and was drunk on the night of the attack.

The mother had been sleeping in a tent on her own when the 60-year-old coach slipped into her tent and assaulted her, the Mercury reports.

It took the jury just 45 minutes to find the man guilty of three counts of indecent assault and one count of rape on Monday.

In a victim impact statement, the woman said she felt forever changed by the attack – and is constantly on the lookout for the man who raped her.

‘Even though this happened a long time ago now, I still have a deep sense of sadness that I can’t shake,’ the court heard.

‘The arrogant and brazen nature of the attack on me shows how confident [the man] was in his authority over me,’ she said.

The mother also said the incident has caused pain within her family, saying it was extremely hard telling her son that his friend and coach of five years had ‘forced himself on me in a tent in the dark, miles away from home, surrounded by sleeping families’.

She said the incident had made her go from a confident and outgoing person to someone who was withdrawn and defensive.

The victim also said she was forced to defend her integrity and that lies had been spread about her in her community.

The man’s lawyer, Kim Baumeler said that her client thought that the feelings were mutual.

She added that he had since stopped drink and has since been seeing a psychiatrist.

The mother said sexual violence against women had to stop.

‘No means no, especially when it’s uttered over 20 times,’ she said.

The man will be sentenced next week and was remanded in custody. 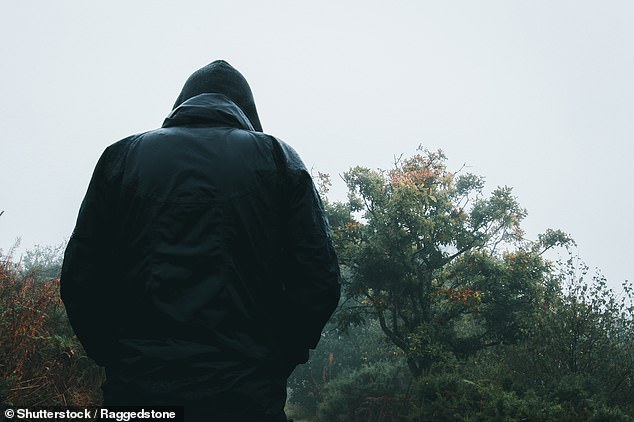