Roxy Jacenko and Oliver Curtis’ marriage hit a dramatic rocky patch when the former investment banker was found guilty and sent to jail for insider trading in 2017.

And now, the Sydney glamour couple are set to spill all about the tumultuous period of their relationship in an interview with Melissa Doyle for Sunday Night.

In a preview  posted on Roxy’s Instagram on Tuesday, the couple are emotional as they discuss their marital woes and make candid admissions  – with the PR queen confessing she blamed Oliver for ‘giving her cancer’.

‘I indulged in things I shouldn’t have indulged in’: Roxy Jacenko and Oliver Curtis spill all on their marital woes on Sunday Night – as the publicist admits to mistakes and says she blamed her husband for ‘giving her cancer’

In the teaser, Roxy and Oliver were introduced as ‘rich’, ‘glamorous’ and ‘living the high life’ before the voiceover claimed their world soon came ‘crashing down around them’.

Journalist Melissa then asked the pair, ‘Have you forgiven each other?’ to which Roxy replied, ‘I had to lie.’

The famous publicist admitted, ‘I started living a life as soon as Oli went to jail that was fast.’

Roxy later continued, ‘And indulged in things in shouldn’t have indulged in.’

While the preview didn’t specify what exactly she had ‘indulged’ in, Roxy previously hit headlines during her husband’s stint in jail when she was photographed locking lips with her ex-boyfriend Nabil Gazal on a balcony. 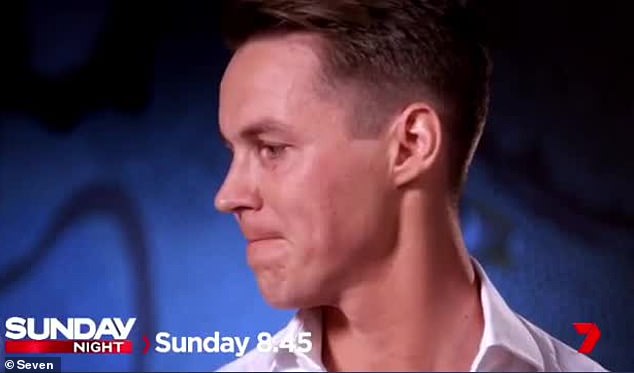 Emotional: In another section of the chat, her husband Oliver became teary eyed as he spoke about their children, Pixie, six, and Hunter, four

In another section of the chat, Oliver became teary eyed as he spoke about the couple’s children, Pixie, six, and Hunter, four.

Likely speaking about the most difficult part of his last few moments before being locked up for 12 months, he said, ‘Giving the kids a kiss. I said I wouldn’t cry.’

The Sweaty Betty founder also looks set to discuss her breast cancer surgery and in the teaser reveals that she had blamed Oli for her illness.

The blonde reenacted the moment, saying, ‘So I told him, “It’s your fault. You gave me cancer.'”‘ 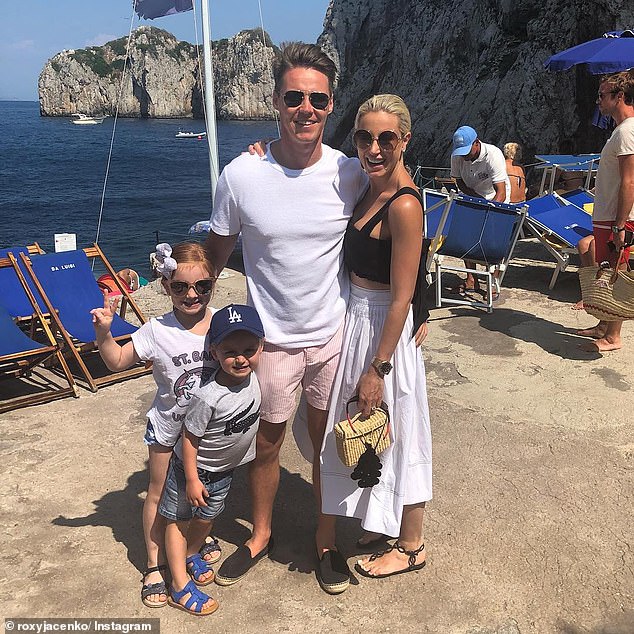 Family: Likely speaking about his last few moments before being locked up, Oliver said, ‘Giving the kids a kiss. I said I wouldn’t cry’. Pictured: Roxy and Oliver with daughter Pixie, six, and Hunter, four 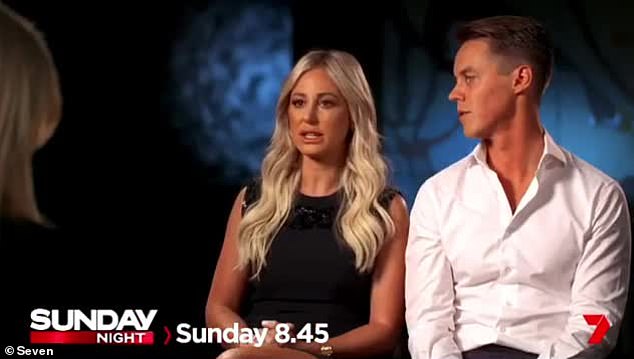 Hard times: She also discusses her breast cancer surgery and reveals that she had blamed Oli for her illness. The blonde reenacted the moment, saying, ‘So I told him, ‘It’s your fault. You gave me cancer’

The new interview comes after the couple appeared on KIIS FM’s Kyle & Jackie O Show earlier this year and spoke candidly about their previous marriage issues.

Oliver revealed that he discovered Roxy’s extra-marital affair with her ex-boyfriend Nabil Gazal while he was still in jail back in 2017.

Admitting he was forced to mull over the news from behind bars, Oliver ripped apart the property developer in a scathing interview on the radio show in February.

‘It is absolutely disgusting. What sort of human being moves in on a man’s wife while (he’s) in jail?’ Oliver raged.

‘I mean, come on. That is low,’ he added bitterly, before wife Roxy tried to move the conversation along by saying: ‘It was a mistake. I’m not proud of the mistake.’ 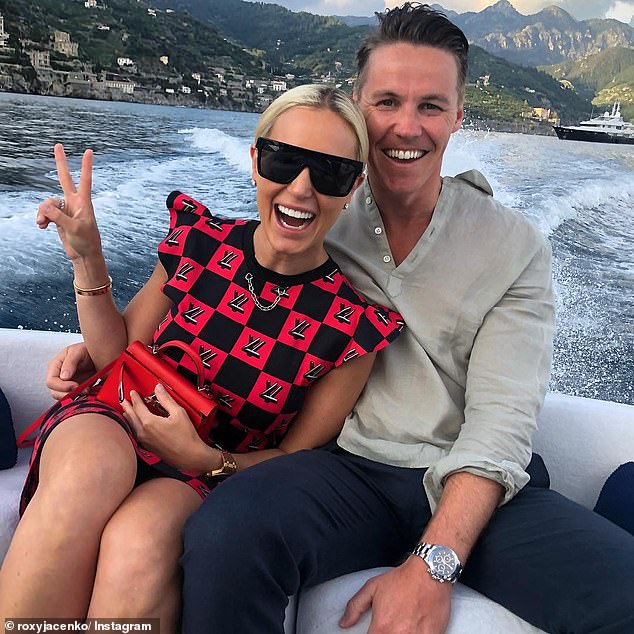 Infamous drama: Roxy and Oliver’s marriage made headlines when he was found guilty and sent to jail for insider trading in 2017