Roy Hodgson may be on the cusp of becoming Watford’s new manager but he may receive a muted reception from the club’s supporters after his criticism of mascot Harry the Hornet back in 2018.

Harry the Hornet, whose costume used to be worn by Gareth Evans, mocked Crystal Palace winger Wilfried Zaha by diving to the floor during a Premier League game back in December 2016.

It came after Zaha was shown a yellow card earlier in the same game at Vicarage Road for diving. 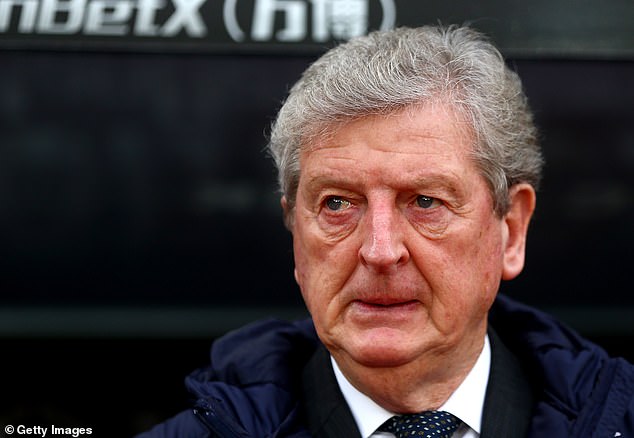 Sam Allardyce was the Crystal Palace manager at the time of the fixture and insisted the mascot’s actions were ‘out of order’ but the FA took no action.

At the time, Zaha did not seem to be too upset with Evans’ dive and after the game sent him a thumbs up and a picture of judges holding up scorecards on Twitter.

But when the two teams met again at the start of the 2018-19 season, Hodgson had taken over at Selhurst Park and labelled Harry the Hornet a ‘disgrace’.

He said: ‘If you’re asking me whether Harry the Hornet, who I presume is the mascot, should dive in that way, I think it’s disgraceful.

‘That is not what football matches are about. If it’s provoking the crowd into looking for something that isn’t there it should be stopped.

‘Wilfried Zaha does not dive for penalties. He gets knocked over sometimes or unbalanced without it necessarily being a foul or penalty because he runs at such speed and has such agility with the ball. 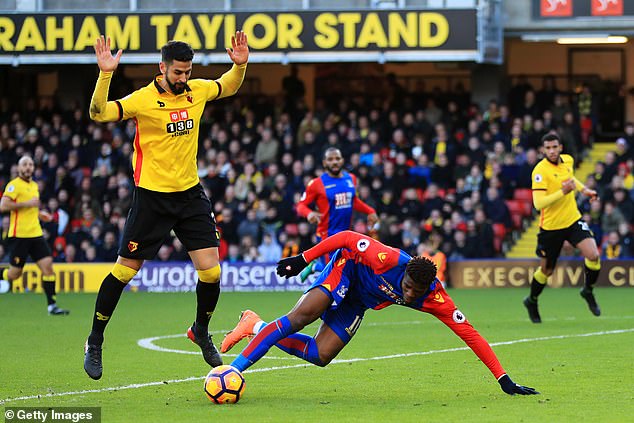 Harry the Hornet, who used to be played by Gareth Evans, mocked Wilfried Zaha by diving to the floor during a Premier League game back in 2016 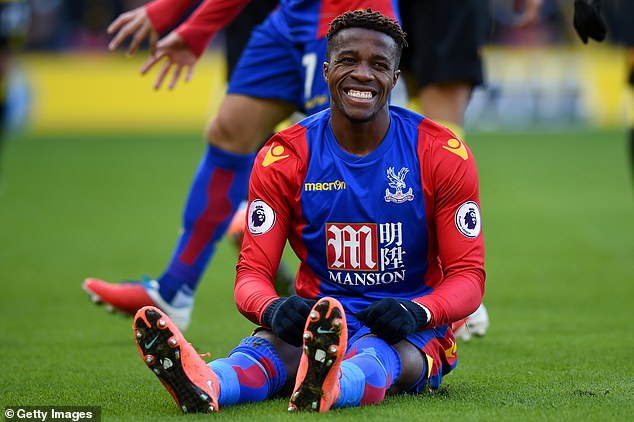 ‘But of course teams try to take every advantage they can.

‘You’ve mentioned the mascot. I would be very disappointed if the Crystal Palace mascot was doing something like that to provoke the crowd against an opponent and if I found out about it I would stop it.’

Just a month after Hodgson said that, Evans resigned from the position after more than a decade in the role.

At the time, he tweeted: ‘I have officially stepped away from being the match day mascot at #watfordfc my decision, proud of what I have achieved, the memories made and the experiences I’ve had – I was privileged and now heavy hearted also. Love you Harry!’

A month after Hodgson’s comments, Gareth Evans retired from the role of Harry the Hornet

As Sportsmail reported on Tuesday, Hodgson will sign a six month contract to become new Watford manager and replace the sacked Claudio Ranieri.

Training is scheduled to start at 2pm this afternoon and the expectancy is that Hodgson will address his new players before taking the session.

Just the formalities of Hodgson’s contract are left to complete with no late snags expected.

Hodgson will commit to the club until the end of the season and then review whether he will head into next season at the helm in the summer.

Watford’s players and staff are aware of Hodgson’s imminent arrival late on Monday night, with members of the squad said to be excited by the arrival of the former England boss and his assistant Ray Lewington.