REVEALED: Roy Keane took a break from World Cup punditry duty in Qatar and flew home, joking his TV colleagues started to ‘get on my nerves’… as Gary Neville says he could tell the Irishman had to ‘get out of there’

Roy Keane, who is part of ITV’s World Cup coverage in Qatar, revealed that he actually flew back home to reset his ‘tolerance levels’ after spending time with his ‘fellow pundits’.

The legendary Manchester United captain took a brief break from the action in Qatar, citing his punditry colleagues as the reason behind the respite, although he would not be drawn on which pundits in particular had caused him the most grief.

Keane has been in the firing line for Brazil coach Tite, after the ITV pundit’s scathing criticism of the Selecao’s twinkle-toed celebrations against South Korea, before telling the Brazilian manager to ‘dance in a nightclub’

When sitting down with colleagues Micah Richards and Gary Neville for Sky Bet, the 51-year-old appeared less than enthusiastic about his stint at the World Cup so far.

When asked about his experience at the tournament Keane began by describing it as ‘okay’ and ‘fine’ overall.

But he was quickly dobbed in by his former United team-mate Neville, who chimed in with: ‘To be fair Roy went home for four or five days as well actually. He went back.’

Keane then revealed: ‘I had a break. I needed a break, just my tolerance levels. Yeah, people get on my nerves.’ 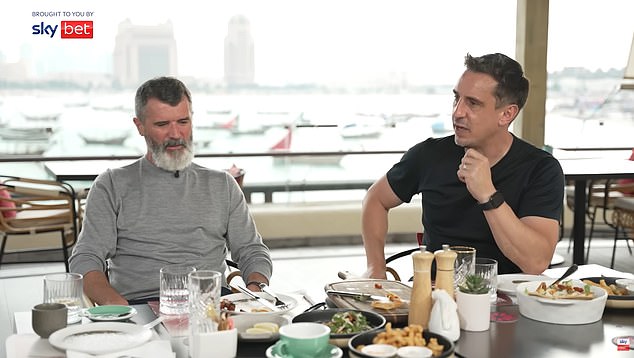 And when asked if there were any pundits in particular, the ex-Ireland midfielder simply said: ‘How long have we got? Fellow pundits.’

Neville, though, was quick to confirm that he was not culpable for Keane’s brief leave-taking from the tournament, claiming to know when his former United captain needed his space.

‘I can see when the tank’s filling up,’ the ex-England right-back claimed. 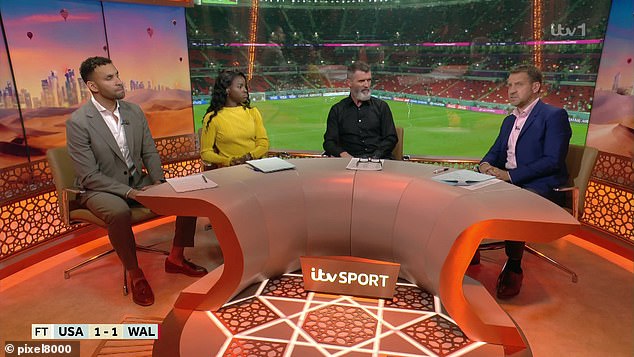 ‘It’s like one of those challenges on I’m A Celebrity with Roy, you know when you can see the tank is rising until you have to get out of there.’

Keane has been his usual outspoken self in the studio for ITV, and was quick to cast aspersions on the tournament itself, claiming that it should not even be in Qatar prior to Argentina’s Group C opener against Saudi Arabia.

‘The World Cup shouldn’t be here,’ Keane said. ‘It’s been mentioned about the corruption regarding FIFA, the way they treat migrant workers, gay people – I think it’s great that’s been brought up. 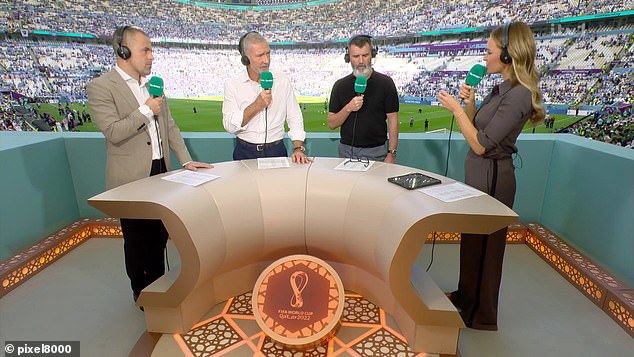 ‘You can’t treat people like that. We all love football and about spreading the game but to diminish human rights for a football tournament it’s not right – it shouldn’t be here.’

Graeme Souness then added: ‘Football is such a vehicle for good and bad. Sportswashing going on in our own country – there’s no way the Saudis should have Newcastle United – shouldn’t be anywhere near it but it’s not an ideal world we operate in.

‘They’ve been investing in our country for decades. They’ve infiltrated every level of our society. Football now has such a profile that the Saudis see it, Abu Dhabi, Americans see it – a chance to improve whatever brand they’re involved in.