‘You’ve got to be ready to nail him, he just dangles a leg’: Roy Keane blasts Fred and says the Manchester United midfielder HAS to do better after deflecting Che Adams’ strike into his own net

Roy Keane laid into Fred after the Manchester United midfielder deflected Che Adams’ shot into his own net.

Southampton opened the scoring at St Mary’s when Adams ghosted into the United box before shooting at goal, with the ball hitting Fred’s foot and squirming past David de Gea.

Keane insisted Fred should have done better, with the United man failing to close down the Saints forward to prevent the shot. 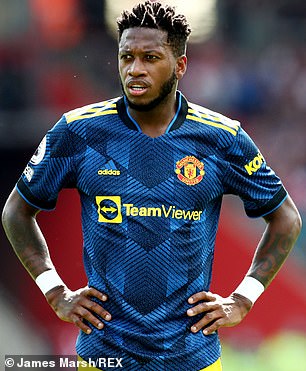 Roy Keane (left) laid into Fred (right) after the Manchester United midfielder deflected Che Adams’ shot into his own net.

‘Fred and Maguire have to do more when someone comes into your area,’ Keane told Sky Sports.

‘Fred, you’ve got to be ready to nail him and he just dangles a leg. He’s unlucky with the deflection but he’s got to do more, he’s got to do better than that.’

United felt they should have had a free-kick in the build-up to the goal, with Jack Stephens winning the ball back from Bruno Fernandes. 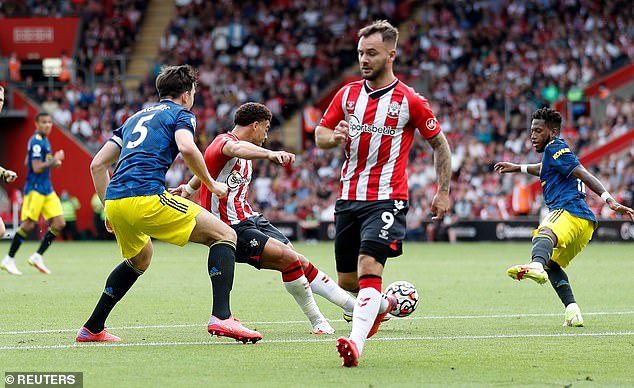 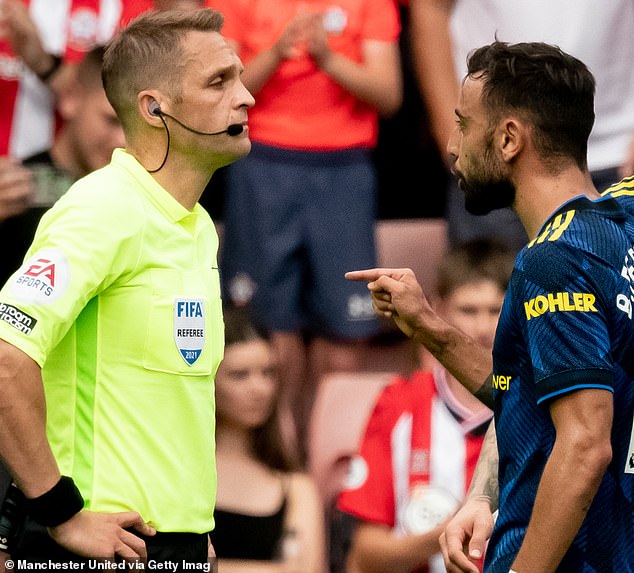 Graeme Souness and Keane disagreed on whether referee Craig Pawson should have given a free-kick.

However, Souness saw things differently. He said: ‘I want the referee to not blow his whistle as much as possible but I think the ball comes across him, it’s his (Stephens’) right thigh against the left thigh of Fernandes, he’s looking to go down anyway but I think that’s a foul.’

Sol Campbell was in agreement with Keane and inisisted Fernandes should have done more to get his body across Stephens.