Roy Keane has claimed Paul Pogba is ‘like a schoolboy’ and slammed the French midfielder after he failed to make any impact in Manchester United’s Champions League defeat to Sevilla.

Pogba was left out of Jose Mourinho’s starting line-up for the last-16 second leg on Tuesday night but came on in place of Marouane Fellaini with 30 minutes left to play.

Wissam Ben Yedder scored both of the Spanish side’s goals in the second-half and Keane slammed Pogba for failing to spot the mistake made by Antonio Valencia, which led to the opening strike at Old Trafford.

‘Pogba is a big problem and if he can’t get in the starting 11 then you’re in trouble,’ Keane said on ITV.

‘You expect big players to come on and change the game. He came on last night and did nothing. We saw with the first goal, his reaction to it was like a schoolboy.

‘He doesn’t smell danger. The reason you’re part of a team is that when your team-mate makes a mistake, you cover for him and make up for it.

‘No-one is helping each other and they’re not playing like the great United teams where you have to dig a result out even on an off night. They’re playing as individuals and don’t seem capable of being able to do that.’ 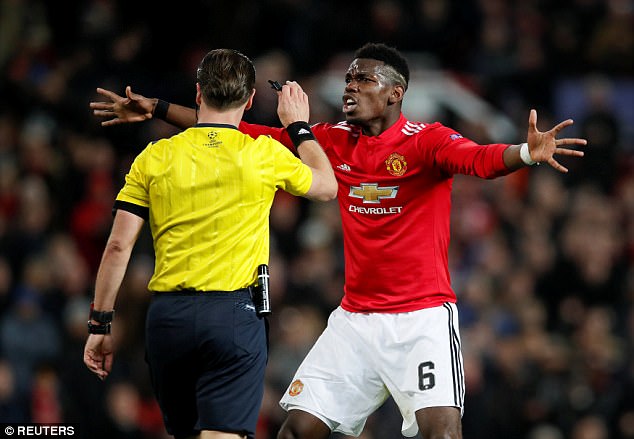 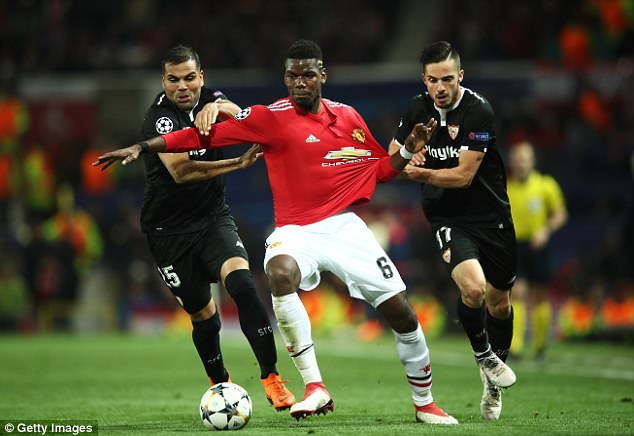 Romelu Lukaku pulled a goal back for United late on but it proved to be nothing more than a consolation. Keane took aim at the rest of the first-team squad, claiming they are struggling to cope with the pressure and expectation that comes with the red shirt.

‘When I played for United I always thought when you put on the jersey you felt great, enjoyed the history, the pressure, the badge and expectation from supporters. When I look at this team I get the impression they don’t enjoy the expectation and pressure.

‘The goals were shocking ones to give away. I’m not surprised United lost because you don’t know what you’re going to get. The goals, oh my goodness, we talk about tactics and systems but the players have to do their jobs. That’s the least you expect.’ 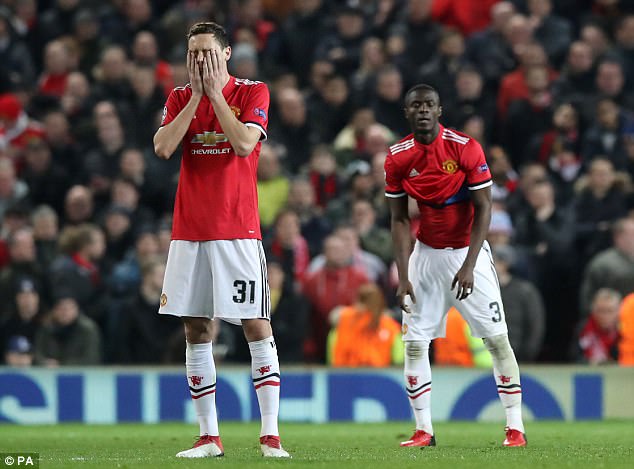 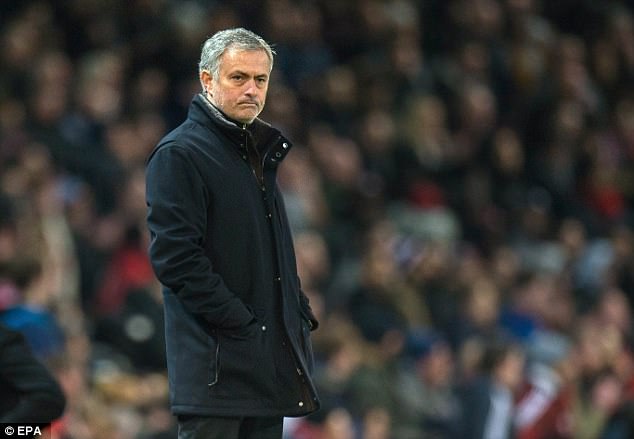 The Irishman, who made over 400 appearances for the Red Devils, was also adamant that United need to once again invest in the squad, insisting the current crop of players are not good enough to compete at the highest level.

‘The manager will take responsibility. When you see him getting interviewed he’s not shocked. He works with them every day and knows they’re short of being one of the best teams in Europe,’ he added.

‘They need some more players, they’re three or four players short. Some of them aren’t good enough but it’s not their fault. If you get selected of course you’re going to play for United but they’re short and their record over the last three or four years will tell you that.

‘The worry for me was that the manager was saying him and his staff and the players won three trophies last season. My goodness, the manager was including the Charity Shield as a major trophy. My god, you know you’re in trouble.’